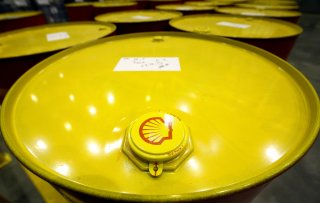 When navigating Asia’s energy landscape, two (related) concerns supersede all other issues: Asia’s vociferous appetite for energy and the looming, existential threat of climate change. Through a bold approach to global energy, the United States can simultaneously provide for the region’s energy needs on a long-term basis, combat a changing climate in areas most affected by its consequences, and challenge Chinese geopolitical supremacy in its own backyard.

In its annual International Outlook Report last year, the U.S. Energy Information Administration (EIA) projected that between 2018 and 2050, consumption of liquid fuels will jump by 22 percent in Asia while production stays high in the United States, the Organization of the Petroleum Exporting Countries, and Russia. Natural gas consumption in the region, where local production will stay flat, will rise by more than a fifth. The report also maintains that the United States will be the largest natural gas producer by mid-century, exporting more than twenty-five trillion cubic feet annually.

Increasing energy exports to U.S. allies like Japan and South Korea further bolsters the bilateral relationship Washington has with both Tokyo and Seoul while also signaling renewed confidence and support for those nations, which is valuable in the context of a rising (and more assertive) China. It is in this environment that, in the wake of an increasingly nationalist Beijing, those governments may feel inclined to favor American exports over Middle Eastern barrels. Increasing exports to India, which imports more than 80 percent of its oil, in addition to being exceptionally lucrative for U.S. energy firms (the EIA estimates India will consume more energy than the United States by 2040), would serve as a means to court the world’s largest democracy amidst its increasing hostilities with China, which in recent months have grown hot.

The method by which Beijing has been able to establish geopolitical supremacy in Eurasia and even Africa is through its mammoth Belt and Road Initiative (BRI), a global development and investment project began in 2013 as the brainchild of Chinese president Xi Jinping. His vision calls for trillions of dollars of energy and transportation infrastructure projects throughout Southeast Asia and eastern Africa. Predictably, the program’s bureaucracy is opaque and, in many instances, requires the use of Chinese financing, companies, and personnel.

The largest facet of BRI is energy, and the associated projects are far-reaching, unprecedented, and dirty. While Xi has positioned himself to be a global leader on renewables within the People’s Republic, his government is exporting energy models that emphasize high-emissions fuels, including and especially coal—by far the worst CO2 emitter of any major fuel type. In addition, the sea and ground transportation projects—some of which have been questioned for their relative usefulness—are being built with heavy materials like concrete and steel in nations with hazy environmental records.

The numbers are staggering: Chinese firms are involved in more than two hundred coal projects in dozens in BRI signatory nations, including strategically-critical states like Pakistan, Bangladesh, and Kenya. In addition, Beijing is financing about half of all new coal capacity in Egypt, Tanzania, and Zambia. Considering that the UN’s Intergovernmental Panel on Climate Change’s (IPCC) recommends that 60 percent of coal-fired power plants worldwide must be retired by 2030 in order to meet the goals outlined by the Paris Agreement, this nearly $45 billion bet on coal by China is mind-boggling and hypocritical.

Advocates of the Initiative will say that while “green” energy is certainly preferable, coal is a cheaper solution for poorer nations who are desperate to lift their people out of destitution. But if Paris signatories are serious about limiting global warming to 1.5 degrees Celsius, then following the IPCC’s recommendation would mean that BRI states would have to close coal plants they paid for before the facilities turned a significant profit. In debt to China and without a means to satisfy its energy needs, these governments would be worse off in every respect. Refuse to close the plants (which have an average lifespan of nearly forty years) and there would be little hope that the world would reach the goals outlined in the Paris Agreement.

Knowing this, it is clear that BRI is nothing more than a means by which to shore up the bottom lines of the struggling, inefficient Chinese energy conglomerates unable to compete domestically with competitive renewables, especially since Beijing has prioritized cleaner energy in an effort to placate worries about pollution, specifically in urban areas. The project is merely a way for coal giants to relive the past by exporting China’s own economic rise, which was (and still is) fueled primarily by coal.

But more than just about padding bottom lines, BRI is a no-holds-barred attempt by China to stake geopolitical and even military footholds throughout Asia and Africa. First, the Belt and Road Initiative is an overt rejection of the Western model of international development, which traditionally ties aid to a recipient nation to certain democratic standards: inclusive institution building, equal application of the rule of law, and official observation of the basic tenets of human rights. These stipulations, among others, can be found in the European Union’s acquis Communautaire and was the cornerstone of aid programs like the Marshall Plan.

Xi’s project, on the other hand, goes in the opposite direction, privileging empty notions of “national sovereignty” over democratic norms. Similar to its use of last year’s UN Human Rights Council sessions, China’s BRI undermines civil liberties by supporting authoritarians, empowering them to quash domestic dissent and encouraging them to adopt Chinese models of governance, which is marked by non-transparent systems of justice, draconian restrictions on freedom of expression (especially as it relates to cybersecurity), and even state-led ethnic cleansing. It is hardly unsurprising that nearly all of the more than seventy countries signed up to the Initiative are notoriously corrupt and quickly moving closer and closer to China’s governance model.

Ultimately, the worldwide normalization and spread of China’s despotic, suffocating approach to governing is Belt and Road’s endgame. But in order to ensure the long-term political dominance of its neighbors, Beijing uses BRI as a vehicle for military supremacy in the region. The most apparent example of this took place in late 2017 when Sri Lanka defaulted on a Chinese loan meant to fund the construction of a port in Hambantota, which is just a few hundred miles off the coast of India. China eventually forgave the debt, but only after it secured a ninety-nine-year lease of the port.

While this episode was particularly egregious, it is illustrative of Belt and Road Initiative’s true intentions: geopolitical control and military primacy. Though China uses international institutions to preach its mantra of national sovereignty and non-interference, BRI has paradoxically enabled Beijing to force South Asian and African countries to move in lockstep with them on the international stage while also carving physical spaces out of those same nations for Chinese use—all under the promise of commercialization and cheap, reliable energy sources.

Indeed, there are more than three dozen ports financed by China dotting the coasts of Southeast Asia and Africa. Not all of them will be swept up like the one in Hambantota, but their existence exerts pressure onto the host countries to give China preferential access to ports along strategically pivotal waterways like the South China Sea, Bay of Bengal, Persian Gulf, Arabian and Red Seas, and the Gulf of Aden, giving China full oversight of the trade and military activities that take place in these chokepoints.

The United States must respond to the Belt and Road Initiative in a manner that emphasizes the program’s weaknesses as well as the affected nations’ energy needs and the global threat of climate change. This is the only way Washington can strengthen its geopolitical position in the region at the expense of Beijing.

America should offer financial and logistical assistance for energy-related projects with better terms than their Chinese counterparts. Rather than making irresponsibly sized loans for inefficient, dirty ventures, Washington should give low-interest loans to finance low-emissions schemes like solar farms, hydroelectric facilities, wind parks, and LNG terminals. Instead of insisting on contracting out to American personnel only, the loans should stipulate that the contracted company should hire domestically within the recipient nation, ensuring maximum employment. In an effort to increase political transparency, the United States should make the grant contingent on the recipient nation providing a clear and traceable monetary trail that can be audited so as to safeguard the money from corrupt policymakers. Such an audit should also help to guarantee adequate protection for workers and the environment.

In order to best facilitate cooperation on this scale and with these preconditions, the United States need not create a program equal in size to the Belt and Road Initiative. Washington should also stay clear of bringing the World Bank or the International Monetary Fund into the fold, both of which have been successfully scapegoated by China. Rather, Washington should double or even triple the lending capacity of the recently created International Development Finance Corporation (DFC), which experts have called on to directly compete with BRI. Indeed, there is precedent for this sort of investing: the Corporation recently announced a nearly $2 billion investment in the energy infrastructures of both Ukraine and Mozambique.