Get Ready for the Sino-Iranian Grand Alliance 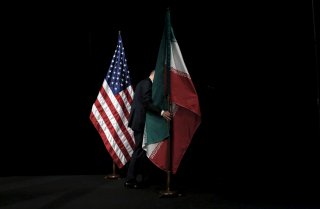 Reports of a massive twenty-five-year investment and security partnership between China and Iran have caused a stir in Washington, suggesting that Trump’s “maximum pressure” campaign to isolate Tehran has failed.

But the United States is not the only country concerned about the prospect of a Sino-Iranian grand alliance. India has various investments in Iran that could be threatened by the Chinese economic juggernaut.

There are already warning signs. Indian companies have reportedly been dropped from Iranian transport and energy deals at the same time as China looks set to invest heavily in those sectors, raising fears that Beijing is driving India out of Iran.

That the deal would set off alarm bells in Delhi is no surprise. Not only have relations between India and China been strained by a recent escalation of their border dispute, but Delhi has long been wary of China’s growing influence in its neighborhood.

Beijing, through its Belt and Road Initiative, has poured money into strategic infrastructure projects in the Indian Ocean region, including ports that may eventually have a military application. One of these, Gwadar, is located in Pakistan.

But fears that China is trying to expel India from Iran are unwarranted. While Indian projects are indeed struggling, that is the result of U.S. sanctions, not Chinese expansionism. And the much-hyped China-Iran investment deal is far less significant than media reports suggest.

India has been trying to boost its presence in Iran for decades, but those efforts got a new lease of life when sanctions against the Iranian economy were lifted following the conclusion of the nuclear deal (JCPOA) in 2015.

The Indian prime minister, Narendra Modi, was quick to pounce. Iran had much to offer, including plentiful energy supplies and a gateway to Afghanistan and Central Asia that bypassed Pakistan, which bans India’s exports from transiting its territory.

Indian companies resuscitated an old deal to develop the Farzad-B gas field in the Persian Gulf region. And, in 2016, Modi signed an agreement with his Iranian and Afghan counterparts to establish a new trade route between India and Afghanistan.

To that end, India agreed to upgrade the port of Chabahar in Iran’s south-east and build a railway line from Chabahar to the Afghan border. This would give landlocked Afghanistan access to the sea, increase commerce, and help improve its ruined economy.

For India, Chabahar not only facilitated oil imports and opened up Afghanistan and Central Asia, but provided a counterweight to the nearby China-backed port of Gwadar, one hundred kilometers down the coast in Pakistan.

And, for Iran, Chabahar would be its first oceanic, deepwater port, facilitating integration into the regional economy after years of isolation and impoverishment caused by crippling sanctions.

However, the project would soon run into the sand. Trump took office in 2017 vowing to scrap the Iran nuclear deal. India needed a private partner to operate Chabahar, but companies were deterred by the prospect of renewed U.S. sanctions.

In 2018 Trump withdrew from the nuclear deal and sanctions were reimposed later that year. But Chabahar was granted a waiver because of its potential role in the reconstruction of Afghanistan.

Even with that waiver, India has failed to find a private operator for Chabahar. It has also proven impossible to procure the machinery required to equip the port. Last summer, it was reported that Delhi had spent none of its allocated budget for the project since 2017.

Container traffic is negligible, with the port operating at below 10 percent of its annual capacity. Low export volumes mean ships leave with empty containers, raising costs. Indian ports have tried to incentivize trade by offering discounted tariffs, but with little success.

India has apparently made no progress on the railway, either, forcing Iran to move ahead on its own. Iran has also decided to find a new partner for the Farzad B gas field project after Indian companies dragged their feet.

Sanctions threaten another component of India’s connectivity agenda, the International North-South Transport Corridor, which would connect Mumbai with St. Petersburg via Iran and the Caucasus. But rail links along the Iranian portion of the route remain incomplete.

Trump cannot be blamed entirely for India’s travails. The economic rationale behind Chabahar was always shaky. While it enables India to bypass Pakistan, trade with Afghanistan, a war-torn narco-state heavily dependent on foreign aid, will inevitably remain limited for the foreseeable future.

And, for much of Afghanistan, Pakistan’s southern ports of Karachi and Port Qasim provide a quicker route to the sea than Chabahar. Gwadar has recently emerged as another Afghan transit option, receiving its first cargo shipment in January.

True, the Afghan-Pakistan border has periodically been closed due to political crises, but the bilateral relationship is improving and there are plans afoot to extend the China-Pakistan Economic Corridor to Afghanistan.

Chabahar may get a shot in the arm if Joe Biden wins the 2020 presidential election and rejoins the JCPOA, as he has pledged. But it is not guaranteed that Iran would want to resuscitate the deal, given the rise of anti-American hardliners in its domestic politics.

And, even if Washington does reenter the agreement, some sanctions would still remain in place, limiting foreign investment. The JCPOA lifted “secondary sanctions,” targeting non-United States companies, but not “primary sanctions,” which freeze Iran out of the U.S. economy.

While European businesses were eager to enter the Iranian market after the JCPOA was signed, progress was undermined by those primary sanctions, which made it difficult to access financing and exposed companies to potential legal jeopardy.

When Trump withdrew from the JCPOA in 2018, some feared that Beijing would capitalize on the flight of European companies out of Iran to vastly expand its economic footprint at the west’s expense. But that has not happened.

China, eager to secure its “phase one” trade deal with the United States, has largely complied with the sanctions. As a result, imports of Iranian oil have declined precipitously, reaching new lows in June 2020. Other indicators of economic activity are similarly dismal.

The deal China is negotiating with Iran has been exaggerated. It is not new, but the formalization of a “comprehensive strategic partnership” signed in 2016. Beijing has CSPs with numerous countries, including Saudi Arabia, Egypt, and the UAE. Iran is not unique.

Reports that Beijing is gearing up to invest $400 billion in the Iranian economy are unrealistic. A leaked, unverified version of the deal made no mention of such figures and was more of a roadmap than a detailed, legally-binding agreement.

to $400 billion in a heavily-sanctioned economy is highly improbable, especially when one considers that Chinese investment in Iran has been declining, according to the AEI.

While the Belt and Road Initiative has made little progress in Iran, China’s Port Khalifa in Abu Dhabi is already operating. Why would Beijing jeopardize valuable economic relationships with the Emirates and other Gulf states by cozying up to their adversary?

Iran has been a difficult market for Chinese companies, with repeated project delays and cancellations. For example, China National Petroleum Corporation twice withdrew from the South Pars gas field due to sanctions.

Beijing is not magically immune from the problems facing Indian and other foreign businesses in Iran. Fears that India will be driven out by Chinese largesse are unfounded. Delhi’s investments have failed not because of Beijing, but because of Washington.

India is a key partner in U.S. efforts to contain China, but Trump’s Iran policy has undermined Delhi’s regional position while failing to extract any meaningful concessions from Tehran.

Leaving the JCPOA has turned out to be a massive strategic own-goal.