Get Ready World: The U.S.-Russian Rivalry Is Back 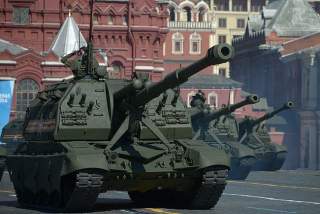 The May 25 presidential elections in Ukraine mark the end of the beginning in Ukraine; but they do not mark the end of the story, which will continue to evolve and could possibly turn more violent. Yet, the elections and their results give Ukraine more of a chance at avoiding a full-scale civil war and sticking together, even as it deals with current and future hardships.

The area of competition is again Eastern Europe; only this time, further to the east of its Cold War namesake. In a region which includes Ukraine, Moldova, Georgia, Armenia, Belarus, Azerbaijan, and also the unrecognized Transnistria, Abkhazia, South Ossetia and Nagorno-Karabakh, fault lines have developed both within and between countries.

Some of these countries, like Georgia, lean toward the European Union; others, such as Belarus, toward Russia; some are battleground states; and there is only one outlier, Azerbaijan. The “gray” buffer zone between Europe and Russia, which has existed ever since the breakup of the Soviet Union, is unraveling.

Russia is pivoting away from Europe and the West. It is pivoting toward itself as a unique civilization related to, but separate from, Western Europe. It is also pivoting to its former empire in Eurasia, redesigned as a Russia-led economic and security union. Lastly, it is pivoting to China, which is seen as a new center of global economic and political power.

All these changes are happening in an atmosphere of intensifying competition. The revolutionary coup in Kiev, supported by Washington, was interpreted in Moscow as a prelude to Ukraine’s eventual accession to NATO. President Putin responded with his own coup in Crimea, which resulted in the peninsula’s incorporation into Russia. The U.S.-Russian tussle over Ukraine has become the first case of open, great-power clash since the end of the Cold War.

In this new rivalry, Europe is both a player, as America’s ally in NATO, and an area of competition in its own right. Europeans are divided in their attitudes toward Russia. Those geographically closer and still reeling from the Soviet era are more wary than those farther afield, who are more relaxed; political elites with little interest in Russia are more critical than the business circles, who have something to lose; and anti–European Union, anti–United States elements see Putin as their ally.

Although the new rivalry is confined to a relatively small region and is peripheral to the United States’ and even Europe’s core interests, it has implications for the wider world. Russia’s shift to the east, which strengthens its alignment with China, is gaining more strategic depth. The Sino-Russian gas deal, signed in Shanghai on May 21, embodies and symbolizes a new quality to the relationship between Moscow and Beijing.

Four decades after Nixon’s groundbreaking trip to China, the strategic triangle between the United States, China and Russia looks very different, with China, rather than America, having better relations with the two other powers. This puts Japan in a more difficult situation: Tokyo is Washington’s ally; it fears Beijing and hopes to improve relations with Moscow. Yet Prime Minister Shinzo Abe perseveres in his strategy of rapprochement with Russia, and looks forward to hosting Putin in the fall of 2014.

Across the Middle East, Russia and the United States continue to share some interests, with respect to fighting terrorism or preventing further nuclear proliferation. But in the wake of the Ukraine crisis, Moscow has become more active in its support for Syria’s Assad, strengthening ties to Tehran, and reaching out to Egypt and Saudi Arabia—even as it has managed to protect its special relationship with Israel. U.S.-Russian competition in the Middle East, albeit at a lower level than during the Cold War, is again a reality.

This new competition is essentially being fought on the terrain of economics and information flows and will eventually be decided by economic factors and popular attitudes. This relates to Ukraine, which faces a dire economic situation. This relates to Russia and its ability to use Western economic sanctions to reinvent itself. The alternatives are the country’s breakdown and a possible breakup, or it becoming China’s economic satellite. This relates to Moscow’s Eurasian Union project, which will rise or fall on economic, not geopolitical grounds. And of course, it relates to the European Union, which faces a conflict between the need for further integration and many people’s reluctance to go for it, as evidenced in the elections to the European Parliament, also held on May 25.

As for the United States, its foreign policy can only be as effective as its resources permit. Whether in Ukraine, NATO or the Middle East, Washington has been limiting its commitment. This makes for a more level playing field.

Dmitri Trenin is the Director of the Carnegie Moscow Center.