Getting America and Russia Back to Normal 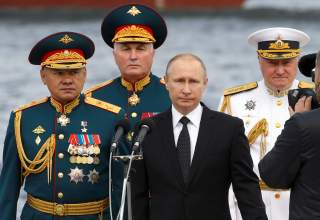 The United States can and should pursue a second objective as part of the effort to protect the integrity of its electoral system. Besides the release of hacked information, slanted news coverage and indiscriminate injection of fake news, Russian cyber agents evidently had American collaborators who helped them target voters in key electoral districts. The two sides need to agree to prevent this in the future, with each side assuming responsibility for clamping down on partners in its country.

These two key U.S. objectives would largely eliminate election interference as a national-security threat. Russia would need to decide what vital domestic interest it wishes to protect against what it sees as illicit U.S. activity, or, failing that, whether removing this barrier to progress in U.S.-Russian relations is not reason enough to agree to these red lines.

Thus Putin and his entourage, the Trump administration, and the U.S. Congress have a large choice to make: either recognize how paralyzing the problem of Russian interference in the U.S. election is, assess the price both countries are paying for the deadlock and reframe the problem in a fashion admitting some hope of solution; or change nothing, each carrying on as now and all eventually paying the price.

Robert Legvold is the Marshall D. Shulman Professor Emeritus in the Department of Political Science at Columbia University.