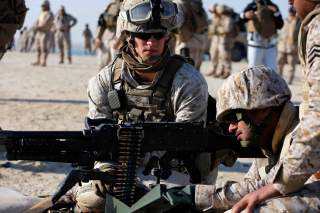 HOW WILL Donald Trump deal with Saudi Arabia? Relations with Saudi Arabia deteriorated during the Obama administration, and require a lot of work to repair. But the first question that the new administration will have to address is the extent to which it even wants to. On one hand, the U.S.-Saudi connection is vital to preserving a low, or at least stable, price of oil, traditionally seen as Washington’s most important interest in the region. Riyadh is also the leader of a “moderate” or at least relatively pro-Western camp of Arab states, opposing rogue regimes, like Iran, that sponsor terrorism. In particular, Saudi Arabia is an integral counterterrorism partner, playing a major role in combating terrorism funding and the day-to-day disruption of Al Qaeda, the Islamic State and like-minded jihadists.

It is commonplace to say that the two countries need each other and that necessity will keep them close, but shared interests, while still real, have diminished. Although President Obama sold the kingdom over $100 billion in arms, the Saudi media frequently portrayed his administration as unreliable and hostile. Oil prices are half of what they were in 2014. The shale and fracking revolution has transformed the United States into a major oil exporter—and thus a competitor of the kingdom. Saudi leaders were outraged that the United States abandoned Hosni Mubarak’s regime, and they subsequently backed the coup in Egypt, in opposition to U.S. policy. Although painstaking diplomacy may have removed the specter of a nuclear Iran for the time being, the Saudis opposed the deal, fearing a closer relationship between Washington and Tehran. Libya and Syria, once sources of external aggression, are now mired in strife. It is their weakness, not strength, that poses a threat to the region. Most Saudis do not share U.S. values regarding women’s and LGBTQ rights, religious liberty and other basic freedoms that are fundamental to American society, yet the Obama administration largely abandoned criticizing the Saudi regime on human-rights grounds.

Today, what keeps the relationship together is counterterrorism, where Saudi Arabia plays a major role sharing intelligence, countering terrorist financing and assisting U.S. military operations. A number of prominent counterterrorism and national-security officials penned an open letter in the fall, declaring, “Over time, the Kingdom has evolved into one of Washington’s most important and reliable partners in counterterrorism, both globally and within the region.”

Yet even the counterterrorism relationship is troubled. In 2016, Congress overrode President Obama’s veto and passed the Justice Against Sponsors of Terrorism Act (JASTA), which narrows the scope of sovereign immunity with regard to counterterrorism, enabling 9/11 victims and others to sue Saudi Arabia for any support it gave to terrorists. Sen. Chuck Schumer, a supporter of JASTA, contended that the Saudis “provided financial support to terror-linked operations.” Sen. Chris Murphy, another northeastern Democrat, offered a broader criticism, noting,

We have largely turned the other way and allowed for the Saudis to create a version of Islam which has become the building blocks for the very groups that we are fighting today. And we have plead with them, we have asked them to stop, and the evidence suggests they have not.

In a leaked 2013 closed-door speech, Hillary Clinton declared, “The Saudis have exported more extreme ideology than any other place on earth over the course of the last thirty years.”

The truth is that counterterrorism is complex and defies simplistic labels. Saudi Arabia has made considerable progress in the last fifteen years. But it still has a long way to go. Before the September 11, 2001 terrorist attacks—and really, until Al Qaeda began to attack the kingdom directly in May 2003—Saudi Arabia was largely uncooperative, more often part of the problem than the solution. Since 2003, the Saudi regime has emerged as a crucial counterterrorism partner, and contributed to several important successes against Al Qaeda. Complicating this picture, however, is an array of preachers and nongovernmental organizations, some of which contribute to regime legitimacy. Depending on the occasion, Riyadh will support, ignore or crack down on these actors. Government support for them contributes to an overall climate of radicalization, making it far more difficult to stem violent extremism. As a result, the kingdom still spews out anti-Semitic and sectarian rhetoric, often glorifying conflicts in which jihadists play an active role.

Donald Trump must recognize that Washington’s ability to influence the kingdom is limited, given domestic sensitivities. In the end, policymakers would do well to remember that Saudi Arabia is a key partner, but not a friend: Washington and Riyadh share many common interests, but they do not share common values or a common worldview.

SAUDI ARABIA has always been a conservative Muslim country, but when the kingdom assumed its modern form in 1932 its religious energy was initially focused inward. In the 1960s, however, King Faisal bin Abdul-Aziz sought to form alliances based on a shared Muslim identity. Religion was meant to thwart the radical pan-Arabism of Egyptian president Gamal Abdel Nasser that was then threatening the legitimacy of monarchies throughout the region. Such an identity was meant to unite states against international Communism, which Faisal and the Saudi leadership vehemently opposed, and support Palestinian independence. Domestic politics also played a role: Faisal had essentially usurped the throne from his inept brother Saud, and support from the religious establishment was central to ensuring his legitimacy. To this end, Faisal created the Organization of Islamic Cooperation and the Muslim World League, and embraced an array of religious causes abroad.

The oil price surge, due to the 1973 Arab-Israeli War, and the resulting oil embargo and production cutback, enabled Saudi Arabia to contribute massive amounts to Islamic causes around the world. In the decades that followed, Faisal’s successors supported the building of mosques, Islamic centers and schools “by the thousands around the world.” Fahd bin Abdul-Aziz formally took power in 1982. His website claims that Saudi scholars helped create and administer two hundred Islamic colleges, 210 Islamic centers, 1,500 mosques and two thousand schools for Muslim children in non-Muslim countries. Former Treasury Department official David Aufhauser put the total figure for spending on these causes “north of $75 billion.”

Much of this religious teaching and proselytizing was done outside the Saudi state by various charities that educated, provided health care and otherwise offered services as part of their mission. A European Parliament report claimed the Saudis spent $10 billion to promote Salafism, the austere and puritanical version of Islam often referred to as Wahhabism, through charities like the Muslim World League, Islamic International Relief Organization, the Al Haramain Foundation, the Medical Emergency Relief Charity and the World Assembly of Muslim Youth. Some of these charities were linked to terrorist groups like Al Qaeda and became an important part of the organization, particularly before 9/11. The Muslim World League reportedly funded training camps and religious schools in Pakistan and Afghanistan, exposing Afghans, Pakistanis and foreigners to extremist ideologies. Al Haramain had a presence in roughly fifty countries and spent tens of millions of dollars. Most went to proselytizing and humanitarian work, but some went to jihadist networks.

The kingdom was sluggish to recognize the threat of terrorism and reluctant to cooperate with the United States. After the 1996 Khobar Towers bombing, which killed nineteen American servicemen stationed on Saudi soil, Riyadh did not share vital information with U.S. intelligence. Many of the causes linked to the global jihadist movement, like the fighting in Kashmir and Chechnya, enjoyed wide legitimacy within the kingdom. Citizen support for these conflicts seemed to pose no direct threat to Saudi security. The Interior Minister in the 1990s, Nayef bin Abdel Aziz (the father of the current crown prince), held that Osama bin Laden’s terrorist reputation was a product of U.S. propaganda, and after 9/11 initially blamed the attacks on a “Zionist plot.”

The situation changed not long after. On February 14, 2003, bin Laden issued a message essentially declaring war against the House of Saud. Al Qaeda began to attack the kingdom directly, targeting expatriates and security forces alike. Between 2003 and 2006, casualties reached into the hundreds. The current crown prince and longtime counterterrorism czar, Mohammed bin Nayef, led the campaign against Al Qaeda, ultimately devastating its organization in the kingdom. As a result of these attacks, Saudi Arabia embraced intelligence cooperation with the United States and began to see Al Qaeda as a deadly threat. Writing in 2004, the 9/11 Commission declared, “The Kingdom of Saudi Arabia is now locked in mortal combat with al Qaeda.”

In 2008 the United States and Saudi Arabia signed a bilateral agreement on technical counterterrorism cooperation. Under the agreement, Washington provides advisers, funded by Riyadh, to assist on security measures. The U.S. military also trains Saudi forces.

The shift in the Saudi approach and the importance of Saudi Arabia’s role in counterterrorism can be seen in several successes against Al Qaeda in the Arabian Peninsula (AQAP). One of the more notable examples of Saudi Arabia’s increasingly important role in combatting terrorism was the foiled 2010 AQAP cargo-plane bomb plot. According to the New York Times, Saudi intelligence officials provided the critical tipoff to their American and European counterparts, which allowed British and Emirati security personnel to intercept the expertly concealed bombs that were already en route to the United States. The last-minute intelligence was the product of long-running Saudi intelligence operations to infiltrate AQAP. The Saudi connection was probably decisive, as the concealed explosives had already cleared multiple security screenings before the timely warning initiated the successful multilateral worldwide search. In addition to these human-intelligence capabilities within jihadist circles (not easily matched by Western intelligence), Saudi Arabia also plays a central role in the U.S. campaign against AQAP, according to the BBC.