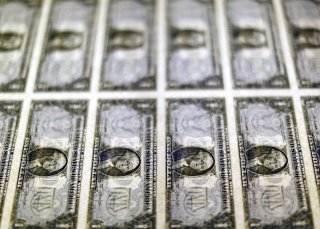 The American president, Thomas Jefferson, is accredited with the following comment: “It is incumbent on every generation to pay its own debts as it goes. A principle which if acted on would save one-half the wars of the world.” For anyone counting, the current generation of Americans, Chinese, Japanese and Europeans has accumulated considerable debts. To be certain, the subject of debt is not popular in the corridors of Washington, Tokyo, Rome and Beijing. Indeed, the upward trajectory of debt is not a problem in the short term as interest rates remain low. The risk comes when global monetary policy becomes tighter (which is slowly happening) and growth slows (which is likely in the next two years). A confluence of rising rates, slower economic growth, and heavy debt burdens will make the next recession a brutal affair—quite possibly worse than in 2008.

The Great Recession was highly disruptive to the global economy and its effects are still being felt ten years later. Global growth has returned, but the heavy reliance on monetary accommodation has left a major structural problem in many major economies—the build-up in debt for both governments and companies. According to the IMF, global debt hit a new record high of $164 trillion in 2016, which is equal to 225 percent of global GDP. It was $61.8 trillion in 2001.

While it can be argued that massive stimulus was necessary to avoid another Great Depression, the problem is that once economic growth resumed, the shift to normalize interest rates lagged. In many regards, most major central banks demonstrated considerable reluctance to reduce liquidity due to concerns about financial markets and economies not being ready for such an adjustment. Consequently the Federal Reserve, the Bank of England, European Central bank, and Bank of Japan maintained record low rates and most adopted quantitative easing (QE) programs that entailed central bank purchases of securities. Indeed, in 2013, the Federal Reserve caused a panic among investors in reaction to news that the U.S. central bank was tapering, i.e. slowly reducing the amount of money it puts in the economy, which, in theory, seeks to gradually reduce the economy’s reliance on that money.

The challenge ahead for governments, especially the United States, is that while economic growth remains strong, they need to go on a debt diet. But the picture is not encouraging as reflected by the following data points from the International Monetary Fund’s April 2018 Fiscal Monitor:

- The world is now 12 percent of GDP deeper in debt than the previous peak in 2009, with China as a driving force;

- Public debt plays an important role in the surge of global debt, with little improvement expected over the medium term (partially due to an expected rise in U.S. debt related to widening fiscal deficits due to the Trump tax cuts);

- For advanced economies, debt-to-GDP ratios have plateaued since 2012 above 105 percent of GDP—levels not seen since World War II—and are expected to decline only marginally over the medium term;

- In emerging market and middle income economies debt-to-GDP ratios in 2017 reached almost 50 percent, a level not seen since during the 1980s debt crisis (that rocked Latin America and parts of Africa and Asia). And the IMF expects that to continue on an upward trend.

- One of the major forces in large debt burdens are large primary deficits, which are at their highest in decades in the cases of emerging markets and developing economies.

- The IMF (as well as the Organization for Economic Cooperation and Development and the Bank for International Settlements) is concerned that failure to follow more prudent fiscal policies, which bring fiscal deficits under control and reduce state reliance on debt, will mean less flexibility in dealing with the next economic downturn.

The combination of the above numbers and trends has two direct impacts on the global economy and markets. First, the countries with large and widening fiscal deficits (like the United States) will need to come to market to obtain more money to pay their bills. The IMF forecasts that U.S. fiscal deficits will hit over 5.0 percent in 2018 (hitting a peak of 5.9 percent in 2019), while total financing needs will remain above 20 percent of GDP from 2018 through 2020. The United States is not alone among advanced economies in having high financing needs—Belgium, Italy, Japan, Portugal and Spain.

While the heavy financing needs of advanced economies is alarming, there are a number of emerging market and middle-income economies that have financing needs in excess of 10 percent of their GDP in 2018 and 2019. These include Argentina, Brazil, Egypt, Hungary, Pakistan and South Africa.

Confidence in sovereign creditworthiness becomes increasingly important as heavily indebted governments will need to roll over debt. The IMF notes that “market access could be disrupted if global financing conditions tighten abruptly or if there is a shift in investor sentiment.” And investors have become more skittish.

Second, what the IMF and others are urging is that governments begin to make more serious efforts to bring fiscal deficits under control, especially since the global economy is still growing. As the IMF notes: “the optimal policy in normal times is to reduce debt ratios gradually but persistently in anticipation of future large negative events.”

Considering that the U.S. economic expansion is already one of the longest in the postwar era, being extended by the tax cut, the United States has gained one year or perhaps two more years of growth before a recession hits. However, IMF projections for U.S. government debt are set to increase from 108.0 percent of GDP in 2018 to 111.3 percent in 2020. Japan carries the highest debt load, equal to 236.0 percent in 2018 and set to fall to 232.0 in 2020 (though much of it is held by domestic investors less likely to dump it in the case of a financial market shock). Other major government debtors, like France and Italy, are set to decline, but their burdens remain substantial.

The issue of public sector debt and fiscal deficits is something that has faded from policymaking circles in Washington. Ironically the Republicans used to be the party that advocated for prudent fiscal policies, yet the Grand Old Party is presiding over one of the largest debt buildups in U.S. history. The problem is that the largest contributor to U.S. deficits and debt is mandatory spending for entitlement programs such as Social Security, Medicare, Medicaid and other income assistance programs. Tackling entitlement spending is not a politically popular approach. But the consequences of not taking action as debt climbs ever higher are going to be a problem, especially when the next recession sets in. As 2018 is an election year, the likelihood of any action on this front is exceedingly low. Moreover, if the Democrats retake the House—and possibly the Senate—chances of action on this front also remain low.

The IMF has clearly sounded the alarm on the issue of rising debt. There remains time to take action, but the political landscape is a problem for tackling such matters—not only in the United States, but in many countries around the world, such as China (where is the issue is corporate debt), Italy and Japan. This issue is not going to go away, but will increasingly reappear to bedevil markets as prospects for the next recession come closer and closer.