To Go Nuclear or Not: Does the Non-Proliferation Treaty Really Matter? 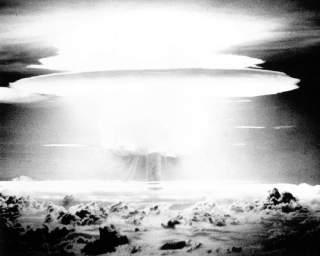 The nuclear status quo of the world is in flux. The rise of China and the growing Russian challenge have implications for proliferation incentives. This poses an extraordinary challenge to the nuclear order, which is codified by the Non-Proliferation Treaty (NPT), a fundamentally status quo–oriented treaty. The 2015 Review Conference takes place in New York next year. For many, the NPT is the foundation of nuclear order. Actually, the NPT is much less influential in international security than is commonly believed. The decision by countries of whether or not to go nuclear is first and foremost about strategy and geopolitics given a state’s specific position in contingent historical situations. The focus in current debates on “strengthening” the NPT and the nonproliferation regime to assure non-nuclear states that they are safer without nuclear weapons per se misses the point. Rather, it is a feeling of long-term security that diminishes the incentives for states to go nuclear. Signing the NPT may have a certain value in making states feel safer, but it is not the central factor.

Our own research on West Germany and Australia during the Cold War confirms that the NPT had no effect on Bonn and Canberra’s decision whether or not to go nuclear. Additionally, our research shows that U.S. alliances should primarily be regarded as political instruments to maintain U.S. interests and the U.S. power position in geopolitical terms.

In the case of West Germany, the NPT had in fact no nonproliferation effect. Even if the Federal Republic of Germany’s (FRG) accession to the treaty (signing 1969, ratification 1975) cemented the non-nuclear status of the FRG, the NPT was not a necessary or sufficient tool to keep Germany non-nuclear. Given the persistence of the Cold War, the division of Germany, the FRG’s undisputed Westbindung and the national interest to achieve reunification, there was no “danger” that the FRG would go nuclear sooner or later without the NPT. Bonn had constantly pursued a limited nuclear revisionism since the late 1950s when West Germany had started to develop a peculiar form of nuclear policy that was oriented towards NATO and the U.S. nuclear umbrella. In Bonn, any assessment of costs (like a potential loss of protection in NATO and a military intervention at least by the Soviet Union) and gains let the policy option to strive for a national nuclear capability look totally unbearable. The German government even shared a basic thesis of nonproliferation policy: the spread of nuclear weapons would be destabilizing. The German government was in favor of nonproliferation policy. But it did not accept any means to deal with the prospect of proliferation. It rejected the NPT as a means of power politics to consolidate the relative “margin of power” of the nuclear beati possidentes. Originally, the German government rejected the NPT for a couple of other complex reasons, but not because of an interest in becoming an atomic power. According to Germany’s limited nuclear revisionism, Bonn envisaged to bolster the FRG’s position in NATO as a nuclear alliance and to expand Bonn’s influence in nuclear matters without becoming an atomic power. The overall function of German nuclear policy was deeply political. By pursuing a limited nuclear revisionism, West Germany intended to fortify her ties to the West. Thus, Bonn’s nuclear policy ultimately had a geopolitical function. Consequently and regarding West Germany during the Cold War, U.S. extended nuclear deterrence and NATO can be regarded as geopolitical tools and not as positive security assurances, which decisively incentivized Bonn not to seek the national control of nuclear weapons.

As a new book shows, in Australia’s case, the decision about whether or not to go nuclear was not determined by U.S. security guarantees, which were pitifully weak anyway. It was because by the early 1970s, the Asia-Pacific had become a much more stable region. That and the conclusion made by policy makers that Australia would not face any major nuclear or conventional threats without the United States being involved. Furthermore, Washington did little to dissuade Canberra from seeking the bomb. Secretary of Defense Robert McNamara admitted himself it would be an entirely sensible option for Australia. Prime Minister Gough Whitlam signed the NPT in 1973, effectively classing Australia as a Non-Nuclear Weapon State (NNWS). It would be misleading to believe, however, that consequently policy makers did not consider nuclear weapons and nuclear deterrence as integral to Australian security. A careful examination of the language contained in successive Defence White Papers since the 1970s shows quite the opposite to be true. For example, the 1994 Defence White Paper would state:

… the use of nuclear weapons remains possible… although it is hard to envisage the circumstances in which Australia could be threatened by nuclear weapons, we cannot rule out that possibility. We will continue to rely on the extended deterrence of the US nuclear capability to deter any nuclear threat or attack on Australia.

The decision to sign the NPT did not mean that Australia did not strongly believe in maintaining nuclear deterrence, but rather that policy makers were willing to “outsource” deterrence to Australia’s new primary security partner—the United States; strategically, it was a more cost-effective option. This decision, however, was premised on the fact that Asia had become a pretty stable region in which to live.

Our research about two non-nuclear U.S. allies, West Germany and Australia—which were located in two entirely different political and strategic environments, but both profited from U.S. extended nuclear deterrence—suggests that historical analysis of individual proliferation choices should above all appreciate paramount politico-strategic calculations by decision makers and administrative elites. In both cases, the NPT had no effect on individual proliferation choices. It was really strategic and geopolitical considerations that were integral to remaining non-nuclear and thus being able to accede to the NPT. Now the geopolitical order that underpinned the NPT is on shaky foundations, which should push us to think about the real value of the NPT in international security.

Christine Leah is a Chauncey Postdoctoral Fellow in Grand Strategy at Yale University. Andreas Lutsch is an Assistant Professor, Modern History, University of Wuerzburg, Germany. Both are members of the Nuclear Proliferation International History Project.