Obama and Israel: Farewell to a True Friend 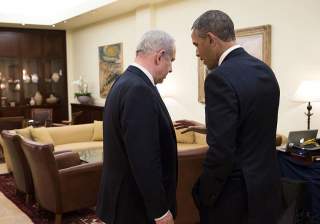 Addressing the delegates to the AIPAC National Conference on March 21, 2016, then candidate for president Donald Trump asserted that President Barack Obama “may be the worst thing to ever happen to Israel, believe me, believe me. And you know it and you know it better than anybody." This view is still shared by many right-wing Israelis as well as by many members of the American Jewish community. Yet nothing can be farther than the truth. Indeed, former Israeli prime minister Ehud Barak, a close observer of the web of U.S.-Israel defense relations in past decades, was much closer to reality when, in an interview on CNN on July 30, 2012, at the peak of the U.S.-Israeli disagreement over the Iran nuclear issue, he said: “I should tell you, honestly, that this administration under President Obama is doing, in regard to our security, more than anything that I can remember in the past.”

In some areas, in comparison to previous U.S. presidential administrations, American support of Israel remained robust yet did not experience dramatic change. This is particularly the case with regard to U.S. security assistance to Israel, which amounted to over $30 billion during Obama’s eight years in the White House. Also very significant but not novel is the unique permission Israel has received to spend some of the U.S. funds in Israel—rather than simply reimburse U.S. arms manufacturers for its purchases of weapons and ammunition. Thus, during Obama’s two terms Israel was allowed to convert $7.9 billion—comprising 26.3 percent of the total assistance—for local purchases. This unusual arrangement only grew in magnitude during the Obama years, as the administration supported increased Israeli investments in missile and rocket defenses—primarily, but not exclusively, the increased production and deployment of multiple missile batteries to support the Iron Dome air-defense system.

Still in this realm, a few months before leaving office the Obama administration concluded a Memorandum of Understanding with Israel, further increasing annual U.S. security assistance to the Jewish state by $3.8 billion. In fact, in the fall of 2015, after the Joint Comprehensive Plan of Action nuclear agreement with Iran was concluded but before it was approved by the U.S. Congress, there were strong indications that the Obama administration was willing to increase this annual level to $4.5 billion. Unfortunately, Israeli Prime Minister Netanyahu’s insistence on taking the fight against the Iran deal to Congress made it impossible to conclude the MOU with the Obama administration under such favorable terms.

While U.S. security assistance continued and even increased during the Obama years, it could be argued that the administration was not the principle locomotive pulling this assistance to ever-higher levels. Indeed, it was the U.S. Congress that often played the primary role in orchestrating such aid increases. Yet in two other realms in which U.S.-Israeli defense cooperation broke previous ceilings during the Obama presidency, the role of the U.S Congress was either limited (in the first case) or nonexistent (in the second).

The first of the two realms concerns America’s long-standing commitment to maintaining Israel’s qualitative military edge. There is no evidence that this commitment has eroded during the Obama years. Indeed, quite the opposite seems to have happened. Thus, only a few weeks ago Israel received the first two F-35s, in the framework of an agreement to supply Israel with two squadrons of the world’s most advanced aircraft. Israel is the first and only country in the Middle East to have received the stealth fighter jets.

An even more dramatic change occurring during the Obama presidency is that for the first time ever, the United States and Israel cooperated in conducting joint offensive operations. As David Sanger of the New York Times has carefully and meticulously documented, the centerpiece of these operations was the use of cyber weapons to render Iran’s uranium-enrichment facilities inoperable. Code named Stuxnet or Olympic Games, the attacks on Iran’s centrifuges caused significant delays in its nuclear program. From the U.S. side, these highly classified and very sensitive joint operations could not have been conducted without the explicit authorization of President Obama.

Such U.S. intelligence and operational cooperation with Israel continued in other realms after Olympic Games. One central focus of such cooperation concerned U.S. operations against the threat of ISIS in Iraq and Syria. These campaigns have been the subject of increasingly intense numerous exchanges between U.S. and Israeli intelligence agencies at all levels.

An equally important dimension of President Obama’s commitment to Israel’s security was his decision to draw a clear line between his sharp disagreement with Netanyahu over the Palestinian issue—and especially over Israel’s continued settlement construction activities—and U.S. security assistance to Israel. Thus, Obama repeatedly signaled that his conviction that Israel was acting against its best interests on the Palestinian issue did not diminish his commitment to the country’s security. In fact, the clear distinction he made between the two issues came at a considerable cost, as it deprived his administration’s efforts to resolve the Palestinian issue of important leverage over Israeli policy. Importantly, the Obama administration never threatened, let alone implemented, the kind of “reassessment” of U.S.-Israeli relations that the Kissinger-Ford administration announced in 1975 or the linkage that the Bush-Baker administration made in 1991, between the Israeli government’s compliance with the U.S. demand for a settlement construction freeze and the provision of $10 billion in U.S. government loan guarantees that Israel requested for the absorption of more than one million Jewish immigrants from the former Soviet Union.

Moreover, the Obama administration never objected to Israel’s military operations against Hamas in 2012 and 2014. It supported Israel in international arenas and did not exert serious pressure on Israel to stop the operations, despite the considerable firepower that Israel employed in these operations and the resulting very heavy civilian casualties. Indeed, during the 2014 operation, the Obama administration agreed to speed up the supply of munitions and spare parts to replace the large quantities of munitions that Israel expanded and the attrition that some of its weapon systems suffered, requiring very large quantities of replacements.

As a result of President Obama’s commitment to Israel’s security, his sharp personal disagreements with Netanyahu over either the Palestinian or the Iranian issue never escalated to a crisis in U.S.-Israeli defense relations. This was reflected in that even when these personal tensions broke all previous records, relations between the U.S. secretary of defense and his Israeli counterpart, and between the Israel Defense Forces chief of staff and the U.S. chairman of the Joint Chiefs of Staff became closer and more intimate than ever. This intimacy was made clear in remarks made in Washington, DC on September 25, 2015, by then recently retired IDF chief of staff Lt. Gen. Benny Ganz. Indeed, it is the ever closer relations between these two sets of senior defense officials that allowed them to play the role of a “back channel” to defuse the tension between their “principles.” This close relationship continues during the present tenure of IDF chief of staff Lt. Gen. Gadi Eisenkot and U.S. chairman of the Joint Chiefs of Staff Gen. Joseph Dunford. On August 4, 2016, during Eisenkot’s visit to the Pentagon, Dunford bestowed upon him the Legion of Merit for “exceptionally meritorious service.”

Throughout the recent U.S. electoral campaign, President-elect Donald Trump has repeatedly pledged his support of Israel’s security and survival. Yet the intensity and level of Trump’s commitment to Israel are difficult to assess. In determining his support of Israel as president, Trump would be wise to review the record of U.S.-Israeli defense and intelligence cooperation during President Obama’s two terms. Rather than invite additional disparaging commentary, after he becomes president Trump may find much to admire and emulate in this record. Indeed, he may be inspired by this record to further develop this cooperation and bring the two countries’ defense relations to even higher levels of intimacy.

Shai Feldman is the Judith and Sidney Swartz Director of Brandeis University’s Crown Center for Middle East Studies. Amos Harel is the Senior Military Correspondent of the Israeli daily Haaretz.