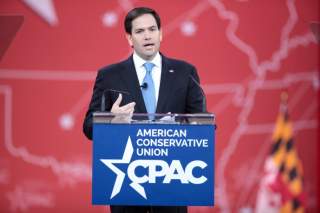 It was amateur hour at the CNBC debate last night in Boulder, Colorado at the Coors Event Center. Flubbed responses, overt aggression, failure to be up on the facts, and lack of control were among some of the lapses. No, I’m not talking about the candidates. This time it was the moderators who ended up on trial and they flubbed up big time. Republican National Committee chairman Reince Priebus deemed it an “embarrassment.” The real loser of the debate, as Talking Points Memo noted, was CNBC itself.

Still, if gotcha was the mode, the media didn’t really get any candidate. Instead, the barbed questions—John Harwood, for example, asked former Governor Mike Huckabee whether Donald Trump possesses “the moral authority to unite the country”—mostly boomeranged on the CNBC crew. They gave the candidates the opportunity to go to the culture war well to bash the establishment media and Ted Cruz, among others, ran with it. The audience loved it when he announced, “This is not a cage match.” New Jersey Governor Chris Christie got in a few whacks at well, posing as the voice of higher reason. In calmer fashion, former neurosurgeon Ben Carson chided his interrogators.

The funny thing is that the barbed questions from CNBC weren’t even necessary to prompt the candidates to target each other. In many ways it was a cage match. If the sainted Ronnie had seen it—his 11th commandment about Republicans not dissing one another was invoked by Carson and flagrantly ignored—he would have turned pale. There was Ohio Gov. John Kasich who came out swinging against Carson and Trump, talking about candidates who lacked experience and wouldn’t be able to govern effectively. It was probably the only line that Kasich could take to try and resuscitate his campaign. And what about former Florida Governor Jeb Bush? He had just emerged from a pow-wow at the House of Bush that was supposed to rejigger his flailing campaign. Whatever mojo the family tried to inject into his anemic run for president, it didn’t appear to be working. Last night signaled the death of the Bush campaign. No matter what necromancy his family tries to perform on the hapless fellow, the Bush brand seems to have passed its sell-by date.

Bush went right after his former tutee Senator Marco Rubio by citing an editorial in the South Florida Sun-Sentinel—probably the most publicity the newspaper has ever received in its history, let alone for an editorial!—brutally questioning his commitment to his constituents. But Rubio effectively countered him by suggesting that Bush was simply regurgitating left-wing propaganda and that John F. Kerry, Barack Obama and others who had run for President while serving in the Senate enjoyed far higher absentee records than he had compiled. In fact Rubio delivered an extremely poised and polished performance, further indicating that he may well be positioned to grab the nomination should Trump and Carson falter.

So did Texas Senator Ted Cruz. He effectively stonewalled in responding to a question about the debt limit, using up all his time to denounce the media. According to Cruz, “the questions that have been asked so far in this debate illustrate why the American people don’t trust the media.” (Of course their mistrust is hardly limited to that institution.) Where Cruz and Rubio were in feisty mode, Trump and Carson were quite restrained. Trump was so calm that it’s hard not to wonder if he is already calculating his glide path out of the campaign.

Carson brought his trademark soothing bedside manner to the debate. His affect seems calculated to woo voters rather than rile them up, though he briefly displayed a more gelid side when he was asked about ethanol subsidies and went on to refer to government subsidies in toto as a “bunch of crap.” Meanwhile, Senator Rand Paul has become so marginal that almost no one even bothered to discuss his contentions. He was pretty much off in la-la land, brooding about the machinations of the Federal Reserve.

The raucous atmosphere at the Coors Center may end up serving the eventual nominee well. For Cruz and Rubio it gave them the opportunity to shine as the young guns. As Trump and Carson polish off their weaker rivals, the stage could be set for either Cruz or Rubio to emerge as the new heartthrob of the GOP.