A GOP "Surfing" Strategy towards American Greatness: A Six-Point Plan 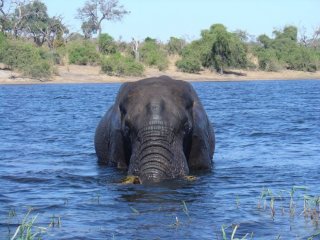 In another week, Americans will vote, hoping to pull our nation out of its overlong malaise—the Obama-generated malaise. Real progress can be achieved only if the Democrats’ hold on the Senate is broken.

You’ve no doubt noticed looming over the TV anchors’ shoulders all that scaffolding now obscuring our magnificent Capitol building in order to repair earthquake and other damage accruing over the years. It’s an excellent metaphor.

The Capitol architects, unencumbered by politics, took it upon themselves to fix the dome and all its physical supports because it was their job, not because they were in a holding pattern until the next election or protecting the president’s agenda. American voters, likewise, see that those who conduct business under the dome won’t fix themselves. On November 4, the voters will rise to the occasion.

Over the past six years, my House Republican colleagues, contrary to media-generated perceptions, have passed bill after bill to move the country forward, only to see their efforts stymied in Harry Reid’s Senate. Now they expect a wave to carry them to vindication by increasing their majority in the lower house and to win the Senate.

As optimistic as they are, Republicans cannot just coast to victory. They must surf. They are going to have to paddle with all their strength to catch the waves, showing the world they have style and are in control. They must impress on the electorate that they still have imaginative ideas that will move our country forward. The Democrats sit aimlessly, treading water, going nowhere, waiting for Hillary to summon their energy.

What happens next Tuesday will set the stage for the 2016 presidential sweepstakes. The last great malaise, the era with which the word is most associated, defined the Jimmy Carter presidency, especially its last two years. That’s when Republicans successfully defined themselves as “the party of ideas,” making the way for that most simpatico of candidates, Ronald Reagan.

My old boss spoke confidently and prophetically about the new bounty that would come to America, ultimately to the world, by simplifying the grossly complex tax code. But we’ve been serving up leftovers from the Reagan years for too long. Time to offer some new approaches.

Consistent with President Reagan’s firm beliefs in limited government and free markets, his GOP legatees can most assuredly prompt American voters to think cheerfully about Republicans again. But a few things will be needed in order to do that.

Republicans, self-described as the party of job creation, must decouple from the boss-worker model. Young Americans dream of personal accomplishments, big and small, but they cannot all be bosses unless they follow a more collaborative model.

American workers should not be taxed on stock in the companies included in their compensation. They should be escalated into the ranks of owners. Likewise, capital-gains taxes should be eliminated if an employee keeps company stock for more than twenty years.

These reforms would move American laborers and job-creators closer to a paradigm that achieves socialist objectives without state control of production and distribution. A good place to start: the U.S. Postal Service. Let’s give postal workers the assets needed to provide a model.

Republicans should reaffirm the creative role of credit unions, farm co-ops and other examples of cooperation consistent with a free market.

We can facilitate the sharing of capital in struggling urban communities to buy homes, in rural areas to purchase farm equipment, even in those “creative class” neighborhoods where people promote healthier foods and lifestyles. Volunteer organizations, service clubs, Alcoholics Anonymous, Boys and Girls Clubs and the like can play larger roles in the restoration of their communities, sparking a new American optimism.

The Grand Old Party must come to grips with the reality that Pax Americana is unaffordable. We can lead, but we can no longer carry the load. We must have a strategy that gives us a positive global presence, but not one built on maintaining garrisons around the world. The Reagan Doctrine of assisting local, pro-freedom insurgents to overcome tyrannical regimes was then and is today the most effective way of defending against an enemy that threatens our safety.

The corollary to this is, of course, to mobilize willing state leaders to combat terrorism and become proactive in that fight. Leaders such as Abe in Japan, Modi in India, and, yes, Putin in Russia—maybe even Assad in Syria—can be major factors in defending their interests against today’s terrorists. (If FDR allied with Stalin to defeat Hitler, and Nixon arranged a rapprochement with Mao Zedong, our generation can use the likes of Putin and Assad to secure our world from the monstrous threats that are all too evident.)

Let’s not be afraid to consider really imaginative alternatives. For example, we could create a new, deployable force with an updated equivalent of the French Foreign Legion, open to the world’s freedom-loving adventurers, to conduct dirty work on troubled grounds we wish to keep free of American boots. Somebody has to do it. Of course, eligibility for citizenship could be a reward for completion of service.

We’ve reached the point where returns from government-sanctioned corporations are diminishing, with lines between the regulators and the regulated blurring. Our tax and regulatory policies are manipulated, if not controlled, by powerful economic players who are out for themselves.

Take the Export-Import Bank, whose subsidies go overwhelmingly to the big guys. Or even the Small Business Administration, which subsidizes big bankers as much as it encourages small-business growth.

Deserving little guys can get the limited help they need from the private sector, without the taxpayers guaranteeing their losses.

Dodd-Frank, a politically opportunistic reaction to the 2008 financial crisis, now designates favored banks as “too big to fail,” an obscene corruption of our competitive system. Our battle cry should be “too big to subsidize.”

5. An End to the Nanny State Initiative:

Our country’s proliferating complaints about intrusive government stem not only from the zealous functionaries of Homeland Security, who have taken the joy out of air travel, but from our misguided efforts to stand between citizens and drugs, both of the medicinal and recreational variety.

For good reasons, we may feel paranoia when we surf the Internet or use our cell phones—those reasons now known thanks to the NSA surveillance scandal. Just as much evidence shows that the Drug War not only has failed miserably in keeping illicit substances out of reach, but that it has created cartels that have put in place a criminally run distribution system—as well as financed the criminal and terrorist organizations that have wreaked havoc in developing countries.

The cost to American values—militarized police battering in residential doors, asset seizures, corrupted cops—is too high if we are to remain the America we love.

The Party of Lincoln of all things should not contort itself into the Party of Surveillance just in the name of “law and order.” Our message to the American people should always be: Harm no one, then do as you please.

Even with our strong Constitution, we have not managed to hold in check those whose first impulse is to control other people’s lives. That goes from individuals now subjected to restraints on their speech and, hideously, their thoughts, to American businesses that live in fear of regulators.

Our most productive citizens are intentionally brutalized, threatened by our own government’s bureaucracy. We needn’t look overseas to see a powerful, even ruthless, enemy of freedom.

Think of an Environmental Protection Agency arrogating to itself the powers of all three government branches. Think of that most intrusive behavioral regulator of all, the Internal Revenue Service, now a toxic political implement. They try to excuse their encroachments on our freedom by citing phony dangers and cataclysms.

We Republicans must, if nothing else, stand stoutly on the side of the American people against the abuses of the permanent government.

These agencies must be severely restricted in the powers they hold over us. It is, for example, ludicrous on the level of a sci-fi dystopian novel to make policy on the pretend-science that carbon dioxide—that which we were born to exhale; that which, thanks to photosynthesis, is the basic nurture of all flora—is a legislatively removable pollutant. It is outrageous that our tax code is now wielded as a political weapon.

In these next pre-election days, I urge Republican candidates not to float idly, waiting for a wave, fearing that imaginative ideas will turn off voters and bring a massive wipeout. Paddle. Stand up. Provoke thought and conversation. That’s the only way to get back to shore, the only way to restore American greatness. We will either ride this wave or be left behind.

Rep. Dana Rohrabacher represents California’s 48th District. He chairs the House Subcommittee on Europe, Eurasia, and Emerging Threats and is vice chairman of the Science, Space, and Technology Committee.