GOP Woos Americans Abroad, Democrats Tell Them to Get Lost 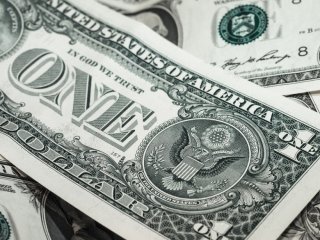 American citizens who live outside the United States are one of the least visible constituencies in U.S. politics. This is despite the fact that, at up to nine million people, they are more numerous than the populations of all but about a dozen of our fifty states.

The Obama years have been tough for American expatriates, or “expats.” The prime culprit is the so-called Foreign Account Tax Compliance Act (FATCA). Supposedly aimed at “fat cat” tax cheats with money stashed abroad, FATCA includes not a single provision targeting actual tax evasion. Instead, FATCA creates a wholesale NSA-style information dragnet requiring under threat of sanctions, all non-U.S. financial institutions (banks, credit unions, insurance companies, investment and pension funds, etc.) in every country in the world to report to the IRS data on all specified accounts of U.S. persons (but not corporations). No proof or even suspicion of wrongdoing is required.

Hoping to avoid sanctions threats and crushing compliance costs, institutions around the world have been dumping American clients, making it increasingly difficult for them just to open a checking account and pay their everyday bills. Businesses once eager for our expats’ expertise now shun them because FATCA imposes U.S. regulatory oversight of companies in which Americans exercise signature authority.

FATCA has thus vastly compounded pressures imposed by earlier laws like Report of Foreign Bank and Financial Accounts (FBAR) and America’s unique worldwide taxation system. (Virtually all other countries impose taxes based on residency, not citizenship). While genuine “fat cat” evaders can easily slip the FATCA net by putting assets into gold, diamonds, art or real estate, middle-class Americans overseas are being smacked with massive penalties for filing deficiencies even when they owe no tax, on top of hefty accountant and attorney fees to navigate an increasingly labyrinthine regime.

In short, this vital part of “America's international sales force” is being strangled. It’s hardly surprising then that the number of American expats reluctantly making the heartrending decision to renounce their U.S. citizenship has skyrocketed. The only response from the Obama administration has been to crank up the fees and penalties for doing so.

In a timely move, the 2016 Republican Platform promises rescue in a clear and unequivocal statement that champions expats’ financial interests and constitutional rights:

“The Foreign Account Tax Compliance Act (FATCA) and the Foreign Bank and Asset Reporting Requirements result in government’s warrantless seizure of personal financial information without reasonable suspicion or probable cause. Americans overseas should enjoy the same rights as Americans residing in the United States, whose private financial information is not subject to disclosure to the government except as to interest earned. The requirement for all banks around the world to provide detailed information to the IRS about American account holders outside the United States has resulted in banks refusing service to them. Thus, FATCA not only allows ‘unreasonable search and seizures’ but also threatens the ability of overseas Americans to lead normal lives. We call for its repeal and for a change to residency-based taxation for U.S. citizens overseas.”

Let’s keep in mind that the GOP Platform also proposes a far-reaching and long-overdue overhaul of an American tax system that seems almost designed to stifle enterprise and drive jobs overseas. If Donald Trump wins the presidency, he almost certainly will have a Republican Senate as well as a GOP-led House of Representatives to work with. This means a Trump administration will be in a position to keep its promises on FATCA and residency-based taxation.

By contrast, what do the Democrats promise expats in their platform? Just more pain and blame, lumping them with presumptive lawbreakers:

“Democrats believe that no one should be able avoid paying their fair share by hiding money abroad, and that corrupt leaders and terrorists should not be able to use the system of international finance to their advantage. We will work to crack down on tax evasion and promote transparency to fight corruption and terrorism. And we will make sure that law-abiding Americans living abroad are not unfairly penalized by finding the right solutions for them to the requirements under the Foreign Account Tax Compliance Act (FATCA) and Report of Foreign Bank and Financial Accounts (FBAR).”

Sure, there is a milquetoast hint at “finding the right solutions” for expats. If there is a Hillary Clinton administration, they can file that with “if you like your healthcare plan, you can keep it.”

Despite their formidable numbers, American expats (who vote via their address of domicile back home) are not concentrated in any particular states or congressional districts. It’s thus unlikely they can decisively swing the 2016 race. Nonetheless, the GOP has made a bold and principled play for their support. Democrats have given them the back of their hand.

If the American expat community wants relief, this is a no-brainer.