Graham Allison on World War I, Ukraine and Realism 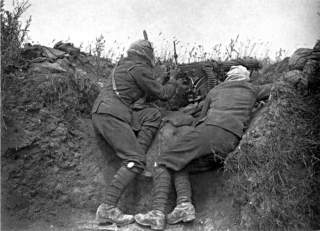 Please Note: The following is a note from The National Interest’s Editor, Jacob Heilbrunn.

Graham Allison, the Douglas Dillon professor of government and Director of the Belfer Center for Science and International Affairs at Harvard’s Kennedy School and a member of the National Interest’s Advisory Council, has enjoyed a long and distinguished career both in academia and government. His accomplishments include his landmark book Essence of Decision, a study of the Cuban missile crisis as well as serving as assistant secretary of defense for policy and plans in the Clinton administration. His approach to realism in foreign policy—a habit of thought that he calls an “endangered species”—is grounded in a practical and hardheaded understanding of international affairs. As he notes in this interview, it was Henry Kissinger who profoundly influenced his thinking. Other Harvard professors who helped shape his thinking include Samuel Huntington and Ernest May, both of whom were keen students of history and international relations.

In his numerous essays and books, Allison focuses on statesmanship—averting and ending crises. His most recent book, together with Robert D. Blackwill, consists of extended interviews with Lee Kuan Yew, the former leader of Singapore who, as Kissinger puts it in a foreword, is “not only one of the seminal leaders of our period, but also a thinker recognized for his strategic acumen.”

Currently, Allison is completing a book on what he calls the Thucydides Trap—the moment when an established power is challenged by a rising one, as, for example, Wilhelmine Germany sought to surpass the British empire with calamitous results both for itself and the rest of Europe. Indeed, with a number of contributions to the National Interest web site, Allison has examined the legacy of World War I for contemporary events, asking whether the crisis in Ukraine might, as the Balkans once did, presage a larger and even more sanguinary conflict that could menace the very foundations of the Western world that has existed since the end of World War II. It’s an unsettling thought. But then again, Allison is a provocative thinker who is rarely satisfied with what passes for conventional wisdom in Washington, DC or elsewhere.

In the lively and engaging interview above, he discusses his understanding of how the past may shape the present, the deep impression left upon him by Kissinger, and what lessons World War I and the Cuban missile crisis may offer. Perhaps most provocatively, he dismisses the notion that President Obama has failed in foreign policy, withholding great praise for Obama but also noting that he disagrees with the prescriptions offered by leading neoconservatives. Nuanced, cogent, meditative—these are all adjectives that might be appropriately applied to Allison, who knows that simple truculence cannot substitute for discerning diplomacy when conducting foreign affairs.