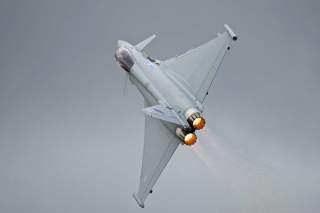 Even as NATO adopts a confrontational policy toward Moscow reminiscent of the chilliest days of the Cold War, the Alliance faces multiple internal problems. Doubts remain about whether members are willing to match their strong rhetoric regarding Russia and other security challenges with substantive upgrades to their military capabilities. In the aftermath of the Kremlin’s annexation of Crimea and its continued support for secessionists in eastern Ukraine, promises of greater efforts surged, especially from Poland and the Baltic republics—the countries most at risk if Russia turns aggressively expansionist. But we’ve heard such promises before. At the 2006 NATO summit, all members pledged to devote at least 2 percent of their gross domestic product to defense. Eight years later, only the United States, Britain, Greece and Estonia among the twenty-eight member states fulfill that commitment. There is scant evidence that the new round of paper promises will fare any better.

There are also major fissures within the Western camp about how to deal with Russia. Washington successfully pressured its allies to impose economic sanctions, but there is a noticeable lack of enthusiasm for that course among some NATO governments. Czech Republic prime minister Bohuslav Sobotka, for example, warns that while sanctions weaken Russia’s economy and harm ordinary Russians, they are unlikely to change the Kremlin’s behavior regarding Ukraine or other issues.

Another development that has received less media attention, but could prove extremely disruptive to NATO is the emergence of ugly authoritarian trends in some members, especially Romania, Hungary and Turkey. Romania’s outgoing president, Traian Basescu, has accused his political rival and possible successor, Prime Minister Victor Ponta, of having been an undercover officer for the country’s spy agency in the late 1990s. It was merely the latest allegation of dubious conduct by prominent officials and opinion leaders in ostensibly democratic Romania.

Evidence of undemocratic behavior in Romania is mild, though, compared to developments in Hungary. U.S. officials are beginning to express alarm at the apparent authoritarianism and corruption enveloping Prime Minister Viktor Orban’s government. Orban has conducted a crackdown on human-rights groups that is not far removed from the behavior of Vladimir Putin’s regime. One of Orban’s targets is the Hungarian Civil Liberties Union, which, ironically, had supported him a decade ago when he was under fire from political opponents. Over the past few years, harassment of media outlets, civil organizations and other critics of Orban’s rule has steadily grown. In rhetoric reminiscent of Putin’s, Orban asserts that such groups are “paid political activists attempting to assert foreign interests in Hungary.” The prime minister now touts the alleged virtues of autocracy, citing China, Russia, Singapore and Turkey, as models of successful countries that Hungary should consider emulating.

The situation in Turkey is even more troubling. President Recep Tayyip Erdogan has conducted high-profile prosecutions of military leaders for allegedly plotting coups against the government, even when evidence for those allegations is exceedingly weak. As in Hungary, civil organizations and independent press outlets repeatedly find themselves under siege. Even one-time supporters of Erdogan and his Justice and Development Party are now castigated as enemies. At the end of October, Turkey’s National Security Council branded the Gulen Movement, once the government’s most powerful political ally, as a threat to national security. In an unusual procedure, Erdogan personally presided over the meeting at which that charge was adopted.

The government’s heavy hand is evident in other respects. When prosecutors conducted a wide-ranging probe of corruption, leading to the resignation of four government ministers, Erdogan’s administration retaliated by “purg[ing] hundreds of police officials and prosecutors.” It pushed through laws giving the president even “tighter control over the judiciary.”

(What You May Like: 5 NATO Weapons of War Russia Should Fear)

The rising tide of domestic authoritarianism in NATO countries is not a small concern. True, the Alliance has previously tolerated illiberal regimes and even outright dictatorships as members. Founding member Portugal was a quasifascist country under Antonio Salazar. Throughout the Cold War, the military was the decisive power broker in Turkey’s political system, and on occasion the country even lapsed into outright military rule. Greece groaned under a brutal military dictatorship in the late 1960s and early 1970s without forfeiting its NATO membership.

But it would be far more difficult in the twenty-first century for the Alliance to look the other way if a member succumbed to dictatorial impulses. During the Cold War, it was widely understood that NATO was first and foremost an anti-Soviet defense association. The commitment to liberal democracy, while important, was secondary. But in the post–Cold War era, NATO leaders repeatedly stress the organization’s commitment to democracy and human rights. It would be more than a tad embarrassing to have a Putin-style autocracy emerge in NATO’s ranks. Given the ominous political clouds in Romania and the rapid backsliding into authoritarianism in both Hungary and Turkey, a major intra-alliance crisis appears imminent. Much as they might like to, the Obama administration and NATO’s cheerleaders in the United States will not be able to wish away that problem.