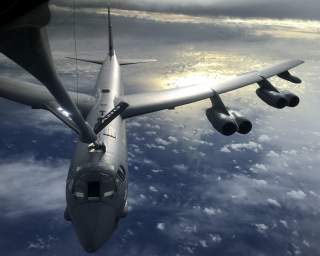 Editor’s Note: This is an excerpt from the new book The Great Delusion: Liberal Dreams and International Realities by John Mearsheimer.

Liberal hegemony is an ambitious strategy in which a state aims to turn as many countries as possible into liberal democracies like itself while also promoting an open international economy and building international institutions. In essence, the liberal state seeks to spread its own values far and wide. My goal in this book is to describe what happens when a power­ful state pursues this strategy at the expense of balance­-of­-power politics.

Many in the West, especially among foreign policy elites, consider liberal hegemony a wise policy that states should axiomatically adopt. Spreading liberal democracy around the world is said to make eminently good sense from both a moral and a strategic perspective. For starters, it is thought to be an excellent way to protect human rights, which are sometimes seri­ously violated by authoritarian states. And because the policy holds that liberal democracies do not want to go to war with each other, it ultimately provides a formula for transcending realism and fostering international peace. Finally, proponents claim it helps protect liberalism at home by eliminating authoritarian states that otherwise might aid the illiberal forces that are constantly present inside the liberal state.

This conventional wisdom is wrong. Great powers are rarely in a position to pursue a full­-scale liberal foreign policy. As long as two or more of them exist on the planet, they have little choice but to pay close attention to their position in the global balance of power and act according to the dictates of realism. Great powers of all persuasions care deeply about their survival, and there is always the danger in a bipolar or multipolar system that they will be attacked by another great power. In these circumstances, liberal great powers regularly dress up their hard­-nosed behavior with liberal rhe­toric. They talk like liberals and act like realists. Should they adopt liberal policies that are at odds with realist logic, they invariably come to regret it. But occasionally a liberal democracy encounters such a favorable balance of power that it is able to embrace liberal hegemony. That situation is most likely to arise in a unipolar world, where the single great power does not have to worry about being attacked by another great power since there is none. Then the liberal sole pole will almost always abandon realism and adopt a liberal foreign policy. Liberal states have a crusader mentality hard­-wired into them that is hard to restrain.

Because liberalism prizes the concept of inalienable or natural rights, committed liberals are deeply concerned about the rights of virtually every individual on the planet. This universalist logic creates a powerful incen­tive for liberal states to get involved in the affairs of countries that seriously violate their citizens’ rights. To take this a step further, the best way to ensure that the rights of foreigners are not trampled is for them to live in a liberal democracy. This logic leads straight to an active policy of regime change, where the goal is to topple autocrats and put liberal democracies in their place. Liberals do not shy from this task, mainly because they often have great faith in their state’s ability to do social engineering both at home and abroad. Creating a world populated by liberal democracies is also thought to be a formula for international peace, which would not just eliminate war but greatly reduce, if not eliminate, the twin scourges of nuclear prolifera­tion and terrorism. And lastly, it is an ideal way of protecting liberalism at home.

This enthusiasm notwithstanding, liberal hegemony will not achieve its goals, and its failure will inevitably come with huge costs. The liberal state is likely to end up fi endless wars, which will increase rather than reduce the level of conflict in international politics and thus aggravate the problems of proliferation and terrorism. Moreover, the state’s militaristic behavior is almost certain to end up threatening its own liberal values. Liber­alism abroad leads to illiberalism at home. Finally, even if the liberal state were to achieve its aims—spreading democracy near and far, fostering eco­nomic intercourse, and creating international institutions—they would not produce peace.

The key to understanding liberalism’s limits is to recognize its relation­ship with nationalism and realism. This book is ultimately all about these three isms and how they interact to affect international politics.

Nationalism is an enormously powerful political ideology. It revolves around the division of the world into a wide variety of nations, which are formidable social units, each with a distinct culture. Virtually every nation would prefer to have its own state, although not all can. Still, we live in a world populated almost exclusively by nation­-states, which means that liberalism must coexist with nationalism. Liberal states are also nation­states. There is no question that liberalism and nationalism can coexist, but when they clash, nationalism almost always wins.

The influence of nationalism often undercuts a liberal foreign policy. For example, nationalism places great emphasis on self­-determination, which means that most countries will resist a liberal great power’s efforts to inter­fere in their domestic politics—which, of course, is what liberal hegemony is all about. These two isms also clash over individual rights. Liberals be­lieve everyone has the same rights, regardless of which country they call home. Nationalism is a particularist ideology from top to bottom, which means it does not treat rights as inalienable. In practice, the vast majority of people around the globe do not care greatly about the rights of individu­als in other countries. They are much more concerned about their fellow citizens’ rights, and even that commitment has limits. Liberalism oversells the importance of individual rights.

Liberalism is also no match for realism. At its core, liberalism assumes that the individuals who make up any society sometimes have profound differences about what constitutes the good life, and these differences might lead them to try to kill each other. Thus a state is needed to keep the peace. But there is no world state to keep countries at bay when they have profound disagreements. The structure of the international system is anar­chic, not hierarchic, which means that liberalism applied to international politics cannot work. Countries thus have little choice but to act according to balance-­of-­power logic if they hope to survive. There are special cases, however, where a country is so secure that it can take a break from realpolitik and pursue truly liberal policies. The results are almost always bad, largely because nationalism thwarts the liberal crusader.

My argument, stated briefly, is that nationalism and realism almost always trump liberalism. Our world has been shaped in good part by those two powerful isms, not by liberalism. Consider that five hundred years ago the political universe was remarkably heterogeneous; it included city­-states, duchies, empires, principalities, and assorted other political forms. That world has given way to a globe populated almost exclusively by nation­ states. Although many factors caused this great transformation, two of the main driving forces behind the modern state system were nationalism and balance-­of-­power politics.

The American Embrace of Liberal Hegemony

This book is also motivated by a desire to understand recent American foreign policy. The United States is a deeply liberal country that emerged from the Cold War as by far the most powerful state in the international system. 1 The collapse of the Soviet Union in 1991 left it in an ideal position to pursue liberal hegemony. 2 The American foreign policy establishment em­ braced that ambitious policy with little hesitation, and with abundant opti­mism about the future of the United States and the world. At least at first, the broader public shared this enthusiasm.

The zeitgeist was captured in Francis Fukuyama’s famous article, “The End of History?,” published just as the Cold War was coming to a close. 3 Liberalism, he argued, defeated fascism in the first half of the twentieth century and communism in the second half, and now there was no viable alternative left standing. The world would eventually be entirely populated by liberal democracies. According to Fukuyama, these nations would have virtually no meaningful disputes, and wars between great powers would cease. The biggest problem confronting people in this new world, he suggested, might be boredom.

It was also widely believed at the time that the spread of liberalism would ultimately bring an end to balance-­of-­power politics. The harsh security competition that has long characterized great-­power relations would dis­appear, and realism, long the dominant intellectual paradigm in inter­national relations, would land on the scrap heap of history. “In a world where freedom, not tyranny, is on the march,” Bill Clinton proclaimed while campaigning for the White House in 1992, “the cynical calculus of pure power politics simply does not compute. It is ill­-suited to a new era in which ideas and information are broadcast around the globe before ambas­sadors can read their cables.”

Probably no recent president embraced the mission of spreading liberal­ism more enthusiastically than George W. Bush, who said in a speech in March 2003, two weeks before the invasion of Iraq: “The current Iraqi re­gime has shown the power of tyranny to spread discord and violence in the Middle East. A liberated Iraq can show the power of freedom to transform that vital region, by bringing hope and progress into the lives of millions. America’s interests in security, and America’s belief in liberty, both lead in the same direction: to a free and peaceful Iraq.” Later that year, on September 6, he proclaimed: “The advance of freedom is the calling of our time; it is the calling of our country. From the Fourteen Points to the Four Freedoms, to the Speech at Westminster, America has put our power at the service of principle. We believe that liberty is the design of nature; we be­lieve that liberty is the direction of history. We believe that human fulfill­ment and excellence come in the responsible exercise of liberty. And we believe that freedom—the freedom we prize—is not for us alone, it is the right and the capacity of all mankind.”