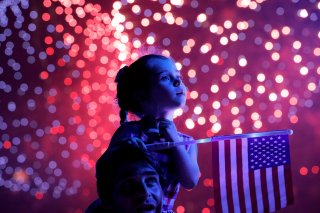 America’s inability to prevail in its large-scale, long-lasting military interventions in Afghanistan and Iraq.

America’s ineffective response to the Russian seizure of territory from Georgia in 2008 and Ukraine in 2014.

America ceding the initiative to other external powers (Russia, Iran, and/or Turkey) in the ongoing post-2011 conflicts in Syria, Libya, and Yemen.

America’s inability to prevent the rise of an increasingly powerful China from asserting vast maritime claims to the South China Sea and the East China Sea as well as increasing Beijing’s influence worldwide through its Belt and Road Initiative.

Washington’s unsuccessful attempts at rapprochements with American adversaries (as Donald Trump in particular attempted with North Korea and even Iran).

Washington’s unsuccessful attempts at dissuading America’s allies from cooperating with those adversaries. The 2021 U.S. military withdrawal from Afghanistan and announcement that the United States would terminate its combat role in Iraq by the end of 2021 are just the latest signs that the U.S.-dominated unipolar world, if it ever really existed, is ending.

The end of the U.S.-dominated unipolar world order, though, is something that has been predicted—even advocated—for many years. It has become commonplace for officials and commentators in both America’s allies as well as its adversaries to describe American power as declining while that of others (especially their own) as rising. Indeed, pronouncements about the end of the U.S.-dominated unipolar world order and its replacement with a multipolar world are frequently made in the United States. The main distinction among these pronouncements is whether those making them see this as something positive or negative.

But if the U.S.-dominated unipolar world is commonly believed to be over, there is no consensus about what sort of multipolar world order has come into being or is in the process of being created. Indeed, there have been numerous competing visions expressed about what the multipolar world should be or what it has become.

While Chinese officials have also called for a multipolar world to replace the U.S.-dominated unipolar one, the vision of the future increasingly being expressed in China appears to be one that is China-centric, if not completely unipolar. Other observers foresee a bipolar Sino-American world order arising. Fearing that this would make Russia irrelevant, some Russian observers have called for a third pole balancing between the United States and China to be led (not surprisingly) by Russia.

For many less-than-great powers, the appeal of a multipolar world is that it allows them greater opportunity than a unipolar one to derive benefits by playing competing great powers against each other. For some, the prospect of no global great power being willing or able to dominate their region presents the possibility that they themselves could become regional hegemons, while others see this as necessitating adopting policies—including enlisting support from external great powers—to ensure that a neighboring state does not acquire this role.

With so many different states pursuing so many different visions, what now exists is not so much a multipolar world order but a multipolar world disorder instead. This, however, is not abnormal. Indeed, past world order systems—whether multipolar, bipolar, or unipolar—have all been inherently unstable since there have always been actors within them that seek to transform them to their advantage. World order systems reflect the balance of power among states at a given time. But this balance can change through one or more states becoming stronger economically and militarily vis-à-vis the incumbent great power(s).

Sometimes, the existing world system has changed dramatically either through great-power conflicts—such as World War I and World War II—or internal collapse in one of the great powers such as occurred in the Soviet Union at the end of the Cold War. By contrast, the current change from a U.S.-dominated unipolar world to a multipolar one has occurred more gradually through others taking advantage of numerous American policy miscalculations over the course of many years. But even when the world order system does not change, the possibility of its doing so is ever-present.

So, what is the current multipolar disorder heading toward? Is it headed toward a multipolar world in which a few (but more than two) great powers cooperate with one another to regulate conflict among the smaller powers? Or is it headed toward a multipolar world marked by competition among three or more great powers that allows freer rein to regional powers and their rivals? Perhaps it is evolving into a bipolar Sino-American world in which Washington and Beijing compete for influence over all other countries throughout the world (much like occurred during the Soviet-American Cold War). Maybe it will become a more cooperative Sino-American bipolar world based on a U.S.-China agreement to divide the world into spheres of influence. It could possibly become a unipolar world dominated by an even more powerful China, which other countries have failed to resist. Or perhaps the multipolar disorder is headed toward a renewed U.S.-dominated unipolar despite the seeming demise of such a system in recent years.

All of these possibilities could be in play during the next few years or even the next few decades. Only one thing seems certain: even when one system appears to be predominant, others will be working assiduously to undermine it.