A Great War in the East China Sea: Why China and Japan Could Fight 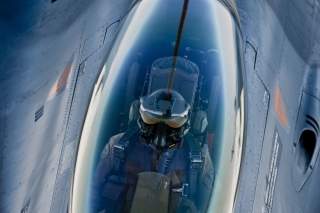 Few people believe that either China or Japan would deliberately start a war in the East China Sea. Most analysts assume that an armed clash could only occur through accident, misunderstanding or unauthorized acts by junior officers acting without, or even against, orders. These are not remote possibilities, of course. They already make the risk of war dangerously high. But we underestimate how high that risk really is if we think this is the only way a war could begin. I think there is a real possibility that fighting might be started deliberately by one side or the other, and unless we understand the circumstances that might prompt that step from either side, we will not be able to take steps to avoid them.

First, we must be clear that neither side is at all likely to deliberately start a fight over possession of the disputed islands themselves, or even of the resources that might lie around them. They are not worth a military conflict to anyone. But the dispute has never been about territory. The islands are simply tokens in a contest to define the roles and status of Asia’s great powers over coming decades. These are issues over which states might well choose to start a war.

Let’s start with China. As I have argued elsewhere, China’s primary aim is to strengthen its leadership in Asia and undermine America’s. The best way to do that without confronting America too directly is to weaken the alliances and partnerships that underpin U.S. regional leadership. It therefore wants to persuade U.S. allies that Washington is no longer willing to stand up for them against the growing power of China. (Whether Beijing would be right to assume that without U.S. support they would more willingly accept Chinese leadership is a separate question, of course. As far as Japan is concerned, I think they are probably wrong, but that is a separate issue.)

Beijing has clearly decided that the Senkaku/Diaoyu dispute provides a perfect opportunity to demonstrate America’s wavering commitment to its allies. So far, they seem to have been right. China’s threatening military actions around the islands have stoked Japanese anxieties about whether, in the event of a clash, America would provide military support. Washington has done exactly as Beijing hoped, by sending distinctly mixed messages about what it might do in a crisis. This has indeed undermined Japanese confidence in the alliance.

The risk here is that China might decide to take this approach one step further. Clearly, all of Japan’s fears would be realized, and the U.S.-Japanese alliance would be dealt a much more serious blow if a clash actually occurred around the Senkaku/Diaoyu islands and America did indeed fail to come to Japan’s aid. There must be a big temptation for Beijing to put America’s position in Asia to this much sterner test, in the hope that it will crack.

Of course, that would only be a temptation if Beijing was very confident that Washington would indeed let Japan down. I think Beijing probably is quite confident of that, because they assume that Washington recognizes that America could not win an East China Sea conflict, and would be deterred from starting one for fear that it would escalate toward a nuclear exchange (I have explained this reasoning here).

But Beijing must know that a really determined U.S. president might have the nerve to stare them down anyway. That gives Beijing a motive to move sooner rather than later in testing U.S. resolve. They have a motive to bring on a clash with Japan—perhaps by deliberately staging an “accidental” exchange of fire—while there is someone in the White House who they think will not have that kind of nerve. Someone like President Obama.

Obama’s reluctance to engage in Libya, Syria, Ukraine and Iraq and the evident ambivalence about the much-hyped “pivot” to Asia may encourage Beijing to think that Obama’s presidency offers them a window of opportunity that will close after the next election if the new president is bolder—or more reckless. If so, China’s leaders might be tempted to stage an incident against Japan while Obama is still in the White House.

The obvious way to reduce this risk is for the president to state clearly that America would support Japan militarily in any clash over the Senkaku/Diaoyu islands, which is exactly what Obama said in Tokyo in late April. If a statement like this carries real credibility, it should deter Beijing from starting a clash. But if not—if it looks like a bluff or a rash statement made without careful consideration of what a war with China might mean—then China might expect that Obama would back down if put to the test. That could then actually encourage China to stage a clash.

We can see why if we look back half a century. Shortly before the crisis broke in October 1962, Kennedy had publicly promised to prevent Moscow from deploying missiles to Cuba. Recent scholarship suggests that Khrushchev saw this as an opportunity to score an easy win over his younger and less experienced adversary. He believed Kennedy would not risk war to back up his promise, because Khrushchev did not believe that Soviet missiles in Cuba would materially affect U.S. security, and he didn’t believe Kennedy would think they would either. He therefore decided to call Kennedy’s bluff, make him back down, and gain a psychological and political advantage. That was why he sent the missiles to Cuba.

In the event, of course, Kennedy turned out to be tougher—or more reckless—than Khrushchev had expected, and Khrushchev suffered the consequences. However, there is a risk that Beijing might respond—as Khrushchev did to Kennedy—to Obama’s less-than-credible affirmation of U.S. support to Japan, seeing it as an opportunity to call his bluff and damage his, and America’s, credibility in Asia. The more Obama commits himself to support Japan, the worse it will look for America, and the better it will look for China, if he doesn’t.

This suggests that Obama should be very wary about bold affirmations of commitment to defend Japan, unless he can be sure that China will believe them. The best and perhaps only way to do that is to persuade Beijing that their assumptions about how such a war would go are wrong. He needs to convince Beijing that America does indeed have credible military options to defeat China in an East China Sea conflict. To do that he needs to do more than just boast about America’s unmatched military power, because Beijing does not buy that line anymore. He needs to look carefully at how exactly America could prevail over China militarily. If, having done that, he believes there is a workable military option, he needs to say enough about it publicly to convince the Chinese of that. If not, of course, then he needs to rethink his whole strategy in Asia.

What about Japan? Is there any risk that Tokyo might decide deliberately to start an armed clash with China? On the face of it this seems a much less likely possibility, but it cannot be dismissed completely. Japan’s leaders might decide that their interests would be served by bringing on a clash and settling the question of U.S. commitment to Japan’s security once and for all. They could well think that time is not on their side. After all, if they are worried today that America might not be willing to confront China on their behalf, how much less confident can they be about what would happen if they clashed with China five or ten years from now? That might lead them to think that it would be better to bring a conflict on now, hoping that Washington would step forward with a robust military response which would force China to back off and drop its challenge to U.S. leadership in Asia, while restoring Japanese confidence in America’s security guarantees. Students of history will see some echoes here of the thinking which brought Japan to Pearl Harbour in 1941.

Of course, Japan’s leaders would recognize the real possibility that America would fail a test of its commitment. But they might think Japan would be better off knowing now that America will not protect them from China, rather than remaining uncertain. It is not hard to imagine Japanese leaders like Shinzo Abe concluding that if Japan must in the future stand on its own against China without U.S. support, the sooner this becomes clear, the better. And the sooner Japan can start to take the necessary steps to defend itself independently, the better.

None of this suggests that conflict in the East China Sea is inevitable, or even that it is probable. But it does suggest that more needs to be done to prevent conflict than just avoid accidents or miscalculations. And it also suggests we need to move quickly.

Hugh White is professor of strategic studies at the Australian National University in Canberra. His book The China Choice: Why We Should Share Power was published in the US last year by Oxford University Press.