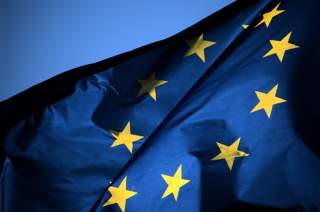 The first line of the Preamble to the Constitution reads in part: “We the People of the United States, in Order to form a more perfect Union….” When those words were penned by America’s founders, the nation was anything but united, a collection of loosely affiliated states. The sole significant source of revenue for the federal government was custom levies, a situation that did not change for more than a century. Each state had its own banks, currency and finances separate and apart from one another.

Today in Greece, we have a very different situation. The European Union (EU), whose ancestor was formed in 1957 by the Treaty of Rome as a means of preventing the great continental nations from waging war upon each other ever again, has created an inherently unfair economic relationship between the member states. The EU states share a common market and currency, but still manage their own finances and have economies with different levels of inflation and productivity. Today the nations of southern Europe led by Greece and including Italy, Spain and Portugal are slowly falling behind their wealthier and more productive northern neighbors.

Since 2010, when Greece entered into an agreement with the International Monetary Fund (IMF), the country has borrowed billions not for investment, but to purchase goods and services that the Greek economy could not support. Since EU officials refuse to entertain the notion of debt reduction, the result is ever more debt for Greece—debt that cannot possibly be paid.

Greece needs debt relief “far beyond” what European creditors have been willing to consider, including possibly deep “haircuts” on the value of Greek debt, the IMF said in a new analysis. The IMF puts the situation in sharp perspective:

Greece’s public debt has become highly unsustainable. This is due to the easing of policies during the last year, with the recent deterioration in the domestic macroeconomic and financial environment because of the closure of the banking system adding significantly to the adverse dynamics. The financing need through end-2018 is now estimated at €85bn and debt is expected to peak at close to 200 percent of GDP in the next two years, provided that there is an early agreement on a program. Greece’s debt can now only be made sustainable through debt relief measures that go far beyond what Europe has been willing to consider so far.

Even as the IMF declares the financial situation hopeless, the EU’s political leaders remain steadfast in their desire to keep the union together. Alexis Tsipras of Greece and Angela Merkel, the German chancellor, were about to give up on further talks this past Monday. “As the two leaders made for the door it was Donald Tusk, the president of the European Council, who moved to prevent the fatigue and frustration from triggering a historic rupture for the Eurozone,” the Financial Times (FT) reports. “Sorry, but there is no way you are leaving this room,” the former Polish prime minister said.

The efforts to keep Greece in the EU may be a political victory of sorts, but an economic and moral failure. Free trade between unequal nations is dangerous, both for the debtor nation and the creditors. Germany is certainly the financial master of the situation in Europe, at least for the moment, but the political momentum toward union is also pulling Europe’s largest and strongest nation towards open-ended support for the weaker nations of the union.

While there is a hard core group in Germany that wanted to force Greece out of the euro, the fact is that Merkel and other EU leaders are de facto assuming the liabilities of the weaker nations. Surely Merkel and the other leaders of Europe knew that Greece could not possibly support the debt it has incurred over the past five years. Why else, a reasonable person might ask, did the EU allow the entry of Greece in the first place? Thus the latest deal suggests that the EU leadership is proceeding under the assumption that the EU will eventually be unified financially, even if such an evolution is politically impossible today.

As we noted in our last article at The National Interest, The Hidden Monster Behind the Greek and Puerto Rican Crises, the euro could potentially depreciate against the dollar in the near term, especially if the EU takes the steps needed to keep Greece in the currency union. The cost of re-liquefying and recapitalizing Greece’s banks, and a likely debt restructuring, will fall squarely on the shoulders of Germany and the other core nations of Europe.

A Federal Reserve rate increase in 2016 could help to accelerate a depreciation of the euro, a move that would probably be welcomed in many EU-member capitals. In theory at least, a cheaper euro will drive exports and hopefully boost employment growth. But the basic structural problems in the EU will not be solved until all of the member states agree on a full political and fiscal union.

John Dizard of the FT notes that “the one who has earned the most honour” in terms of predicting the economic problems facing the EU “is Bernard Connolly, Manchester born and Oxford educated, who 20 years ago published a book, The Rotten Heart of Europe, describing the defects in the intent and design of monetary union.”

Dizard notes that Connolly has not changed his view of the EU’s core challenges: “People misapprehend the problem of the euro when they talk about government debt crises. The problem is with the relative competitiveness of each of the nations as a whole. Adjustment within the euro area requires an internal devaluation, which means deflation or depression, or a transfer union [in which the better off states subsidise the worse off].”

As we wrote in a Kroll Bond Rating Agency (KBRA) research note last month, “Greek Exit from EU Will Mark Start of Restructuring Process,” one of two things is going to happen in Greece: 1) Greece will default and leave the Eurozone or 2) the EU nations will forebear, again, effectively subsidizing one of the weaker members of the EU.” The process of dealing with the twin issues of debt and a lack of economic growth in Greece is a precursor for the EU dealing with larger challenges in the other, bigger nations of southern Europe.

Connally remains skeptical that the EU can pull it off and sees Germany itself eventually leaving the EU. Germany, he says, would be bankrupted by a transfer union, even with very low interest rates. “It would have a bigger effect, indefinitely, than the intended [post first world war] Versailles treaty reparations payments.” He adds that “the right answer to the clash of demographic mandates and to the ongoing destruction...caused by monetary union is for Germany to leave the euro area. That...would minimise the financial damage from the dissolution that is ultimately inevitable.”