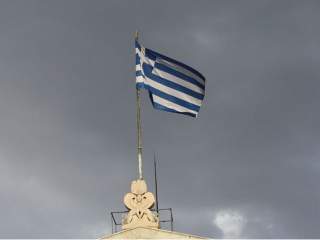 In the past few months, Islamic State has either directed or inspired major terror attacks in Sharm el Sheikh, Beirut, Paris and San Bernardino. While it is true that priority targets of Islamic State remain France, the United States, Russia, Italy and the UK, some countries should nonetheless not feel entirely terror-proof. Greece is a perfect example of this false sense of security.

On November 24, a powerful bomb exploded, causing no injuries, outside the Greek Business Federation. This was likely the work of an anarchist group. Indeed, Greece has been hit quite regularly by far left terror groups since the 1970s. “17 November” is the most notorious of these domestic terror groups: its first major operation was the assassination of CIA station chief Richard Welch in 1975. For the next twenty-seven years, 17 November was Greece’s most lethal terrorist group, killing at least twenty-three individuals, including four Americans. Another radical leftist group, Revolutionary Struggle (EA), conducted a number of high-profile terrorist operations against Greek and Western interests after its emergence in 2003. This included a rocket attack against the U.S. Embassy in Athens in January 2007 that, curiously or not, was claimed for with a note supporting Hezbollah in Lebanon. This example sadly underlines the potential danger of the nexus between Greek domestic terrorist groups and Islamic groups.

Greece is not only a route for jihadists trying to reach Iraq and Syria, but also a gateway into Europe for fighters returning home from the Middle East. For proof of this, the ringleader of the November 13 Paris attacks, Belgian Abdelhamid Abaaoud, used Greece several times to enter Europe from Syria on his way to Belgium. Also, at least two of the suicide bombers at the Stade de France passed through Greece as Syrian refugees.

This might turn out not to be a coincidence. There have been indications that terrorists are setting up logistical, recruitment and financial cells in Greece, in part to facilitate the travel of a growing number of would-be fighters. Some reports have assessed that up to 200 people in the country have links with the two jihadist groups that most Europeans join: i.e. the Islamic State and the Nusra Front—Al Qaeda’s branch in Syria. Finally, some in the large immigrant communities in Athens may have been in a position to provide jihadists with housing and logistical support.

Greece is far from being a priority target for the Islamic State, especially since Greece has made it crystal-clear that it will not take part in any kind of military action against IS. Nonetheless, IS recently released a video threatening the sixty countries that have allied against them, including for the first time NATO member Greece. It is quite obvious that Greece is far down the food chain on the jihadists’ target list, even though its close connection to Russia might put it more at risk.

As we have seen in the past, even if a country is not a target per se of international terrorists, it does not mean that there won’t be an attack on its soil. Bulgaria is the perfect example of this, with the July 2012 Hezbollah attack that targeted a bus transporting Israeli tourists, killing seven at the Burgas airport (including the suicide bomber). The same could easily happen in Greece as Islamic State tries to strike U.S., French, UK or Russian interests, for instance. In light of Greece’s economic fabric, tourist facilities would make an ideal and easy target for IS. This is especially true now; since the attacks in Tunisia and Egypt, the usual Middle Eastern and North African vacation spots have been deserted. One of the countries that most profited from this change has been Greece, which has witnessed a significant increase of European tourists in 2015 and will likely also draw Russian tourists, who are avoiding Egypt and now Turkey. After the tragic examples of Tunisia and Egypt, Islamic State has proof of how effective a terror attack, against beaches or planes, can be in killing tourism.

Finally, Greece is rightly seen as the soft underbelly of the EU. There is serious talk about kicking it out of the Schengen zone, which allows free unmonitored travel within most of the EU. If this were to happen, Greece could become more of a target overnight. In fact, if jihadists were to be “stuck” in Greece, unable to go to France, for example, they might decide to pull off attacks against French interests within Greece.

In the past few years, Greece has been more in the news for its economic and financial crisis than for international terrorism issues. So while Greece is not a target per se for now, this could change quickly if Islamic State decides to strike in the country. Greek security services should take note and be prepared for the worst.

Olivier Guitta is the Managing Director of GlobalStrat, a security and geopolitical risk consulting firm for corporations and governments. He tweets @OlivierGuitta.