As Greece Votes, Europe's Future Hangs in the Balance 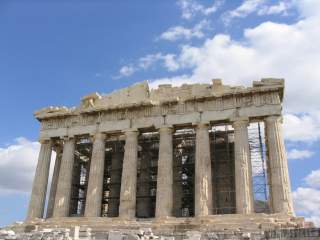 The outcome of Greece’s election on January 25 will be pivotal for Greece—and the way political elites respond across Europe will have a profound impact on the future of the European Union, too.

It is the interplay of Greek national debates and European-level policies that make this election distinctive—and so important. The crucial question is how the European dimension influences Greek democracy, and how Greece’s choices affect the future of the European Union.

At present, the leftist Syriza party looks set to win the elections. The domestic significance of this is that the party’s emergence overturns the decades-long duopoly of the conservative New Democracy and the socialist Pasok parties.

In short, the euro crisis has already profoundly reshaped the very structure of Greek politics. Even if the polls prove wrong and Syriza does not win, politics will not return to the pre-crisis status quo. This is a harbinger of similar political adjustments across Europe.

In the run-up to the election it appears something fundamental has changed in the relationship between Greece’s national debates and what happens at the EU level. European leaders have expressed open concern at Syriza’s rise. Some have floated the prospect of Greece exiting the eurozone.

Such statements from the EU have recently seemed to make Greek voters more, not less likely to support Syriza. Their dislike of EU interference has clearly intensified—even if in recent days concern about Greece being ejected from the euro has narrowed Syriza’s lead in the polls.

This marks a potentially decisive switch. If EU involvement has traditionally been used to legitimize painful domestic reform, it now risks exerting a harmful effect. Optimists insist Greece’s brutal economic medicine was just beginning to work. But even if this is true, it has left in its wake a very different political climate.

A defining question will be how the elections tilt the balance of power between Greece and the rest of Europe. Will Germany and other EU member states be forced to bend to Syriza’s demands in order to avoid a calamitous Greek exit from the euro? Or will the harsh reality of Germany’s orthodox economic policy force a Syriza government to backtrack from its radical election manifesto?

Much will depend on how flexible Syriza would be in government. While the party stands firmly in favor of Greece’s continued membership in the euro, many of its economic proposals would make this extremely difficult in practice. The most likely outcome is that it will make constant ad hoc trade-offs between its pro-European and pro-growth priorities.

And what if Syriza does not win, or is at least obliged to form a coalition government? In response to Syriza’s rise, Greece’s mainstream parties have adopted a more pro-growth rhetoric. If, against expectations, they emerge victorious, they will seek to use this to strengthen their hand in negotiations with other European governments.

Greece’s elections may force a denouement of the tensions that have been building up within the eurozone for five years. A Syriza victory might be such a jolt to the European system that it leads Germany and other northern member states to allow space for more expansionist economic policies. Conversely, it could be the first step towards the eurozone’s dismemberment.

Of course, many feel that Greece’s exit would make it easier to run economic policy in the eurozone. As economic trends have begun to improve and the EU institutions have put in place crisis management instruments, some feel this option can be now be contemplated in a way that it could not three years ago.

But the costs of a Greek exit would still be enormous. And it would unleash renewed instability in the still fragile economies of Italy, Spain and Portugal.

The reverberations from Greece’s election will perhaps be felt most strongly in Spain. Here a similarly left-wing party, Podemos, has risen from nothing to stand a genuine chance of electoral success in Spain’s autumn 2015 elections. Spaniards will be watching the Greek elections closely, and a Syriza victory may embolden Spain’s voters to try Podemos. But if it leads to instability and Greece’s exit from the Eurozone, it may encourage Spain’s two mainstream parties—conservative and socialist—to band together and keep Podemos at bay.

This example indicates how the ripples from Greece’s election will spread outwards to the rest of Europe not only in economic but also in the political realm. Syriza’s victory could be a canary in the coalmine of future European politics. The EU mainstream elite still need to work out how to deal with insurgent populist parties—on the left and right. What happens with Syriza will profoundly influence this debate.

Syriza’s rise shows important things about the way in which the process of European integration needs to be reshaped. The party’s success could have a positive impact in prompting a broader and more participative debate across Europe. The danger is that it leads to exactly the opposite: a defensive reaction by elites to collude together and isolate rising populists. Syriza’s ascent suggests that trying to isolate populist parties through expedient alliances amongst mainstream parties is not a sensible or sustainable way forward.

Richard Youngs is a senior associate at Carnegie Europe