Greenback Empire: Why the Dollar's Dominance Is Here to Stay 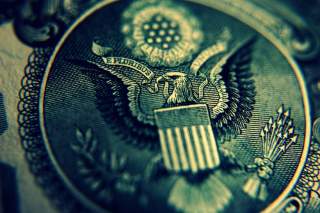 The chorus of voices calling for an end to the dollar’s role as the world’s primary reserve, intervention and transactions currency—sometimes referred to as “dollar hegemony”—is far from new. Calls for an end to this system began in the 1960s, when French finance minister Valéry Giscard d’Estaing decried the dollar’s “exorbitant privilege.” And yet, despite the consistent presence of an “anti-dollar” lobby in the international monetary arena and the support of parties as diverse as China and even the United Nations, the dollar’s role has endured. Indeed, if history has taught us anything about the dollar’s key currency role, it is that while talk of ending it is cheap, the likelihood of such an outcome is somewhere in between improbable and absurd. Although opponents of dollar hegemony are quick to note the dollar’s faults, they consistently ignore three important facets of the history and dynamics of dollar supremacy.

The first thing the dollar’s detractors ignore is that there is no historical precedent for an international effort to dethrone a currency. Although some cite the replacement of the pound with the dollar as the world’s reserve currency in the 1940s, this view neglects the economic and geopolitical circumstances of this transition. Between 1914 and 1945, the World Wars dislodged Britain from its position of financial supremacy, turning it from a net exporter of capital (a crucial aspect of British imperial economic strategy) to a net importer and causing the United States to replace it as the world’s largest exporter. Moreover, Britain’s central financial position had long been bolstered by colonial possessions that were required to buy its exports and, as a consequence, often used its currency. The wars not only fragmented the British trading system, but also forced imperial countries to deal with this disruption by weaning themselves off British support, beginning the process of decolonization. At the Bretton Woods Monetary Conference, where the United States negotiated to enshrine the dollar as the world’s reserve currency in a new international monetary system, the UK was too weak to resist. Today, despite its well-known fiscal and current account deficits, the United States is far from the position of postwar Britain. It took two world wars and the fraying of an empire to dethrone the pound, and that was without the dizzying interconnectedness of today’s international financial system, which would make such a transition exponentially more costly to repeat.

The second thing ignored by the dollar declinists is what would be financially necessary to replace the dollar. The dollar’s role at the center of the international monetary system is not merely the result of an agreement signed in 1944. The dollar can perform this role because the United States’ $30 trillion domestic-debt securities market is more than double the size of the next largest domestic market (Japan), because its government issues roughly $1 trillion in ultrasafe Treasury bonds every year and because the massive dollar-denominated holdings of nearly every country in the world give them good reason to be wary of threats to the value of those reserves. No currency in the world is backed by financial markets as deep or liquid as the dollar’s. The use of any other currency as the world’s key currency would make it much harder for private companies to hold safe reserves for international transactions, harder for governments to acquire the reserves needed to conduct exchange market interventions and harder for investors to preserve their capital during periods of financial instability.

The third thing these detractors ignore is the political difficulty of coordinating such an action. Would China really go to all the trouble of forcing a monetary transition, risking its own dollar holdings, merely to enshrine the euro? In ten or twenty years, when the renminbi perhaps becomes a viable and fully convertible alternative, will Europe really risk its strategic relationship with the United States for its sake? For almost all the countries in question, the dollar represents the least-bad option. While it may be in the interest of a very small number of nations to replace the dollar with their own currency, it is in almost no nation’s interest (save, perhaps, Russia) to replace it with someone else’s.

Some say the solution to this quandary is Special Drawing Rights (SDR), the IMF’s international composite currency. But the SDR has neither the private market, nor the backing of an international superpower to help maintain financial stability. Among the truly plausible alternatives, none is likely to garner the necessary support for a full transition.

True, the growth of the Eurozone and Chinese economies and their currencies has led to a relative decline in the dollar’s role. But we are decades away from a full-fledged transition. Although the euro and renminbi play larger roles than ever before, the euro is still hamstrung by the ghost of a eurozone breakup (who could build an international monetary system around a currency that could plausibly cease to exist?), and the renminbi by Chinese capital controls. Neither represents a truly viable alternative. The fact that the global liquidity crunch during the early stages of the financial crisis was alleviated by the issuance of Treasuries on a massive scale illustrates that point.

It is easy to forget that before the financial crisis, the kind of crisis most commonly predicted by economists was a dollar crisis caused by U.S. deficits. Here, as in so many other respects, economic history has proved the theorists wrong.