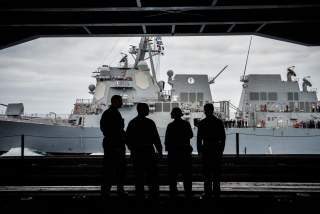 John Stuart Mill’s renowned essay On Liberty constitutes a fixture in debates about the virtues of freethinking, and justly so. Fittingly, Mill couches his brief on behalf of the free interchange of ideas in terms of right and wrong. Underneath the moral argument, though, he pushes the utilitarian argument that squelching speech denies both speaker and listeners—indeed, humanity as a whole—the benefit of hearing dissenting views:

the peculiar evil of silencing the expression of an opinion is, that it is robbing the human race; posterity as well as the existing generation; those who dissent from the opinion, still more than those who hold it. If the opinion is right, they are deprived of the opportunity of exchanging error for truth: if wrong, they lose, what is almost as great a benefit, the clearer perception and livelier impression of truth, produced by its collision with error.

So even loopy ideas are worth hearing, if only to reaffirm the wisdom of accepted practices. Even Anderson’s vacuous claim that NWC faculty should side with the navy or Pentagon, hold their tongues, or risk being fired adds value to the conversation.

Yale psychologist Irving Janis transposes Mill’s logic to organizational settings, where groupthink—a term he coined in the 1970s—is apt to prevail. Janis points out that the pressure to conform to the consensus view can be intense in group settings. Partisans of the consensus try to cajole a dissenter into joining it, then ostracize him if he persists with his heresy. Add career incentives and disincentives to group dynamics—awards and promotions, rebukes and penalties of all sorts—and you only amplify the pressure on outliers to conform.

In turn you impoverish debate over proper courses of action. Hierarchical military institutions are especially prone to groupthink—which is why the Pearl Harbor attack and Cuban Missile Crisis figure prominently among the cases Janis proffers as evidence.

He confesses that groupthink is an Orwellian term with an “invidious connotation” reminiscent of Big Brother’s doublethink and crimethink. The 1984 tie-in is deliberate. “Groupthink,” he declares, “refers to a deterioration of mental efficiency, reality testing, and moral judgment that results from in-group pressures.” In short, groups find themselves estranged from reality when group members think in unison. Nor do such groups adapt easily when reality changes around them.

Groupthink is not something you want more of.

Janis’s prescription? That group leaders appoint a “devil’s advocate” to every group charged with making and executing decisions. The advocate deploys his utmost ingenuity to scuttle the consensus view—even if he doesn’t believe his own advocacy. Wise leadership makes that person’s career incentives contingent on executing the adversarial function with verve.

The U.S. Navy and Defense Department are in luck. They already have standing devil’s advocates in their employ, namely the faculty of the Naval War College and kindred educational institutions. All the military leadership needs to do is get out of the way and let the professoriate follow its natural instinct to critique officialdom. In so doing it will enliven debates over policy, strategy, and force design—and Janis and Mill will smile.

Want an intellectually inert U.S. Navy, Marine Corps, and Coast Guard? Fine: stifle the free interplay of ideas and views on campus, and within the sea services as a whole. Good luck when you square off against a freethinking antagonist.

James Holmes is Professor of Strategy at the Naval War College, coauthor of Red Star over the Pacific (second edition forthcoming 2018), and, he hopes, a progressive outside-the-box thinker. The views voiced here are his alone.