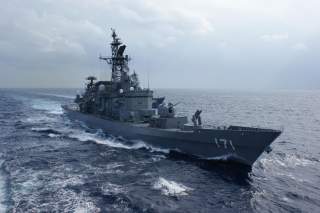 Cooperation between Japan, the United States, and Vietnam has been improving dramatically over the last several years—a reflection of both the changing strategic environment in the region, as well as a deepening sense of trust among the three countries.

Recent events—especially when one examines specific instances of warming bilateral ties with Vietnam—demonstrate how far relations have come. For example, during U.S. secretary of defense Ashton Carter’s recent visit to Vietnam from May 31 to June 1, 2015, he and his Vietnamese counterpart, Gen. Phung Quang Thanh, signed a Joint Vision Statement on Defense Relations—a remarkable development in the defense ties between the two nations, as relations were only normalized just twenty years ago. In the case of Japan, Vietnamese-Japanese defense cooperation has also moved in a similar direction since the two countries upgraded their limited strategic partnership to an extensive strategic partnership in June 2014. All of this comes on the heels of increased defense ties between the United States and Japan, who just announced updated Guidelines for Defense Cooperation with the possibility of joint naval and air patrols in the South China Sea—a development of considerable interest to Vietnam.

Since ancient times, life-sustaining goods and services have traveled by sea. The sea is also a source of prosperity and advancement—the quickest and in many ways easiest means for commercial and political intercourse among different ethnic and political groups. The often-discussed “Sea Lines of Communication” (SLOCs) are more than just shipping routes. They also represent access to the renewable resources of the sea—bountiful fishing stocks and natural resources that can be extracted from the seabed.

Today we remain as dependent on free and open access to the sea for security and prosperity as we did centuries ago. Various statistics only underline this fact. Consider, for example:

- Twenty-one of the world’s twenty-eight mega-cities are within 62 miles or roughly 100km of the sea.

- 23,000 ships are underway daily in SLOCs carrying 95 percent of the world’s commerce by sea. The South China Sea represents half of the globe’s sea tonnage and one-third of its total monetary value.

- Bilateral territorial disputes, such as disagreements between Vietnam and China over the Paracel Islands and between Malaysia and the Philippines over Sabah;

- International challenges and disputes involving many different nations that span the globe who have interests in the South China Sea besides the six parties listed prior, like the United States, Japan, Australia, and the EU nations, just to mention a few.

China is at the center of tensions in the South China Sea for a variety of reasons. First, Beijing’s excessive claims are based on the often-discussed nine-dash-line map, which accounts for nearly 90 percent of the South China Sea, dating back to the Kuo Min Tang era. However, China has never had effective administrative management of the areas within the nine-dash line.

Secondly, Beijing’s claims are backed by powerful coast guards and naval forces that aim to drive rival claimants out of the disputed area. For example, China’s coast guard has more ships than the coast guards of Japan, South Korea, the Philippines, Malaysia, Indonesia, and Vietnam combined.

Thirdly, unlike other claimants, China has the power, determination, and ambition to dominate and then control the South China Sea and has been quickly and assertively trying to make such goals a reality. Recent examples include China’s taking control of Scarborough from the Philippines, placing a giant floating oil rig in Vietnam’s exclusive economic zone, and unilaterally introducing annual fishing bans in the South China Sea. Beijing’s massive land-reclamation efforts to turn the uninhabited rocks and islands of the South China Sea into inhabited entities are a prime example. For roughly the past eighteen months, China has reclaimed more than 800 hectares of land. In addition, Beijing has never been serious about materializing its commitment to conclude the negotiations with ASEAN on the DOC and COC, all the while driving a wedge between claimants and nonclaimants in ASEAN, thus weakening ASEAN’s collective posture on the disputes in the South China Sea.

Fourthly, what has caused nations around the region to become increasingly concerned is that Beijing has never been transparent about the future use of these new islands. Such islands could serve both civilian and military purposes if China wanted to exert pressure on those whom it assumes pose threats to its security or its more-broadly-defined national interests.

As regional tensions continue to grow—thanks to China’s actions listed above—the situation has become even more complex, as the United States intensifies efforts to stop Beijing’s reclamation efforts. Speaking in Hawaii before attending the 14th Shangri-La Dialogue in Singapore, Secretary Carter offered a stern warning to China: “There should be no mistakes: the United States will fly, sail, and operate wherever the international law allows, as we do all around the world.”[1] However, Beijing has not shown any signs of changing its behavior. Admiral Sun Jianguo, the deputy chief of the General Staff Department of the PLA, stated China’s position: “Constructions fall well within the scope of China’s sovereignty and are justified, legitimate and reasonable…”[2]

Could Tensions in the South China Sea Spill Into Conflict?

Countries around the region are deeply concerned over growing tensions in the South China Sea. As various parties enhance their military capabilities and intensify their presences at sea, and nationalist sentiments in the region increase—from Japan to the Philippines, South Korea, and even China and Vietnam—a minor incident could easily occur, pushing the region to the brink of a major war. The ramifications for the Asia-Pacific and perhaps the wider Indo-Pacific region could be severe; a major war today could easily rival or surpass conflicts in the past, such as the Korean and Vietnam Wars.

Considering the Stakes, Greater Cooperation on Maritime Security Is Vital

In the context of growing tensions between China and the United States, as well as among claimants of disputed islands and reefs in the South China Sea, there is an urgent need to boost cooperation on defense and maritime security issues among the various parties involved and other nations that have clear national interests in the region. Clearly there is room for the United States, Japan, and Vietnam to work together on these issues. However, it should be noted that regional maritime cooperation is now mainly based on bilateral initiatives, with less focus on trilateral or region-wide initiatives.

Among bilateral security alliances in the region, the U.S.-Japan alliance is the most influential and long lasting. This alliance is pivotal not only for the U.S. “rebalance” to East Asia, but also for each country’s respective security, as well as securing freedom of navigation. After two years of negotiations, Japan and the United States announced updated Guidelines for Defense Cooperation on April 26, 2015. The most important aspect of the updated Guidelines is that Japan—for the first time since the end of World War II—is not bound by geographical constraints and can jointly work with the United States to respond to security concerns that directly affect Tokyo’s security beyond Japanese territory and the surrounding area. In terms of specifics, how Japan and the United States are to cooperate with each other in various situations has not been explained in detail—leaving room for speculation that Japan can either independently or jointly patrol with U.S. air surveillance or naval forces in the South China Sea.

Maritime cooperation is an increasingly important aspect of larger U.S.-Vietnamese defense cooperation. In September 2011, the United States and Vietnam signed a Memorandum of Understanding (MOU) on Advancing Bilateral Defense, with defense cooperation quickly growing thereafter. During a meeting with Vietnamese foreign minister Pham Binh Minh, U.S. secretary of state John Kerry made the following remark concerning U.S.-Vietnamese relations: “I can’t think of two countries that have worked harder, done more, and done better to try to bring themselves together and change history and change the future . . . ”[3]