Gulf Armies Are Doomed in Yemen 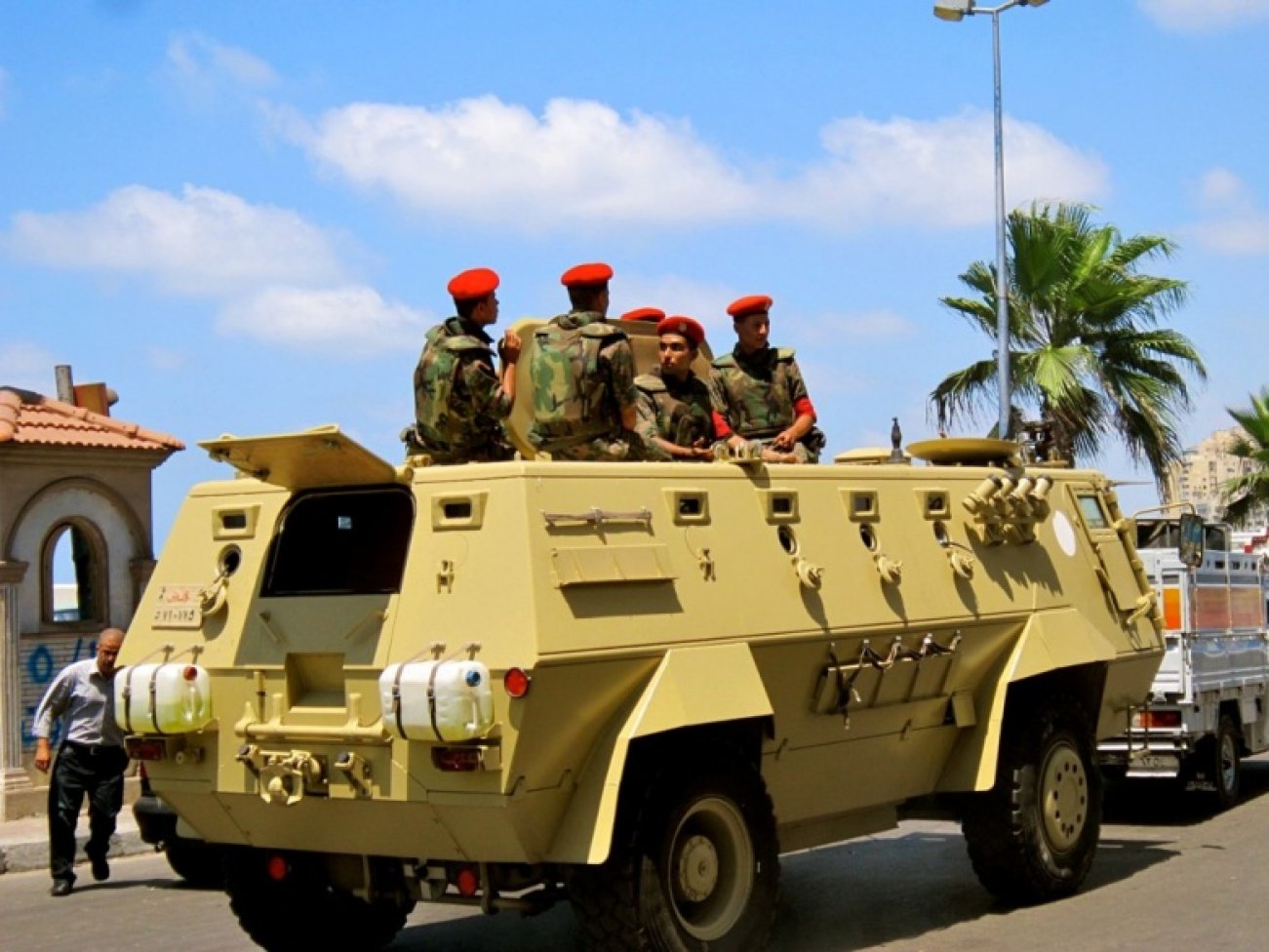 Sunni Arab Gulf states have great wealth, spend immense amounts on defense, and command large numbers of troops. They have nonetheless depended on foreign powers, chiefly the United States, for their security. Paradoxically, their arms purchases seek to obligate Western powers to defend their big Arab customers, as they try to build competent militaries.

This was made clear when the startling rise of the Islamic State (IS) last year led to proclamations and bravado from Sunni Arab capitals, but little of military significance. The bulk of the forces fighting IS in Iraq are Shia soldiers and militias and Western fighter pilots.

The Sunnis are trying to change this dependency by building an international force of land, sea, and air units to deal with the Houthi rebels in Yemen. What will come of this coalition in Yemen? What does it portend for the Middle East?

The Rise of the Houthis

Yemen has been continuously rent by conflict and civil war for decades. Political unity has proven short-lived. The recent Houthi offensive is simply the most recent war between the north, which was governed by the Ottoman Turks, and the south, which was a British colony.

Sunni capitals are in considerable alarm over the rise of the Houthis. The Houthis are seen as proxies of Iran and a vanguard of Shia expansionism. This concern is widely repeated in the U.S. Congress but is not well-founded. U.S. intelligence, for example, sees Iranian influence in Yemen as recent and not especially large. The driving forces behind the Houthis come from inside Yemen.

Sunni perceptions of events in Yemen are shaped by sectarian outlooks and enmities, and the danger of Iran and Shiism is overstated. Sunnis also see Shia power on the rise in the region, though it has clearly declined rather precipitously in Syria and Iraq owing in part to the rise of Sunni jihadis. Nonetheless, the Sunnis are building a military force to respond to Iranian-Shia power.

Thus far, the Sunnis have only launched airstrikes and directed naval artillery on the Houthis, destroying arms caches in the north and halting Houthi forces in Aden and in the south. This has taken away Sunni assets from the campaign against IS in Syria and Iraq, though that has been overwhelmingly conducted by U.S. aircraft. Airpower alone will be of only limited usefulness against the Houthis. As the saying goes, “no aircraft has ever taken or held ground.”

The ground troops of the Sunni Gulf powers are lavishly equipped and appear impressive in promotional footage. However, their training programs are lax compared to those of Western counterparts, and they are largely untested in battle. Observers with Saudi units in the First Gulf War, the most recent sizable deployment, were not impressed.

Sunni Arab armies are made up of soldiers from disparate tribes with little history of protracted cooperation and long histories of fighting or competing with each other for greater disbursements from their princes. Soldiers looking at their fellows see not fellow countrymen, but rival tribesman. Further, as they look up the chain of command they do not see accomplished professionals, only political appointees and well-connected scions.

In the aftermath of repressed reform movements over the last five years, many in the rank and file might well wonder why they should risk their lives for an aged family clique. The princes will be reluctant to see their troops questioning why in the middle of a costly war.

The Sunni Gulf monarchs have conspicuously gone outside the Gulf to bolster the credibility of their ground troops by garnering support from Egypt and Pakistan, two countries with large, experienced armies. The Saudis are calling in markers for all the subsidies bestowed upon Cairo and Islamabad over the years.

It is questionable, however, if either army will be eager to get involved in a ground war in Yemen, which given the tenacity of the Houthis, will almost certainly be protracted and costly.

Egypt once took sides in a previous Yemeni civil war and found itself in a long, fruitless war against northern Shias—the Houthis’ forebears—who, paradoxically, Saudi Arabia then supported. This is a sign that Yemeni fissures have a decided transience to them and that outside forces act out of short-lived assessments.

Pakistani generals are certainly at least as beholden to Riyadh as their Egyptian peers, but they are also gravely concerned with their own national security. Any extended deployment to Yemen will, in the generals’ estimation, invite exploitation by their rival to the east—India.

In their estimation, India will seek to take advantage of Pakistan by making a move in the contested Kashmir region, or in Afghanistan, or by stirring up secessionism in Pakistan’s western province of Balochistan.

The Sunni ground forces that Riyadh is assembling, then, do not yet constitute a serious force in regional affairs. Actions in Yemen are likely to be limited to frontier skirmishes and limited deployments seeking to force the Houthis to pull back from the south and come to the bargaining table. Yet they are sufficient enough to cause worries in at least two Middle Eastern capitals.

Iran’s response to a sizable international force coalescing against it will be based less on the analysis of a comfortably distant observer, and more on the alliance’s proximity and actions against fellow Shia. The alliance will be interpreted in Tehran through the lens of its history and the attacks on the Houthis will be seen as the opening of a broader campaign.

Sunni extremism is on the rise all around: al-Qaeda, the Islamic State, and Pakistani-based militant groups may coalesce with regular Sunni armies and bring about another powerful invasion of Iran such as the one that led to the long Iran-Iraq War (1980-1988). Alternately, or in conjunction, Sunni powers may foster insurgencies in Iran’s restive Kurdish and Baloch regions.

Iran may respond by encouraging Shia protests in Sunni states, some of which contain large Shia populations or even Shia majorities. Though Shias are only about ten or fifteen percent of the Saudi population, they are strategically located along the frontier with Yemen and in the oil-rich Eastern Province.

Natural allies in the region, Syria and Iraq, are engaged in their own wars with Sunni jihadis. This will encourage Tehran to strengthen ties with Washington, which though unlikely to overtly side with Iran, will seek to keep the peace in the economically critical region—a goal that Russia and China will likely support with their influence with the Sunni monarchies and Iran.

In recent years, as Iran’s nuclear program became the foremost concern in Middle Eastern affairs, Israel and Saudi Arabia put aside longstanding antagonisms and made common cause against Iran. But the Saudi gathering of armed forces will cause great concern in Israel, even if its potential is judged as dubious as it is in the United States.

The presence of the Egyptian military will be especially worrisome. It is the best army in the Arab world and can no longer be relied upon to stay on the sidelines due to a decrease in American subsidies. Egypt borders Israel.

Syria is presently in turmoil but the prospect of a Sunni region coalescing outside the Damascus-Aleppo corridor in a few years cannot be dismissed. Nor can this region’s political alignment with a breakaway Sunni region in western Iraq be dismissed. The addition of experienced Egyptian, Syrian, and Iraqi troops to the ranks of the untested troops of the rich Gulf states would significantly strengthen the Saudi coalition and their attention will surely focus on Israel one day.

Future historians will look back on this emerging Sunni coalition and wonder why Israel and Iran did not begin to explore rapprochement. Further investigation will reveal that mutual hostility is firmly ingrained in both countries’ security bureaus and publics as well, and that this may have needlessly imperiled their security in an increasingly dangerous region.

Brian M. Downing is a political-military analyst, and author of The Military Revolution and Political Change and The Paths of Glory: Social Change in America from the Great War to Vietnam. He can be reached at [email protected].