This Gun for Hire: 5 Russian Weapons of War for Sale 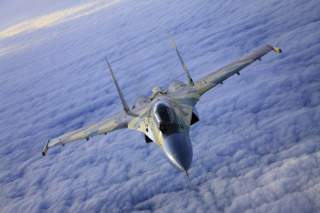 American arms reach a wide range of customers across the globe. However, there are some countries the United States will not sell weapons to for a variety of political and strategic concerns.

For these nations, Russia offers a reliable alternative to U.S. products. Although many Russian arms are of a lower caliber than American systems, Russia often sells more weapons for less money than Washington. Purchasing Russian weapons also provides a cheaper alternative for developing powers or smaller states who might otherwise be forced to establish their own domestic arms industries.

Moreover, many of Russia’s arms customers do not need weapons capable of knocking out advanced American systems. Countries like Ukraine and Georgia along with a range of non-state actors across Asia and the Middle East have aging or depleted arsenals. Their opponents need only acquire weapons that are better—not the best.

China is an obvious customer for many Russian weapons. Other rising powers like India, Brazil, Indonesia, and Iran continue to turn to Moscow to fill their arsenals. Even Western-aligned states like Turkey, Saudi Arabia, and South Korea have considered Russian arms in the past. Of course, the rapid proliferation of Russian weapons can be problematic, as many find their way into the hands of militant non-state actors and rogue regimes.

All that being said, here are the five best weapons Russia may sell around the world.

Although the Su-27’s modernized variant, the Su-35, surpasses the original Flanker in many categories, this Cold War classic remains a reliable model in Russian service and with a variety of other countries.

Entering service with the Soviet Air Force in 1985, the Flanker can achieve speeds above 2,500 km/h, outracing the F/A-18 and F-16. Russia, Belarus, Ukraine, Kazakhstan, and Uzbekistan inherited the U.S.S.R.’s Su-27 fleet. India and China both acquired rights to build Su-27s domestically, while Indonesia and Vietnam field the Flanker as well.

The Su-27 is notable for its versatility. In addition to the generation 4++ Su-35, the Su-27 can be adapted for a range of specialized roles. A navalized variant, the Su-33, can land on aircraft carriers while the Su-34 performs fighter-bomber missions.

With a variety of combat roles and years of service, the Su-27 promises to remain a staple in many air forces for years to come, even as newer, more expensive designs emerge.

Sukhoi’s Su-35 is easily the most formidable fighter in active Russian service and will retain that status until Moscow is able to field the T-50 PAK FA. An upgraded version of the late Cold War-era Su-27 “Flanker”, the “Super Flanker” can hold its own against most fourth generation American models. Some United States Air Force officials even suspect the Su-35 could pose a threat to the stealthy fifth generation F-35 Joint Strike Fighter (JSF).

A 1,600 km combat radius makes the Su-35 an effective tool for any military to project power at considerable distance. The Super Flanker’s surface is coated with Radar Absorbent Material (RAM), giving the plane some fifth generation stealth qualities on a reliable fourth generation platform. A range of air-to-ground and air-to-air weapons can be fitted to the Su-35, making the aircraft useful for a variety of missions.

All of these qualities make Sukhoi’s upgraded 4++ generation plane desirable to a host of potential customers, China chief among them. The ability to match American fighters in battle could be particularly useful for Beijing should conflict ever erupt with the United States. Perhaps most importantly, the Su-35’s range would allow China to patrol more of the distant waters in the South China Sea.

Although no sales have officially occurred as of yet, Moscow is eager to find buyers for the Super Flanker. Outside of China, Russia has targeted South Korea, Indonesia, India, and Brazil as potential customers.

The T-90 tank is a UVZ design with years of combat experience with the U.S.S.R., Russian military, as well as armies across the post-Soviet space and around the world.

A modernized version of the Soviet T-72, the T-90 is a reliable model. Although it is smaller than the American M1A1 Abrams Tank and beginning to show its age, the T-90 remains useful in most theaters Russia will have to fight in: the Ukrainian and Georgian armies field even older designs. For many potential importers, the T-90 offers a more affordable option to newer Russian and Western models.

UVZ’s T-90 is equipped with a 125mm smoothbore cannon that can fire anti-tank rounds and guided missiles. The T-90 is lighter than many of its Western counterparts, but its armor is still thick enough to destroy anti-tank rockets on contact. These attributes make the T-90 appealing to many potential customers. In addition to Russia, Azerbaijan, and Turkmenistan, which inherited the Soviet T-90 fleet, the Indian Army also uses this tank. In fact, Delhi has plans to acquire some 1,657 tanks, roughly a thousand of which will be built domestically.

Other countries, such as Cyprus, Peru, Venezuela, and Vietnam, have all considered in the past or are presently considering T-90 purchases.

Designed by Uralvagonzavod (UVZ), the world’s largest main battle tank producer, the T-14 Armata—first premiered earlier this year—is Russia’s first all-new tank model since the Soviet-era. The Armata has elicited fears in some Western circles—for its impressive capabilities—and jeers from others—after a T-14 broke down during rehearsal for the 2015 Victory Day Parade in Moscow. If Russia can smooth over any mechanical issues before the tank is pressed into active service, the Armata will prove to be a powerful instrument in the Kremlin’s arsenal—and potentially in other militaries.

The Armata’s design is inspired by the Israeli Merkava, itself a reliable weapon with a lengthy combat record in Gaza and Lebanon. The Armata incorporates a fully automated turret with a 125mm cannon. The unmanned turret reduces the crew’s exposure to battlefield hazards and enemy fire. A new armor layout more closely resembles successful Western designs than Cold War-era Soviet models.

In the future, the Russian Army might not be alone in fielding the T-14. China and India are eager to upgrade their tank fleets, which mostly consist of older vehicles from the U.S.S.R. The Armata’s designer, UVZ, is also courting buyers in the ex-Soviet Central Asian republics.

The S-400 is a surface-to-air missile system that, if the S-300’s history is any guide, will likely be fielded by countries across the world in the future.

The Russian military first introduced the S-400 in 2007 after years of development. With a range of 400km, the S-400’s missiles can shield a wide area of operations from enemy airpower. In 2012, Russia dispatched S-400 platforms to Kaliningrad Oblast, an exclave that borders Poland and Lithuania. This deployment brings a broad area of NATO air operations within Russia’s reach. The Western powers may eventually have to deal with S-400s beyond the Eurasian theater, as Moscow seeks partners to import the system and boost Russia’s arms industry.

China became the first foreign customer to purchase the S-400, finally concluding a deal with Russia earlier this year after years of negotiations. This could endanger U.S. and allied air operations in the Western Pacific region should hostilities break out between Beijing and an American partner in the area. It would also enable China to achieve air superiority over Taiwan.

China is ultimately to be the only country to purchase the S-400. Saudi Arabia, Turkey, and Belarus have all expressed interest. Some Russian officials have even reportedly expressed interest in selling the system to Iran (though it appears more likely that Tehran will receive the older S-300).

Evan Gottesman is an editorial assistant at The National Interest.