H. R. McMaster’s Battlegrounds: A Fight for the Soul of U.S. Foreign Policy 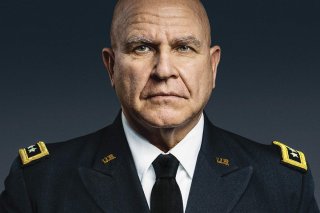 From 2017 to 2018, Lt. Gen. H. R. McMaster was the twenty-sixth national security advisor to the president of the United States.  His noteworthy new book Battlegrounds is a valuable memoir of that period. It also contains his recommendations for the future.

Battlegrounds provides a fascinating tour of current U.S. foreign policy challenges, region by region, beginning with Russia and China, followed by South Asia, the Middle East, Iran and North Korea. McMaster adds a chapter on security threats in outer space, cyber, and new technologies. Finally, he considers persistent difficulties in confronting all of these challenges. The tour is enlivened by his description of personal experiences overseas and within Washington, DC at the very highest level. This makes it one of the few indispensable books on the foreign policy of the current administration. But it also gives the work forward-looking worth, since it addresses dangers that McMaster correctly understands are not about to go away.

The policy perspective of any leading player grows out of specific personal experiences. Prior to his appointment as national security advisor, the Philadelphia-born McMaster had already won a well-deserved reputation as one of the most capable Army officers of his generation. After graduating from West Point, he completed a Ph.D. in History at the University of North Carolina, later turning his dissertation research into a book, Dereliction of Duty. That work is required reading on civil-military relations and President Lyndon Johnson’s strategically dysfunctional manner of entry into Vietnam. Captain of the 2nd Armored Cavalry Regiment’s Eagle Troop during the 1991 Gulf War, McMaster and his troop quickly destroyed a much larger enemy armored forces in the Battle of 73 Easting.  Between 2004 and 2006, he commanded the 3rd Armored Cavalry Regiment deployed to Iraq, providing an example of what effective counterinsurgency (and this does sometimes happen) might look like. During the Obama years, he was openly critical of the tendency to believe that retrenchment and accommodation would serve American interests. For all of these reasons and more, he eventually came to President Donald Trump’s attention as a promising appointment.

A central, persuasive argument in the book is that the end of the Cold War led to a lengthy period characterized by bipartisan U.S. foreign policy hubris and over-optimism. The U.S. failed to plan for numerous military interventions with adequate preparation. It also failed to understand the continued need to compete with a range of serious adversaries overseas. Instead, the dominant pattern has been one McMaster calls “strategic narcissism.” This is when Americans see what they want to see abroad, rather than viewing U.S. adversaries for what they are—i.e., frequently more unfriendly than we would like. The corrective, in his view, is “strategic empathy.” That means truly understanding the intentions of your competitors. But the purpose here is not appeasement. Rather, the purpose of strategic empathy with competitors is to more successfully compete with them. Or as Sun Tzu recommended: “Know your enemy.”

McMaster’s conception of his task, on assuming his new assignment, was to develop and oversee orderly interagency processes designed to offer policy options to the president. These processes were to center on the National Security Council (NSC). And they were ultimately meant to include the development and implementation of sensible strategies over a range of regional and functional issues. One positive result of all this was the issuance of the 2017 National Security Strategy, a document that—together with the Pentagon’s 2018 National Defense Strategy—helped set the agenda for a new era of great-power competition. Those reformulations of American policy have had a very real positive impact down into the executive branch and beyond.

Now in any administration, there are numerous reasons why a formal, orderly, NSC-centered process between principal players may not develop. In fact, it frequently doesn’t. One reason is that key cabinet members might not want one, preferring to protect their own bailiwicks. Another is the all too common reality of bureaucratic inertia and unexpected international events that sideline even the most well-intentioned plans.  Finally, the president himself might not want it. He may prefer a more informal process, gravitating toward a small circle of like-minded advisers over time. As William Newmann found in Managing National Security Policy, the latter tendency is more common than not.

As it happens, when Americans elected Trump president in 2016, they elected a chief executive who made clear his disdain for conventional DC procedures, on foreign policy as on other matters. As he said in his most famous book, The Art of the Deal, “I play it very loose.” There was never any misunderstanding on that.

Furthermore, the foreign policy platform on which he campaigned was also quite clear. He argued explicitly that U.S. allies are free-riders who have taken advantage of the United States over a period of decades—and that resulting imbalances must be redressed through increased burden-sharing and renegotiated arrangements on both commercial and military matters.  This was certainly not the dominant Beltway view in either party at the time. It still isn’t. It is Trump’s view, and he won a valid presidential election campaigning on that platform.

McMaster describes a number of cases where he disagreed with a given presidential statement, or with a specific policy option. Obviously the two men entered office with different worldviews. This led to more than one moment of tension. During the summer of 2017 for example, and against Trump’s initial inclinations, McMaster made the case for giving America’s war effort in Afghanistan another chance. He won that argument. With regard to Russia, in practical terms, the Trump administration’s policies on the ground have often been hardline. But McMaster opposes any attempt to flatter Vladimir Putin, arguing that the Russian dictator is immune to such flattery and will on the contrary consistently try to outmaneuver you. In the case of the Obama administration’s 2015 Joint Comprehensive Plan of Action with Iran, McMaster is appropriately withering in his criticism of it, calling it “an extreme case of strategic narcissism.” Once in office, however, he argued against any immediate withdrawal.

Battlegrounds also lays out its author’s sincere unease over several U.S. foreign policy statements and decisions since he left office, particularly with regard to Afghanistan, Syria, Russia, and North Korea.  His general view is to hold on to forward positions—and be clear about the hostile intentions of U.S. adversaries.

Fundamentally, McMaster views America’s allies as assets rather than liabilities. This helped shaped his preferred approach, for example, toward U.S. negotiations with South Korea—another moment of tension with Trump.  But during McMaster’s time in office, tensions over policy preferences remained just that. These were genuine differences between strong personalities. They were not framed as the kind of bad-faith accusations or mutual ad hominem attacks so common these days. And as he says in his new book: “unlike members of the cabinet or NSC staff, the president is elected and should be the person to set the course for US foreign policy and national security strategy.” Within the American political system as it currently exists, that recognition is non-trivial; please read it again.

For those hungering after slanderous gossip or petty backbiting in the context of an unusually vicious election season, this book may disappoint. That just isn’t the author’s style. As he notes upfront:

“Those who opposed the president wanted an account to confirm their judgment that he was a bigoted narcissist unfit for office. And they wanted me to write it immediately so that the book might influence the outcome of the 2020 presidential election.  Although writing such a book might be lucrative, I did not believe that it would be useful or satisfactory for most readers.”

Indeed, as he says upfront, McMaster wanted to write something non-vitriolic, with the aim of improved understanding. And he succeeds. Not that he fawns over Trump’s character, or his every decision.  But what McMaster avoids—unlike, say, the anonymous author of A Warning—is adding to the sum total of Beltway humbug. McMaster is a straight-shooter. He simply tells you what he thinks about policy matters.

The now-retired Lieutenant General is justifiably proud of the part that he and his staff played in bringing focus to the generational challenge posed by the rise of the People’s Republic of China. This may end up as the single most positive foreign policy legacy of the current administration. Because Trump was so rude as to point to—and then do something about—longstanding predatory Chinese economic practices inside the United States, he changed the conversation. This shift was long overdue, and once eminent Obamanauts start claiming they initiated it, then you know you’ve won the argument.

Still, if the rise of China is really so serious a challenge as McMaster suggests—and it is—then this may require certain U.S. adjustments and adaptations with regard to other countries as well. The United States cannot simply walk away from vital regions. Yet in a world of limited resources, the need to prioritize is basic, and the recognition of tradeoffs is essential. One implication is that the United States will need to work with certain regimes not especially liberal, in order to counterbalance China. Another is that the United States will need to reconsider some inherited policy legacies from a previous era within the Greater Middle East, not only because they have failed, but because efforts versus Beijing must now be concentrated with an increased economy of force. These are just a couple of the points the president keeps trying to communicate, in his own rough way. But contempt for the man’s persona sometimes blocks reasonable policy discussion.