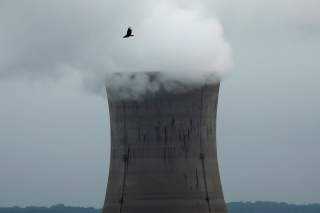 American workers are constructing a project in South Carolina that is a vital component for keeping nuclear weapons and weapon-grade material out of proliferators’ and terrorists’ hands. The Mixed Oxide (MOX) Fuel Fabrication Facility honors the United States’ commitment under the Plutonium Management and Disposition Agreement, which calls for the United States and Russia to eliminate at least sixty-eight metric tons of weapon-grade plutonium.

The MOX facility, a first-of-a-kind complex that is currently being built at the Savannah River Site, would convert surplus plutonium from retired nuclear weapons into a plutonium/uranium blend so it can be used in U.S. commercial nuclear reactors. In this way, not only does the MOX fuel produce valuable electricity, but it renders the plutonium unusable for nuclear-weapons purposes.

Unfortunately, the Department of Energy (DOE) under the Obama administration made a decision to drastically shift the course of the plutonium disposition program. It proposed terminating the MOX program and, instead, taking the plutonium, diluting it, and storing it underground at the Waste Isolation Pilot Plant (WIPP) in New Mexico, an alternative that brings many unresolved financial, legal, environmental, regulatory and nuclear-safety concerns that will take many years to resolve.

Among the concerns is what would be done with the excess plutonium when WIPP is filled to capacity, a near certainty that was conceded earlier this year by former Energy Secretary Ernest Moniz. WIPP is the only functioning underground repository for nuclear materials, despite decades of efforts by the U.S. government.

As former chairman of the House Armed Services Committee, I supported the MOX program and witnessed wide bipartisan support in the House and in the Senate, including South Carolina Sen.s Lindsey Graham and Tim Scott. It has also enjoyed support from the Clinton and Bush administrations, the first term of the Obama administration, and Governor Henry McMaster of South Carolina. This is why it is particularly disappointing and risky to U.S. national security to terminate construction of the MOX facility, which is more than 70 percent complete, and begin a new, untested disposal method, which is likely to have significant consequence not only on U.S. and Russian efforts to dispose of weapon-grade plutonium but on nuclear clean-up efforts in the United States as well.

In fact, we’re already seeing the global consequences of walking away from our commitment to the bilateral agreement. As a result, we no longer have the confidence that Russia will dispose of its own weapon-grade plutonium in accordance with the terms and conditions of the agreement. (Disposition was to have been monitored in both countries by the International Atomic Energy Agency.)

The only way to get the Russians back to the table is to continue with the MOX method of disposition. If we can demonstrate our commitment to MOX, then the Russians have stated publicly they are willing to consider the prospects of restoring the pact.

DOE’s dilute-and-bury alternative to MOX does not meet the terms of the U.S.-Russia plutonium disposition agreement. A critical difference between the two methods is that dilution does not change the structure of plutonium, so the material could conceivably be recovered and reused in weapons. That is an important distinction to the Russians and should be important to us.

Additionally, DOE has overlooked and discounted many other factors that affect the suitability, cost and timing of placing thirty-four metric tons of weapon-grade plutonium in WIPP. DOE continues to use unsubstantiated cost estimates to justify terminating the MOX project and pursuing the unproven alternative of dilute and dispose. DOE has a history, noted by the Government Accountability Office, of underestimating the costs of major capital projects and, years later, going in a different direction.

The contractor building the MOX facility has stated that it could complete construction in one-third of the time cited in the FY 2018 budget proposal and for less than half the cost. If true, I encourage the Trump administration to sit down with the contractor to negotiate a new deal.

I am concerned about the effect on our national security of a further proliferation of nuclear weapons and weapons materials. The Trump administration should reconsider the merits of DOE’s plutonium-disposition program and, more specifically, the MOX facility at the Savannah River Site as it pertains to the United States’ national-security efforts.

President Trump has the opportunity to leave a lasting legacy by exercising the leadership that only the United States can provide, and succeeding where other administrations have fallen short, by making significant progress on nonproliferation that can be sustained well into the future.

Howard “Buck” McKeon is the former chairman of the House Armed Services Committee.