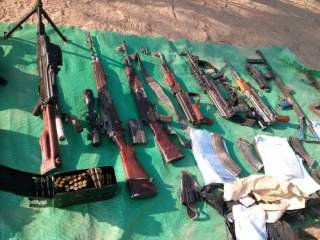 As IDF ground operations continue in the Gaza Strip, along with increasing violence and death tolls, following several infiltration attempts and unprecedented salvos of rockets fired toward Israel by Hamas, the umpteenth escalation can no longer be described as an “inadvertent” war. Two instances of heinous killings, one by a rogue Hamas cell resulting in the death of three Jewish teenagers, the other involving Israeli extremists who killed one Palestinian youth, led to the assessment that the conflict was unintended, prompted by two unpredictable crimes. Yet, while the initial murder of the three Jewish teenagers and the subsequent killing of the Palestinian were not planned by either side, it is becoming increasingly clear that Hamas did indeed prepare this not-so-inadvertent war.

The Islamist organization ruling over the Gaza Strip has become increasingly desperate and seems to have run out of options: provoking an operation in Gaza is allowing it to regain lost prestige and diplomatic relations. When the Israeli “Operation Protective Edge” started, the Gaza-based movement appeared more isolated than ever. Despite the usual demonstrations of support and condemnation of the Israeli operation from the Arab League and several Arab states, Hamas remained in dire need of both political and financial support. While the political wing of the organization agreed to form a now living-dead unity government, the Izz a-Din al-Qassam Brigades—Hamas’ military wing—was likely preparing for a potential desperate attack against Israel, which they perceived as the only plausible way to restore the movement’s image.

A series of bold attacks via tunnels and the sea—all of which have been foiled by Israel—still reflect the group’s pre-prepared plans to conduct attacks on Israeli soil. Prior to the ground offensive, the firing of rockets during rush hour and dinner time, the sending of threatening text messages to thousands of Israelis, as well as a forewarned missile salvo in Tel Aviv on July 12 (which forced thousands into shelters) demonstrated Hamas’ experience in playing with Israeli public opinion and waging psychological warfare. At shelters across Tel Aviv, people did indeed request that the Israeli government enter Gaza, or at least understood this may be the upcoming result of the psychological warfare Hamas was waging. The Islamist group, for its part, had accepted that a ground operation was its best option to save it from despair. Such a choice has resulted from a rapid, yet largely unseen, deterioration of Hamas’ standing as the “true” Palestinian resistance.

Egypt’s unprecedented campaign against the smuggling tunnels that supplies arms and other products to the Gaza Strip has brought Hamas, formally the Gaza branch of the Muslim Brotherhood, to its knees. Such tunnels serve as Hamas’ primary source of revenue, as it collects taxes on trade via these tunnels, while the Palestinian Authority, led by President Mahmoud Abbas, collects taxes via Kerem Shalom, Israel’s land crossing to the Gaza Strip. Moreover, Gaza’s nearby Sinai Peninsula has traditionally been used by Hamas to “export” the strip’s most-extremist jihadist-Salafist groups, thus enabling the ruling Islamist organization to manage the pressure coming from more radical groups. The closure of the tunnels and the Egyptian counterinsurgency campaign have, as a result, returned these groups to Gaza and further prevented Hamas from expelling them. While they do not represent a direct threat to Hamas, such groups certainly play a role in heating up negotiations between Hamas and other factions and hindering the organization’s ability to implement a cease-fire.

Meanwhile, in the eyes of Hamas, the unity government it formed with the Palestinian Authority did not deliver its promises, with Mahmoud Abbas unwilling at the moment to pay for the salaries of the 40,000 Hamas civil servants. In June, clashes broke out between several civil servants from Hamas and from the Palestinian authority, as the latter’s salaries have continued to be paid while Hamas remains unable to pay the former. The political solution’s failure and continuous loss of support from traditional allies, such as Syria and Iran, have likely undermined the political wing of Hamas and, in the internal power struggle occurring in the Islamic group, resulted in the al-Qassam Brigades having the upper hand.

Many rightfully described the al-Qassam Brigades as the armed wing of Hamas, yet it is now clear that it is quite the opposite: Hamas is the political wing of the Izz ad-Din al-Qassam Brigades. Hamas’ armed wing is in desperate need for symbolic victories and regaining the political and international momentum it has lost in a relatively short period of time. This is particularly true as with Hamas’ decline, the competition between the different Palestinian groups to embody the resistance against Israel is at an all-time high. Funding coming from Iran and, more importantly, whether it will go to Hamas or not, will depend on Hamas’ ability to stage successful attacks on Israel and generate a high “return on investment” for the Iranian money. In this deadly game, Hamas’ rockets and tunnels were the last cards of a movement that rapidly ran out of options and became desperate. And desperate men are always dangerous.

Michael Horowitz is an intelligence analyst working for Max-Security Solutions, a geopolitical risk consulting firm based in the Middle East.