Harry Reid Gets Demoted: What a GOP Senate Could Bring... 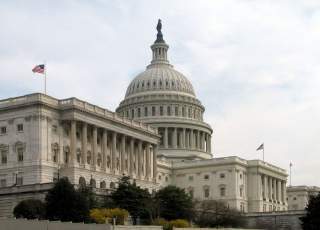 Tuesday night will officially mark the end of President Barack Obama’s remaining legislative agenda, with one possible exception I’ll get to later.

That doesn’t mean the president will stop pushing for a higher minimum wage or a crackdown on carbon emissions, to cite just two examples. It just means there is little chance Congress will act on his requests.

Democrats have managed to make a few formerly safe Republican seats unexpectedly competitive and a number of their endangered incumbents are still basically tied, so a GOP Senate majority is not a sure thing.

But even the best-case scenario for the Democrats is a shrunken and ineffective majority. And if Republicans manage a near-sweep of the hotly contested Senate seats—something that has been the norm for major parties in favorable election cycles like 2006 for the Democrats and 2010 for the Republicans—Harry Reid will be getting a demotion.

As Obama takes solace in his pen and phone, pushing executive power past its constitutional limits in order to remain relevant for the last two years of his presidency, what will Senate Republicans do?

If Mitch McConnell becomes majority leader, an attempt to repeal Obamacare through the same reconciliation process that passed it, thus avoiding a filibuster, is likely. But we don’t expect the president to sign a bill repealing his main domestic achievement.

(I’m assuming, for the record, that McConnell survives his own spirited reelection contest. If Alison Lundergan Grimes does the improbable and upsets him, it’s still conceivable that Republicans take the Senate and someone like John Cornyn becomes majority leader instead.)

Some version of Paul Ryan’s budget plan may finally pass both houses of Congress. There’s also a good chance we’ll see some GOP ideas on tax reform. Dave Camp will be gone from the House Ways and Means chairmanship, but the basic outlines of his tax reform plan will not be forgotten.

Yet Obama is unlikely to sign any of these things, either, though a more modest tax-reform measure that passes with bipartisan support is a possibility.

In one sense, a Republican-controlled Senate would merely take the brinksmanship and gridlock of the past four years to the next level. The Senate will no longer be where House bills go to die, but nothing consequential will get done without bipartisan assent.

The looming 2016 elections, however, give both parties an incentive to avoid politically costly government shutdowns. It’s worth noting that Mitch McConnell was never wild about the Obamacare-related shutdown and he was ultimately the Republican leader who pulled the plug on it.

Both the president and the Republican Congress will take the next two years to frame the top issues of 2016: Obamacare, taxes, environmental regulations, as well as crises abroad. The Republican mantra of “repeal” may finally be joined by the details of “replace.”

That’s because the Obamacare fight, despite the Supreme Court ruling, Obama’s reelection and less than disastrous enrollment numbers, is now essentially a stalemate. The premium-spiking, provider network-narrowing legislation remains unpopular enough there is a constituency for repeal. But it has expanded coverage for enough people that it is no longer politically possible to junk it and replace it with nothing, assuming this option ever was really in play.

A Republican Senate will also see many of its members jockeying for position in the 2016 sweepstakes. Rand Paul, Ted Cruz and Marco Rubio are the most obvious presidential prospects. There are also some dark horses like Rob Portman and Lindsey Graham.

In the run-up to the 1996 Republican primaries, there was a conservatism contest between Bob Dole and Phil Gramm. Expect to see some of that over the next two years, which will influence what comes out of the Senate.

Rand Paul will push for the president’s military adventures to receive congressional authorization. Rubio will also seek to put his imprint on GOP foreign policy. He and Cruz may seek to marginalize Paul on some foreign-policy issues, like any Obama-negotiated nuclear deal with Iran.

Republicans will be more unified on executive oversight, while the Obama administration increasingly turns to executive action as its recourse against a GOP-dominated Congress. There will be an attempt to rein in the Environmental Protection Agency’s regulations of coal plants, as well as a bid to defund any executive action legalizing a large number of illegal immigrants.

Immigration is the one controversial issue Obama may try to advance through Congress—even with a Republican Senate. A comprehensive reform bill could still pass the Senate, and Republicans worried about the Hispanic vote in 2016 may be willing to take it up.

This possibility seems remote, however. There has been a majority in the Senate for comprehensive immigration reform—also known as amnesty—since at least 2006. This has been true whether the chamber was controlled by Democrats or Republicans. The chief obstacle has always been the House.

Any immigration bill containing amnesty could only clear the House in defiance of most Republicans, relying on a majority of Democratic votes. It is unclear that leadership will want to force the issue, especially following an election where former House Majority Leader Eric Cantor lost a primary over more subtle immigration machinations.

The bill’s path in the Senate would also become less certain, as Cruz or some other conservative would likely mount a high-profile effort to block it. At that point, how much political benefit will Republicans get from passing a bill most of their party opposed and only became law because of Obama and House Democrats? If the president further poisons the well with an aggressive executive amnesty, congressional action could become less likely, not more.

A Republican Senate won’t be a major game-changer compared to the past two years of divided government. But it will be an important prelude to the next presidential election.