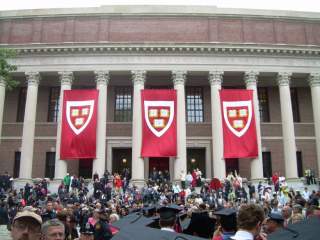 William F. Buckley famously proclaimed that he’d “rather be governed by the first two thousand names in the Boston telephone directory than by the two thousand people on the faculty of Harvard University.” Buckley’s point was that the common man can be wiser, for he can’t stray far from common sense without suffering, while the intellectual is in danger of burying his common sense under abstract theories and well-footnoted daydreams.

But sometimes even the thickest clouds of pure reason can’t mask reality forever. Sometimes the elite cannot insulate themselves from the common man’s reality. They get a rude awakening, and suddenly the common man and his common sense sound a lot more sensible. The two thousand people on the faculty of Harvard, to adapt Buckley’s phrase, suddenly start to talk a lot like the first two thousand names in the Boston phone book.

That is, in fact, exactly what’s happening now. Obamacare, the sort of übertechnocratic administrative megaproject that sets learned hearts aflutter, has come to Harvard—and Harvard profs aren’t happy. The New York Times, the paper of record for Ivy League imbroglios, fills us in:

Members of the Faculty of Arts and Sciences, the heart of the 378-year-old university, voted overwhelmingly in November to oppose changes that would require them and thousands of other Harvard employees to pay more for health care. The university says the increases are in part a result of the Obama administration’s Affordable Care Act, which many Harvard professors championed.

Faculty members charge that new cost-sharing measures are effectively a pay cut, one that “will be timed to come at precisely the moment when you are sick, stressed or facing the challenges of being a new parent.” They question why the richest university in the world—its endowment is bigger than Latvia’s annual economic output—is squeezing cash out of its scholars in a bid to control health costs.

But the Harvard faculty is chockablock with Obamacare’s biggest boosters. The new plan was approved by Harvard’s provost, the economist Alan M. Garber, who had signed on to a 2009 open letter assuring the president that a tax on high-end insurance plans “offers the most promising approach to reducing private-sector health care costs while also giving a much needed raise to the tens of millions of Americans who receive insurance through their employers.” That tax is among those cited by Harvard administrators as an “added cost” driving the changes. (Presumably faculty members will be following up with Dr. Garber about when they’ll get that “much needed raise.”)

(Recommended: The Decline of the Democratic Party Has Arrived)

Another faculty member, one who had advised the Obama campaign in 2008, told the Times that “Harvard is a microcosm of what’s happening in health care in the country,” but seemed surprised by his colleagues’ anger, saying that “Harvard was and remains a very generous employer.” He’s not wrong: many Americans would be grateful to have the new plan, with its $250 annual deductible and $1500 annual cap on out-of-pocket costs for individuals. The Times calls the plan “far more generous than plans sold on public exchanges under the Affordable Care Act,” noting a Harvard claim that it pays about 21 percent more of a typical consumer’s costs than “the most popular plans on the exchanges.”

In other words, Harvard faculty members are getting a better deal than you—and they’re still mad. Maybe Bill Buckley was wrong.