Has Australia Found the Right Answer to Chinese Aggression? 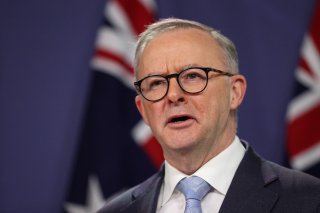 From the time Australia’s relations with China began to deteriorate in late 2016, a pervasive view among many observers on both sides of the Pacific has been that Australia is a global role model for how to push back against a more assertive Beijing. This perspective comes both from Australia’s particular circumstances in its relations with China and from a powerful stream in its foreign policy tradition.

The circumstances derive from a conviction in Canberra that successive conservative governments, in advance of Western allies, made crucial policy decisions relating to the protection of critical national infrastructure and curbing Chinese political interference in Australian domestic politics. The tradition holds that Australia often “punches above its weight” in world affairs—that because of its innate capacity for plain speaking, it can acquire a status on the global stage it might otherwise not normally attain. Chinese assertiveness, according to the orthodoxy in Canberra, has given this middle power in the Pacific a new agency in broader western attempts to combat China’s rise. News reports at one point even suggested that senior Australian diplomats in Europe were crisscrossing the continent briefing their counterparts on the most effective countermeasures to blunt spreading Chinese influence.

Putting the circumstances and the tradition together a view has taken hold in Canberra that it stands at the vanguard of the “new cold war” between Washington and Beijing in Asia. In this narrative, Australia has become an antipodean colossus, an example to others—particularly in the US, Britain and Europe—as to how to respond to China’s increasingly punitive international behavior and bullying wolf warrior rhetoric.

Australia’s status in this regard has been publicly confirmed by policymakers and journalists in both Australia and the United States. Thus, President Trump’s former deputy national security adviser, Matt Pottinger, when speaking on the release of the Trump administration’s Indo-Pacific Strategy, remarked that U.S. officialdom “owed a lot to Australia” since “they were the pioneers in standing up to Chinese coercion.” A year later, veteran Australian journalist Paul Kelly, summarizing the Morrison government’s approach to foreign policy, concluded that “for two years Australia’s pushback against China has assumed global significance.” The Biden administration’s new National Security Strategy itself seemed to lend further credence to this view by saying, “Many of our allies and partners, especially in the Indo-Pacific, stand on the frontlines of the [People’s Republic of China’s] coercion and are rightly determined to seek to ensure their own autonomy, security, and prosperity.”

A more recent account of Australian politics in this era by two News Corp journalists has argued that the former prime minister played the leading role in alerting the West to Beijing’s growing aggression during the Covid pandemic. Referring to the change in China’s international behavior under Xi, they suggest Morrison felt Australia “was perhaps the first country to appreciate it, understand it and take action against it.” Trump’s former national security advisor, John Bolton, in an interview with The Australian during a visit to Australia in August, agreed. The strategic approach of both the former Turnbull and Morrison governments had “helped the United States overcome its ‘blind’ spots in relation to China.” An alternative, though similar take on this comes from the former head of the Australian Strategic Policy Institute, Peter Jennings, who has argued that “for several years now Australia has been the sand in Beijing’s gears, showing the world that appeasement, or ‘nuanced diplomacy’… is not the solution.”

But towards the end of Morrison’s prime ministership, an Australian national security official in Canberra added a touch of doubt to these conclusions. Speaking anonymously to a reporter, the official said, “other countries are going to reach a conclusion—either Australia is offering a successful template for other nations in defying China’s coercion or we become an example of what not to do.”

The change of government in Australia in May this year, as well as a survey of how other regional countries have dealt with China’s rise, offers an opportunity to test this proposition. Labor Prime Minister Anthony Albanese and his national security ministers have not projected Australia to the region or the world as a model in standing up to China. Rather, they have sought consistently to stress a willingness to listen to and engage with Southeast Asian countries on the question of how to manage China’s rise. Indeed, pledges to respect and enhance “ASEAN centrality” has become a new catch cry in Australian regional diplomacy. This has been accompanied by a consistent stress on the “Pacific family” and Australia as their “security partner of choice” in an environment where China has been attempting to increase its regional footprint.

Yet while Australia-China ministerial contact at the level of defense and foreign minister, frozen since 2019, has now cautiously resumed, the broad Australian China policy settings remain the same. Crucially, the economic coercive measures that Beijing applied to key Australian export industries, widely interpreted as a response to Australia going “out in front” in terms of challenging a more assertive Chinese stance in world affairs, remain in place. That continuity has seen one member of the Morrison government’s national security staff, Justin Bassi, now claim that Canberra’s decision to draw a line with Beijing sooner rather than later effectively paved the way for a stabilization of relations under the new Labor government. Here the judgment is that because Australia resumed dialogue with Beijing “without compromising any policy settings,” the Albanese government has “gained the upper hand diplomatically.” For those advisers and commentators most closely linked with the previous government’s policy positions on China, the mood has never been so thick with patriotic self-congratulation. “It’s a matter of record,” said the Australian National University’s Rory Medcalf, that “Canberra has independently shown the way for Washington and others in pushing back against Beijing.”

Yet on coming to office, the Labor government eschewed the more bellicose rhetoric of their predecessors. It announced it would re-energize Australian diplomacy and revitalize the Department of Foreign Affairs and Trade (DFAT), an agency which has largely lost its influence on the making of China policy to Australia’s security and intelligence community. Certain members of the previous government appeared to relish its public prosecution of a “China threat” narrative. Thus, former Defense Minister—now Leader of the Opposition—Peter Dutton warned in a major speech on Australia’s strategic outlook in late 2021 that “every major city in Australia, including Hobart, is within range of China’s missiles.” Earlier that year, the Secretary of Australia’s Department of Home Affairs told staff that he thought he could hear the “drums of war beat.” Those grim warnings were a particularly potent manifestation of the vigor in Australian domestic debate over how to respond to China’s new assertiveness at home and abroad. One former head of Australia’s domestic counter-intelligence agency even made the remarkable claim that the country might well wake up one day in the future to find decisions being made in its national parliament that were not in its national interest.

While that kind of language has disappeared from the official Australian government lexicon, Prime Minister Albanese now faces the same hard strategic realities as his predecessors. Speaking of China, Albanese has said “there’s a long way to go. It will be a problematic relationship.” Asked when visiting Madrid for a NATO Summit in July if China, given its designs on Taiwan, should take heed of the global response to Russia’s invasion of Ukraine, he warned that “attempts to impose change by force on a sovereign country meets resistance.” Presumably, Albanese buys the line that the West must defeat Putin in Ukraine so that it stands as a warning to Xi.

Rather more forthrightly, Defense Minister Richard Marles has called China Australia’s “biggest security anxiety” and ruled out emphatically any concessions to reset the relationship with China. His answer to that very suggestion? “Absolutely not.” And the new Foreign Minister Penny Wong, while calling for “calm, considered and disciplined” language when dealing with Beijing, conceded that “we’ve got a long path to walk and both countries will have to choose to walk it.”

So, the new diplomatic tone that these ministers have struck in Southeast Asia, including calls from the Foreign Minister to “stabilize” the China relationship and the Defense Minister’s endorsement of “reassuring statecraft” as the pathway to regional peace have not changed the fundamental source of tension between Canberra and Beijing. Those tensions were reinforced when Canberra, having joined with Washington and Tokyo to condemn Beijing’s live firing exercises around Taiwan following the visit by House Speaker Nancy Pelosi in August, was subjected to another blast of official Chinese rhetorical fury. Indeed, Pelosi’s visit complicated both sides’ early efforts at “stabilization.”

The projection of Australia as global model for standing up to China is more an accident of circumstance than calculated policy design. It emerged largely via Canberra’s early moves in combating political interference in Australian domestic politics. This had its most explosive demonstration in 2017 when a Labor Senator was shown to have expressed views on Beijing’s power grab in the South China Sea—namely that this was a matter for China to determine—fundamentally at odds with the policy of both of his own party and the Turnbull government.