Has Russia’s War in Ukraine Killed the CSTO? 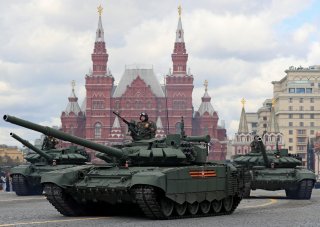 Vladimir Putin believes that Russia’s great power status hinges on its ability to act as a regional hegemon over the post-Soviet states of Eurasia. Russia’s main strength in the region is as a security guarantor. The Collective Security Treaty Organization (CSTO) underpins this role and allows Moscow to maintain its regional influence by providing its members with assurances against various threats. Moreover, Moscow aspires for the alliance to act as a Russian-led equivalent of NATO.

However, the six-member alliance consisting of Armenia, Belarus, Kazakhstan, Kyrgyzstan, Tajikistan, and Russia is beset with problems that threaten to render it completely ineffective. Whereas the Russian invasion of Ukraine solidified NATO cohesion, it has had quite the opposite effect on the CSTO, whose members have mostly withheld from supporting Russia in any meaningful way.

Other issues abound. Armenia’s latest deadly confrontation with Azerbaijan produced a tepid response from CSTO members who are unwilling to offer military support to an ally under attack. Concurrently, two other CSTO members, Tajikistan and Kyrgyzstan, regard each other as adversaries and have wrestled violently over the ill-defined border between them.

Moscow’s geostrategic preference would be for the former-Soviet states on its periphery to acknowledge Russia as the regional hegemon. However, except for Belarus, CSTO members have failed to act as compliant buffer states, as evidenced by their lack of support for Russia over Ukraine.

During a summit in May, Belarusian president Alexander Lukashenko, a close ally of Putin, called upon the alliance to present a “unified front” to act as an Eastern counterweight to NATO. This sentiment undoubtedly reflects Putin’s desire for his own “Eurasia NATO,” or a modest revival of a Warsaw Pact-type alliance. But its members have been able to keep Moscow at arms-length on the Ukraine issue, despite varying degrees of dependency on Russian security provisions and economic ties.

Not a single member of the CSTO has recognized the breakaway states of the Luhansk and Donetsk People’s Republics which were annexed by Russia. Kazakhstan’s foreign minister said, “there is no question of recognizing the Donetsk and Luhansk People's Republics by Kazakhstan”. The other members have similarly refrained from recognition. Even Belarus did not formally recognize Luhansk and Donetsk but instead issued a statement supporting Russia’s decision.

Beyond wanting to avoid an onslaught of Western sanctions, CSTO members are largely withholding support for Russia’s invasion because of risks to their own sovereignty. Like Ukraine, each member of the CSTO is a former-Soviet state. Moscow’s complete disregard for Kyiv’s autonomy does not reassure them that Putin will also not try to diminish their own. Vocalizing support for Moscow’s military operations would therefore contradict their security interests.

Putin and Lukashenko might be interested in orienting the alliance to counterbalance NATO but the CSTO’s other member states are not keen on antagonizing the West. Armenia, Kazakhstan, Kyrgyzstan, and Tajikistan do not share Russia’s geostrategic interests vis a vis Eastern Europe and thus stand to gain little by supporting Russia’s war effort.

On 13 September, border clashes broke out between Armenia and Azerbaijan despite the presence of two Russian military bases in Armenia and a Russian peacekeeping force that has patrolled the disputed Nagorno-Karabakh region since the end of the war in 2020. Whereas previous rounds of fighting were largely confined to Nagorno-Karabakh, this time, positions in the vicinity of the cities of Vardenis, Goris, Sotk, and Jermuk in Armenia proper, came under attack. Baku was likely emboldened by Moscow’s preoccupation with the war in Ukraine, which has absorbed Russian resources and attention, making it more difficult for Moscow to quickly respond elsewhere.

On September 14, Armenian prime minister Nikol Pashinyan invoked Article IV of the CSTO’s charter, seeking “military aid for restoring the territorial integrity of the country.” The CSTO’s Article IV is analogous to NATO’s Article V collective defense provision, wherein if one member state is attacked, all member states are obligated to respond. Yet Armenia’s invocation of Article IV failed to produce a military response. Anatoly Sidorov, the current Chief of the Joint Staff of the CSTO, publicly ruled out military intervention despite Armenia’s calls for armed assistance.

Historically, Armenia has depended on Russian assistance during conflicts with Azerbaijan but Moscow has tended to provide this bilaterally, rather than via a multilateral platform such as the CSTO. For instance, it was Russia that brokered a ceasefire in 2020 and provided a peacekeeping force, not the CSTO.

The CSTO’s inaction has prompted Armenians to question the alliance. On September 18, protesters gathered in Yerevan to demand that their country leave the CSTO. Armenia’s political elite seem intent on staying but are also frustrated by the organization’s inaction. Speaking in May at the CSTO summit, Pashinyan said of the alliance’s earlier unresponsiveness, “Unfortunately we cannot say that the organization reacted in a way that the Republic of Armenia expected”. He added that “Frankly, the response of the CSTO member states during the 44-day war in 2020 and after that didn’t make Armenia and the Armenian people very happy”.

Meanwhile, in Central Asia last month, clashes occurred across the un-demarcated border between nominal CSTO allies Kyrgyzstan and Tajikistan. Both sides reportedly exchanged small arms and artillery fire. An airport in the Kyrgyz city of Batken was hit by artillery and Tajik forces appear to have occupied the village of Dostuk. In total, it is believed that over 100 people have been killed.

This is not the first time Kyrgyzstan and Tajikistan have grappled over the border, nor is it the first time that the CSTO has passively watched as two of its members have tumbled into an armed squabble. In April 2021, Kyrgyz and Tajik forces clashed while the alliance was holding a summit in Dushanbe, the Tajik capital. The CSTO’s response was essentially to pretend that the incident even occurred. Following the latest outbreak of fighting, Kyrgyzstan and Tajikistan signed a peace deal in mid-September. However, the border demarcation issue remains unresolved and mutual suspicion persists. The enmity between two of its six member states significantly undermines the cohesion of the CSTO and may limit its ability to react to events in a unified manner.

One of the few instances in which the CSTO acted decisively was to deploy troops in response to domestic unrest in Kazakhstan in early January. Kazakh president Kassym-Jomart Tokayev requested assistance from the CSTO to confront protestors and rioters whom he called “bandits and terrorists.”

Citing Article IV, the CSTO agreed to send a contingent of approximately 2,500 troops that were authorized to protect vital strategic sites like airports. It is not clear to what extent CSTO forces interacted with protestors but the mission was successful and Tokayev’s rule was preserved. CSTO forces were able to begin their withdrawal a week later.

In the aftermath of the operation, Putin claimed that the CSTO had successfully prevented the destabilization of Kazakhstan by a foreign-backed terrorist uprising. Despite its usual unresponsiveness, the CSTO does seem to function adequately as a sort of multilateral coup-proofing mechanism that Moscow can wield to prevent the toppling of friendly foreign governments.

Nevertheless, overall the CSTO suffers from the lack of a clear purpose. Its main fault is that the strategic interests of its members diverge too far for them to act in a unified manner. The failure of an alliance to come to the defense of one of its member states—in this case Armenia—is the most glaring sign of the organization’s ineptitude. Frictions between member states which have resulted in armed confrontation and could lead to war are only likely to exacerbate the CSTO’s strategic paralysis. As a means of Russian power projection, the alliance also falls short. Putin, with some support from Lukashenko, has been unable to rouse any significant diplomatic support for his war in Ukraine.

Despite these deepening issues the alliance is not likely to unravel. Russia’s position as a security guarantor is still highly valued by the CSTO’s other member states even if a poor military performance in Ukraine is undermining its reputation. The CSTO’s intervention in Kazakhstan demonstrated a latent potential to crush domestic opposition that the alliance’s more authoritarian-minded leaders will value. There is a likelihood, however, that the CSTO will remain too divided to fulfill interests that lie outside of its member states’ borders. Much to Moscow’s disappointment, the prospects of the CSTO acting as a counterweight to NATO are incredibly small.

Alexander E. Gale is an analyst specializing in security and international relations. In 2020, he co-founded SDAFA, an online strategy and defense journal. A graduate of the University of Exeter, he holds a Master of Arts in Applied Security and strategy.