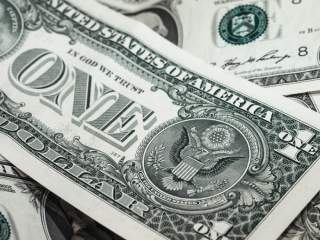 Ever so quietly, the U.S. government has discovered an excellent new funding source for its projects—the U.S. Federal Reserve.

A new transportation bill, the “Fixing America’s Surface Transportation Act,” passed in late 2015, draws against the surplus account at the Federal Reserve to fund road and highway construction and repairs. On the surface, this might appear to be an innocuous, even laudable, use of the Fed’s surplus, which has swelled as a (positive) side effect of quantitative easing.

In fact, there are a couple of reasons Congress’s incursion to the Fed’s balance sheet is, at the very least, disconcerting. First, it may set a precedent for future forays into what could arguably be considered the Fed’s own capital cushion. And second, it begins to erode the barrier between fiscal and monetary policy, a barrier that is critical to the proper execution of monetary policy.

Already, the Fed remits its operating surplus to the U.S. Treasury, and, due to the Fed’s expansion of its balance sheet, this has become a consequential sum, far more than the Fed has remitted in the past.

Oddly though, it was not this revenue stream that Congress decided to divert. Instead, the decision was made to draw from a sort of rainy day fund—the account also used to pay dividends to Federal Reserve shareholders (member banks). Banks joining the Fed system are required to pay into the system, and they receive dividends from the surplus account on their ownership stakes in the Federal Reserve. Typically, this figure was fixed at 6 percent, but for larger banks, this figure is now pegged per Congressional decree to no more than the yield of the U.S. ten-year Treasury note. It is this surplus account that Congress used to fund its transportation bill.

When monetary policy directly finances fiscal policy, it is what is commonly known as “helicopter money.” Granted the amount—around $26 billion—is fairly inconsequential this time. But for a Congress searching for money to spend, the Fed’s easy money may be too tempting.

Congress may believe it has found in the golden goose that gives them money with little to no consequence. And if they stop now, this may well be case. The Fed is generating significant returns from its holdings of securities, and it has been a boon to the U.S. Treasury. But this may not last forever. And, wittingly or unwittingly, Congress has begun to spend funds that could be critical to reducing the Fed’s balance sheet in the future.

The Federal Open Market Committee—the Fed body that determines monetary policy—has stated it will begin to allow the balance sheet, currently expanded to $4.4 trillion dollars after quantitative easing, to shrink only after policy normalization is “well underway.”

But the Fed’s ability to shrink the balance sheet is reduced by the uncertainty of the size or sanctity of its capital cushion. As the Fed begins to step away from purchasing assets to maintain its balance sheet, interest rates will likely rise. As interest rates rise, bond prices fall and the Fed may incur losses. At this point the Fed might expect to dip into its surplus. But after the Congressional appropriation, the surplus will be quite thin.

The Fed, being the Fed, could simply print money to cover the losses, but this would problematic for its credibility and further weaken its ability to execute monetary policy.

Without knowing the losses it can absorb, the Fed faces an untenable trade-off between the execution of monetary policy, and potentially sparking disbelief its own viability.

The end result? The Fed is stuck with its expanded balance sheet, Congress gets its helicopter money, and the U.S. Treasury will likely continue to receive outsized remittances. But all of this comes at the cost of the Fed’s independence being slowly chipped away.