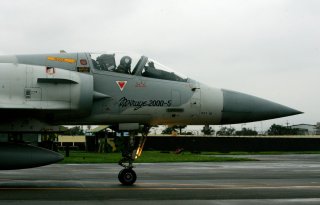 Russia’s invasion of Ukraine has not only undermined European security but has led to far-flung speculation in Asia as to China’s hegemonic ambitions. Among the Asian people most threatened by China are the Taiwanese, whose archipelagic nation has been coveted by Beijing since the establishment of the People’s Republic of China (PRC) in 1949.

How Worried are the Taiwanese?

While Taiwanese have lived decades under the threat of invasion by their northern neighbor, in recent years the seriousness of the threat has grown. China’s People’s Liberation Army (PLA) has quickly developed the capabilities required to challenge Taiwan and is blatantly displaying its newfound military strength and diplomatic swagger to other littoral states of the South China Sea. With the ongoing invasion of Ukraine, the close friendship between Chairman Xi Jinping and Russia’s leader Vladimir Putin has many Taiwanese wondering if Taiwan is next.

Of those Taiwanese who responded to a recent poll by the Taiwanese Public Opinion Foundation (TPOF), 38.6 percent now believe events in Ukraine have made the risk of an invasion of Taiwan likely, with 31 percent deeming it “somewhat likely” and 7.6 percent “very likely.” When the same question was asked by TPOF in February (one week before Moscow announced it was sending troops to two areas of eastern Ukraine), 26.6 percent viewed the risk as “likely.” TPOF attributes the 12 percent rise in perceived risk to the decision by U.S. president Joe Biden not to send U.S. troops into Ukraine, which is not a member of the North Atlantic Treaty Organization.

Will the United States Defend Taiwan?

Despite recent words of strong support from Biden and a large number of pro-Taiwan bills introduced by members of the U.S. Congress (including the Taiwan Invasion Prevention Act), most Taiwanese seem to have lost confidence in Washington’s willingness to send troops to Taiwan. Whereas some 65 percent of Taiwanese polled in October believed U.S. troops would be sent to protect Taiwan, now only 36.3 percent believe so.

Similar to Ukraine, Taiwan has no allies legally bound to come to its defense. U.S. President Jimmy Carter’s decision to recognize the PRC as the sole legal government of China in 1979 not only meant the subsequent withdrawal of diplomatic recognition from Taiwan (Republic of China [ROC]), but also the termination of the 1954 Sino-American Mutual Defense Treaty.

Following Carter’s decision, the U.S. Congress did pass the Taiwan Relations Act of 1979, requiring the U.S. to “maintain the capacity of the United States to resist any resort to force or other forms of coercion that would jeopardize the security, or the social or economic system, of the people on Taiwan.” Since the Act omits any obligation to use that capacity, Washington is facing growing pressure to offer a formal security guarantee to Taiwan in the wake of mounting Chinese aggression and fears Beijing may be tempted to follow in Moscow’s footsteps.

A Wake-Up Call for Taipei and Washington?

For Taipei, the belief that the United States would come to the rescue has acted as a disincentive to sufficiently maintain its own capable defense, and Washington has long clamored for Taipei to increase its defense spending from a mere 2 percent of GDP—far lower than the 5.6 percent of GDP Israel spends on its defense.

Despite Taipei’s relatively low expenditure on defense, over the years it has managed to pursue an anti-access/area denial (A2/AD) “porcupine strategy” by augmenting its air defense missile density - second only to Israel. There is still plenty of room for improvement, and Taipei can gain valuable lessons from the invasion of Ukraine, namely the effectiveness and affordability of drones and mobile anti-surface and anti-air missiles (Javelins and Stingers) to hold off and even drive back invading forces. Taipei also now realizes a more urgent need for stockpiling of weapons, reform of reserve mobilization, and better training of military reserve forces. Taiwan’s civil defense awareness is also being raised through such efforts as those of the Forward Alliance, which teaches first aid and prepares the public to assist armed forces in event of an attack by China.

A Turning Point for Taiwan?

Chairman Xi Jinping and his Propaganda Department may congratulate themselves on the loss of confidence among Taiwanese over a rescue by U.S. troops, but Washington, despite a majority of Americans supporting the deployment of U.S. troops to Taiwan, may well prefer to assist Taiwan in other ways similar to Ukraine, such as intelligence sharing and the provision of mobile asymmetric weaponry.

The crisis of confidence among Taiwanese can also prove to be an opportunity for Taiwan to learn from Ukraine what is needed to better prepare for an invasion. The determination of Ukraine’s people to hold off Russian forces is the inspiring “David vs. Goliath” tale that many wish to support, and Taipei would do well to replicate their exemplary model.

Gary Sands is a Senior Analyst at Wikistrat and a former U.S. diplomat with the Overseas Private Investment Corporation.