Has the U.S. Presidency Gone Rogue? 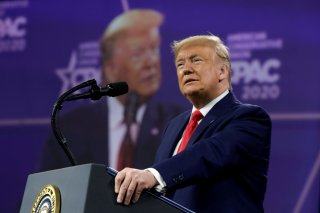 During World War I, the Great Depression, World War II, the Cold War, and the War on Terror, presidential power grew immensely from being the first-among-equals branch of government, the imperial presidency, into what now can be called a “rogue” presidency that threatens constitutional government in the United States. The presidency of Donald Trump merely highlighted the dangers of an already existing extra-constitutional presidency in which the chief executive regularly stretches the Constitution, the laws, and traditional norms of the office.

Because the framers of the U.S. Constitution instead intended—and succeeded in achieving for more than the first hundred years of American history—that the people’s houses of government, Congress, be the first-among-equal government branch, they made the document fairly unique in the world by giving no emergency powers to the president. None.

In fact, the framers were so concerned about government abuse of both executive and emergency powers that they gave only Congress any of the limited added powers during national crises, but even those were severely restricted. The Constitution gave Congress, not the executive, 1) the power to suspend (not terminate) Habeas Corpus (the power of individuals to challenge the government over their detention) only in times of rebellion or invasion; and 2) the power to provide for calling out the militia to execute federal laws, suppress an insurrection, or repel an invasion.

However, over time, as power has shifted from Congress to the president, even though the Constitution does not mention the ability of the central government to create abnormal general “national states of emergency,” the Congress unconstitutionally created the power for the president to act unilaterally when such dubious “emergencies” arise. Despite its absence in the founding document, the United States currently has forty different states of emergency in effect, according to Liza Goitein, a premiere researcher on governmental emergency powers. She notes that 120 laws can be invoked by the president in such instances, even though they may not relate to the particular crisis at hand. Despite Congress’s post-Watergate effort in 1976 to rein in such emergency powers, most of the president’s delegated statutory authorities were left intact, such as the ability to seize property; assign production to factories; send military forces abroad; and restrict transportation, communication, and travel.

Yet, believe it or not, such excessive and likely unconstitutional power delegated statutorily by the Congress to the president may not be the biggest problem. Although the considerable potential for presidential abuse is there, chief executives have been restrained in using such powers. According to Goitein, presidents in practice have been somewhat restrained in using the 120 emergency laws; 70 percent of them have not been employed. However, Donald Trump’s declaration of a national emergency on the U.S. border to grab lawfully appropriated military construction funds for a dubious border wall set a new, unusually bad precedent. It was the first national emergency declared for other than foreign attacks or invasions, a hurricane, health epidemics, or imposing international economic sanctions. Trump, as usual, said the quiet part out loud: he admitted using it to get around Congress’s failure to fund his border wall. As a result, there now appears to be laudable bipartisan support for a new law that might effectively curb presidential emergency powers: executive declarations of national emergency would terminate automatically in thirty days unless Congress took positive action to renew them.

However, there is an even larger problem than executive abuse of national emergency declarations, or laws under their umbrella, for inappropriate objectives. That is the abuse of alleged implied or inherent executive power under the Constitution’s general Article II or under the president’s role as commander in chief of the armed forces under that same article. Ever since Alexander Hamilton argued during George Washington’s administration that Article II has implied inherent powers for the executive that the framers did not enumerate in the text of the document, presidents and their minions have done the same. Given their recent dealings with the king of England, the framers’ nervousness about government power in general, and especially a powerful executive, clearly came through in the document’s plethora of enumerated powers for Congress and a paucity of the same for the executive. Modern-day proponents of executive power seem to read added king-like executive powers into the Constitution simply because they believe a modern, powerful president should have a right to them; but the framers intended to do something different and said so. Also, the framers—even Hamilton—clearly intended the commander-in-chief power to be narrowly restricted to commanding military forces on land and sea during a war, not torturing prisoners or violating the Constitution’s Fourth Amendment by illegally wiretapping American citizens, as was most recently initiated during the George W. Bush administration.

Taken to a scary extreme, the abuse of Article II powers has involved planned severe violations of the Constitution in times of national crisis by unilateral advanced creation of Presidential Action Documents (PEADS), which are very highly classified executive orders or directives that are alleged to be used to invoke martial law, presidentially suspend Habeas Corpus, arrest subversives, and seize property—all without prior congressional approval. Congress should investigate these purported unconstitutional plans and nix them, as part of a post-Trump push back on a presidency gone rogue.

Ivan Eland is a Senior Fellow at the Independent Institute and author of the book, War and the Rogue Presidency: Restoring the Republic After Congressional Failure.