Having Some 'FON': Breaking Down America's South China Sea Patrols 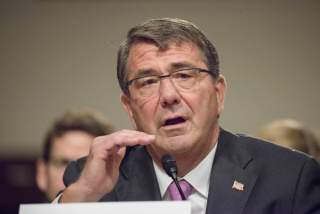 After months of speculation and signaling, the United States Navy conducted Freedom of Navigation Operations (FONOPS) earlier this week, to dispute China’s claimed rights of “artificial islands” in the South China Sea at Chinese-occupied Subi and Mischief Reef by sending the USS Lassen, accompanied by a P-8A, within 12 nm of the reefs. Several colleagues have written about the context, legal aspects, recent history and response to the FONOPS. All these pieces of analysis are worth reading but often miss an element or two required to fully understand the importance of this operation.

First, it bears emphasizing that the necessity of this particular operation was twofold: to uphold commonsense interpretations of the UN Convention on the Law of the Sea (UNCLOS), and to reassure America’s allies and partners in the region of America’s commitment to doing so even-handedly, regardless of China’s growing military power. What many pieces of analysis gloss over is that even though UNCLOS is pretty clear that the reclamation doesn’t turn reefs into islands or give them the rights of islands, interpretations of international law, if contested, must be backed up by words and actions. Otherwise, the countervailing view gains acceptance as customary international law.

The sustained and publicized way in which China pressed its case actually made it more likely that the United States would conduct FONOPS to protest these claims. U.S. Freedom of Navigation “activities”—which range from diplomatic protests to physical demonstrations—are in fact used to protest claimed excessive maritime rights around the world, from Ecuador to India. What China’s public prodding did was make it all the more necessary to protest through actions rather than words, as a means to signal U.S. resolve in the face of Chinese pressure to accept a subversion of international law and norms.

The reported several years’ pause in conducting these types of freedom of navigation operations (FONOPS) in the South China Sea may have been to try and convince the Chinese to stand down from their position without losing too much face. Not being privy to the internal U.S. administration deliberations, I’m not sure if there was a good reason why it took so long to change course and resume FONOPS. Reasonable people suggest it was a matter of timing that had to do with President Xi’s visit.

But the delay created the risk that the resumption of regular action in the South China Sea, and the initiation of FONOPS within artificial islands’ claimed territorial seas, would create a major incident. This is why, shortly before the FONOPS occurred, it appeared that the United States tried to prevent surprise from contributing to the risk of an incident—by not only warning of the pending FONOPS, but very specifically identifying which ship would conduct it and where.

While necessary for the reasons stated above, these FONOPS are unlikely to change the situation unless the Chinese overreact, something I don’t expect to happen. This doesn’t mean China will do nothing, however, and their response may consist of one or more approaches. Chinese officials have long hinted, even before the FONOPS occurred, that they would use the FONOPS as justification for pre-planned actions, such as potentially declaring an Air Defense Identification Zone over the South China Sea or for the “militarization” of the reclaimed islands.

Another possible action is mirroring the supposed provocation of the American FONOPS by attempting to undertake what the Chinese would view as an equal provocation of the United States. Conducting something such as additional transits near Alaska—which has already been raised by Chinese media—is likely, no matter how odd the argument: “You’re doing something illegal, but because you’re doing it we’re going to do it too. And you can’t complain because you said it’s legal.” Direct responses to further FONOPS will likely include shadowing of U.S. naval vessels by Chinese naval vessels, as has already occurred with the Lassen, and could further include electronic or physical interference, as indicated by Chinese media. Both of these routes are much more dangerous and would likely escalate an incident.

Lastly, U.S. officials indicate that additional FONOPS will be conducted to protest Vietnamese and Philippines excessive claims in the coming weeks. As mentioned before, these are not new protests, although protesting them via FONOPS may not have occurred in several years. What the widespread operations do is help undermine Chinese claims that the U.S. is picking on China or taking sides in a territorial dispute.

Ultimately, the FONOPS come down to whether or not countries are able to distort globally agreed-upon rules of international law for their own benefit without consequence. Demonstrating by deed that such abuses will not be tolerated is of benefit to all nations. In the coming months, the United States will look to others, Australia and Japan in particular, to not only recognize the great advantages they accrue from the system of rational international law but to defend their vested interest through deeds as well as words.

Scott Cheney-Peters is a surface warfare officer in the U.S. Navy Reserve and founder and Chairman of the Center for International Maritime Security (CIMSEC). He is a graduate of Georgetown University and the U.S. Naval War College, a member of the Truman National Security Project, and a CNAS Next-Generation National Security Fellow.

This article appeared in its original, shortened form at the Center for International Maritime Security (CIMSEC).