Hell on Earth: Afghanistan Is Suffering Under the Taliban 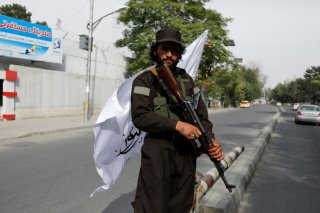 On July 20, 2022, the United Nations Assistance Mission in Afghanistan (UNAMA) released a report on “Human Rights in Afghanistan: 16 August 2021 – 15 June 2022.” The ten-month report covers a wide range of ongoing human rights violations in the country since August 2021 when the Taliban, covertly supported by the Pakistani military, overthrew Afghanistan’s developing democracy and elected president. Although Afghans feel slightly relieved by the report’s coverage of human rights violations, they are disappointed by the report’s lack of clarity on the Taliban’s direct involvement in committing those violations. In effect, the report fails to provide accurate qualitative and quantitative analyses of how the Pakistan-backed Taliban have brought about and are perpetuating the worsening human rights and humanitarian situation across Afghanistan.

The failure by UNAMA to cite in its latest report the UN’s own recent analysis about the mutually reinforcing ties between the Taliban and Al Qaeda since the former took over the Islamic Republic of Afghanistan in August 2021 stems from UNAMA’s deliberate prioritization of “a strategy of continued engagement” with the Taliban. The excuse of facilitating “humanitarian access” through “engagement” may be offered as a reason. But it is the Taliban, led by some of the most notorious UN-sanctioned terrorists, who exploit the provision of “humanitarian access” as an effective and easy way to engage with the international community. They do so not only for gaining legitimacy and international recognition but they also need international aid resources to supplement their operational budget, which, among others, is supported by Pakistan’s military.

Hence, it is clear that UNAMA’s deliberate “engagement” strategy abuses “humanitarian access” as an excuse to help legitimize an illegitimate militant group with the blood of thousands of Afghans and Americans on its hands. The Taliban have taken responsibility for countless terrorist attacks on innocent civilians across Afghanistan over the past twenty years. In just one truck bombing attack in Kabul on May 31, 2017, the Haqqani Network, whose leader now serves as the Taliban group’s minister of interior, killed and wounded close to 500 innocent civilians. They too take pride in their close ideological and operational ties with the Al Qaeda terrorist network, whose leader the Taliban had been sheltering in the 1990s and early 2000s when Al Qaeda masterminded and carried out the 9/11 attacks from Afghan soil.

In this regard, five days before the release of UNAMA’s politicized report, the UN Analytical Support and Sanctions Monitoring Team released its thirtieth report on July 15, 2022, warning the UN Security Council that the Taliban and Al Qaeda “remain close,” with the latter both advising the Taliban leadership and having expanded operationally across Afghanistan, “enjoying greater freedom under Taliban rule.” The report goes on to provide the following chilling details on the expansion of Al Qaeda across Afghanistan, whose impact on human rights UNAMA’s report completely ignores:

Al-Qaida members reportedly remain in the south and east of Afghanistan, where the group has a historical presence. Some Member States noted a possible shift of core members further to the west to the Farah and Herat Provinces. One Member State reported that Al-Qaida intended to establish a position in northern Afghanistan, mobilize new fighters and generate increased resources.

This multidirectional reestablishment of Al Qaeda’s presence across Afghanistan couldn’t have been achieved without the direct operational support of the Taliban. By extension, this exposes the existence of operational links between the state sponsor of the Taliban and Al Qaeda, whose first leader and founder, Osama bin Laden, had been sheltered in Abbottabad, Pakistan, before the U.S. SEAL Team Six killed him in the military city in May 2011.

Moreover, UNAMA’s report doesn’t mention the Taliban by name at all. It uses the term “de facto government” in reference to the Taliban, who commit daily human rights violations and announce them in advance through well-publicized decrees. Last March, for instance, the Taliban extended the ban on secondary education for Afghan girls, effectively ending any hope for sustainable peace and development in Afghanistan. And last May, the group built on this violation of basic human rights to deprive Afghan girls and women of freedom of movement. Women and girls have to stay home and if they were to venture out, they must be fully covered in a burka and chaperoned by a male guardian like a piece of property.

Yet, in its report, UNAMA politely requests the “de facto government” to prevent such human rights violations in Afghanistan. This is like watching an executioner execute and yet asking him to prevent the execution from happening at the same time! And, worse, the report deliberately mimics a writing style that one often comes across in country reports discussing the human rights situation in other Middle Eastern countries. It reads as if Afghanistan, under the medieval Taliban, was the United Arab Emirates (UAE), a progressive Gulf state, whose achievements over the last few decades many envy and emulate.

Indeed, equating “the de facto government” in Afghanistan with functioning and thriving states is wrong. It is now common knowledge that the Taliban’s Afghanistan is the only country where women and girls have been banned from education and work. From the UAE and Iran to Saudi Arabia and Qatar, women have increasingly participated in those countries’ societies, polities, and economies. This is a must for any rational and responsible state, since none of the sustainable development goals—to which the whole world has firmly committed—can be accomplished without women’s inclusion.

Nor does UNAMA’s report do justice to the number of Afghan deaths since August 2021, which has increased manifold in comparison to the years before the fall of the Islamic Republic. The “2106 civilian casualties (700 killed, 1406)” is inaccurate in light of the ongoing war crimes, extrajudicial killings, and enforced disappearances, which the Taliban have committed and hidden from any coverage by free media since August 2021. And neither have they allowed any meaningful investigation of the ongoing summary executions by their forces of innocent civilians in all areas of resistance in Afghanistan, particularly in Panjshir, Parwan, Baghlan, Takhar, Kandahar, Nangarhar, Samangan, and Sar-e-Pol provinces.

Even though the UN special rapporteur on the situation of human rights in Afghanistan paid a visit to the country last May and reported his concerns about the Taliban’s war crimes in the above provinces, UNAMA apparently advised him to avoid visiting any of the said provinces, knowing that the rapporteur would return with hard evidence of war crimes, based on which some of the Taliban leaders could easily be prosecuted by the International Criminal Court. Unfortunately, these same UN-sanctioned terrorists recently received a waiver on their UN travel ban, which they exploit to freely roam around in the region to buy legitimacy and raise funding for the global expansion of what they term as their “victorious jihad against NATO.”

Furthermore, the inaccurate report of 700 civilian deaths completely ignores the thousands of civilian deaths that now directly result from the Taliban’s misogynistic policies that specifically target women. That is why since August 2021, Afghanistan’s major twenty-year gains in the health sector—especially with regard to the infant, child, and maternal mortality rates—have been overturned. For example, after foreign donors were able to reduce Afghanistan’s maternal mortality rate from more than 1,600 Afghan mothers (2001) to 640 (2018) per 100,000 live births, this progress has largely been reversed in less than a year. This is all due to the Taliban’s systematic destruction and looting of many of the Afghan government’s service-delivery institutions at the provincial, district, and village levels, as well as their dismantling of such key state structures as the Ministry of Women’s Affairs and the Independent Human Rights Commission since the fall of Kabul.

And add to this the economic collapse, which the Taliban’s illegal takeover of the Islamic Republic has brought about: The Afghan economy has contracted an estimated 30–40 percent since August 2021 with a direct impact on mortality rates across Afghanistan’s impoverished society, where poverty rates reached 97 percent of Afghanistan’s 24.4 million population. Given its lack of international recognition and its complete negligence of suffering Afghans and their basic survival needs, the Taliban have caused more deaths since August 2021 than they used to on an annual basis between 2001-2021. This is an area of research for critical analysis, which UNAMA has consistently failed to touch and won’t do so given the political nature of the mission.

What is more, UNAMA’s report misleadingly blames the “majority” of the “2106 civilian casualties (700 killed, 1406)” on the Islamic State – Khorasan Province (ISKP) without pointing out the fact that inorganic ISKP could hardly emerge and operate in Afghanistan without the enabling ideological and operational ecosystem that the “de facto government” has provided not just for Al Qaeda and ISKP but also for a large number of other major global and regional terrorist networks. This includes the growing presence in Afghanistan of the East Turkistan Islamic Movement (ETIM), which targets China, and the Islamic Movement of Uzbekistan, which targets all of Central Asia and Russia—let alone those that target India and Iran.