Here Comes the Next Great Recession? The Dual-Stimuli Dilemma 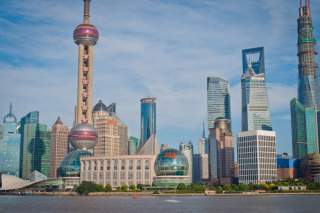 Editor’s Note: The below is part two of a two part series. Read part one here.

For years now, China’s global infrastructure stimulus (a seemingly permanent phenomenon) drove countless emerging economies. Infrastructure constructed to support infrastructure. And commodity producers had another tailwind to bolster the China boom—Fed policy. For the past decade commodity producers have benefitted from a weak U.S. Dollar as the Fed first held interest rates low for a longer than expected time frame, and then experimented with unconventional tactics. Since most of the commodity trade is settled in the U.S. dollar, a weak dollar commands a lower price for a commodity in non-Dollar terms—if the Euro rises against the dollar and oil stays flat, oil has become cheaper in terms of Euros. This stimulates demand for a commodity, in turn pushing the price higher. For the last decade, then, the U.S. has been stimulating demand for commodities worldwide in an attempt to spur on its own domestic growth.

In other words, China’s infrastructure boom supported volume while Quantitative Easing put a floor under the demand and increased prices by pressuring the U.S. Dollar lower. Commodity producers had the best of both worlds—China and the U.S. working simultaneously to hold the commodity bubble together—but may soon be seeing the worst of all possible worlds.

Australia is a case study in overshooting the China story with at least one commodity—coal. In recent years, Australia built coal mine after coal mine to deliver to China’s steel industry and electric utilities. The bet—at least for a few years—paid off, but then came the oversupply and declining prices. There have already been shutdowns of mines, and any signs of weakness in China would portend more. This is particularly distressing for Australia, with coal being its second largest export behind iron ore. China has become the destination for over 35 percent of Australia’s exports, and, since the turn of the century, constitutes more than half the growth in exports.

Different countries have differing levels of exposures to a slowdown in Chinese infrastructure investment. The type of commodity countries sell to China is also important. For instance, there is a difference between commodities used for consumption and those used for infrastructure—a commodity used for consumption would be less impacted by an investment slowdown than infrastructure. The end use of coal is much different from the end use of iron ore or copper, and demand for all three has been pushed higher and higher by China. Global iron-ore demand is dominated by China with Beijing constituting more than half the demand. But after rising consistently, iron-ore prices are now falling to post-recession lows. This is not only a product of Chinese demand, but also an incredible amount of supply brought on to support the demand creating a surplus. The story of copper is similar—except that copper demand would have been negative without the marginal demand from China over the past decade.

In a paper exploring the effects of a hard landing on commodity exporters, Gauvin and Rebillard assume—quite reasonably—that China GDP falls to 3 percent growth per year and investment in infrastructure flat lines. The results are worrisome. Australia, by their calculation would suffer a cumulative loss of 3.5 percent of GDP over five years in a soft landing—nearly 6 percent in a hard landing. The emerging world is worse—probably due to its nearly singular exposure to Chinese growth. In a hard landing scenario, the authors estimate the RIBS would be some of the most challenged, at least from the first effects of a slowdown. The BRICS would no longer hold their elevated status as the harbingers of a new economy. Instead, a pandemic of Dutch Disease would break out. The story of emerging markets changes from outstanding growth to containing the carnage.

But there is more to the story. Australia and Canada, both of which have strong ties to China’s infrastructure, have had two of the best housing markets in the developed world. Canada appeared to entirely avoid the financial crisis, and Australia’s housing prices continued their steady march higher. Much of their successes should be attributed to their economies relying so heavily on commodities and the Chinese infrastructure stimulus. Not to mention the incremental benefit of creating jobs in constructing the facilities necessary to meet the projected increase in demand. It now seems unlikely all of the anticipated demand will ever materialize. And neither economy reset their financial system during the Great Recession as the U.S. was forced to do. This leaves the commodity countries—not simply Canada and Australia—vulnerable not only to a decline in the volume of commodities exports, but to generally lower prices. Lower prices lead to right sizing of supply, the shuttering of high cost mines, the loss of employment, and lower employment leads to lower consumption and so on.

Australia and Canada (read here also Chile, Peru, Brazil, New Zealand, and South Africa) have benefited from employment and economic activity that only makes economic sense at elevated commodity prices. Mining companies tend to have high debt loads to finance the construction. If China scales back its commodity appetite, some of this debt begins to sour—Chinese mining and steel company Sinosteel appears to be on this path. For Canada and Australia, a rapid collapse in the demand, and therefore the price, of commodities could spell trouble for their housing markets. The Great Recession was sparked by tenuous financial assets tied to illiquid assets in the U.S. Those countries tied to China face the prospect of something similar.

Australia and Canada are far more leveraged than even the worst European nations. In fact, there are relatively few countries in which households have continued to leverage themselves in recent years. It is not a coincidence that two of these are Australia and Canada. And this is where the true danger lies—the leverage to the continuation of the commodity boom is not simply a theoretical abstract that would damage GDP numbers. Australia and Canada are two of the most heavily reliant countries, in terms of GDP and export contribution, on mining. About 5 percent of Australia‘s GDP, and nearly 40 percent of its exports, is mining. Canada is similar though not quite as tied with around 4 percent of GDP and 30 percent of exports. A significant share of their respective stock markets is tied to mining shares as well. The relatively small contributions to GDP hide the secondary industrial ties to commodities—transportation, the construction of the infrastructure to handle the raw materials, machinery and so forth. Canada may have some cushion given its exposure to the U.S., but the U.S. has its own energy renaissance underway. The U.S. may refine the petroleum products for Canada, but it will not support end demand for high cost projects. Australia does not have the luxury of a middle man. Instead, Australia will be looking, intently, for someone to emerge to replace the demand.

The end result is that the roll-off of the Chinese stimulus is likely to be devastating to the emerging world—especially to those nations tied to commodities. First through the direct linkage of lower GDP and trade surpluses, but eventually through their financial systems as wages and employment adjust to lower volumes and prices for commodities. This will, in turn, reduce the ability of households in these markets to consume. Housing prices will likely fall, reducing implicit savings and net worth. This further reduces the ability to consume. In essence, the leverage to the commodity boom has the potential to turn commodity deflation into real economy deflation.

The U.S. Makes It Worse

U.S. monetary policy exacerbates the problems faced by the commodity producers as well. Instead of only dealing with a singular headwind, they are dealing with the end of the dual stimulus. This means both the excessive Chinese demand will fade away, and a stronger U.S. dollar will begin to damage pricing. Globally, no country is able to step in and purchase commodities to replace Chinese demand. Europe and Japan are likely to continue to stimulate their economy, but this would serve to strengthen the dollar. And a stronger dollar would push prices down further.

Janet Yellen, for many of the same reasons (inequality and the contestability of U.S. employment) as Alan Greenspan, would like to maintain an accommodative policy in the U.S. Contestability is one reason why the Fed should be concerned about America’s own commodity linked employment as the dual stimulus comes to an end. Yellen’s statement on inequality at the Boston Fed conference was directly connected to ensuring the U.S. has created enough uncontestable jobs for the Fed to step away, and these jobs are the type that will lead to—or at least allow for—future wage pressures. Prime examples are the jobs created by the current shale oil boom and housing construction during the boom. Much of the stimulus has been in the form of QE, and the U.S. only recently tapered its balance sheet expansion. This particular form of stimulus, intended to spur employment, has a direct effect on commodities.