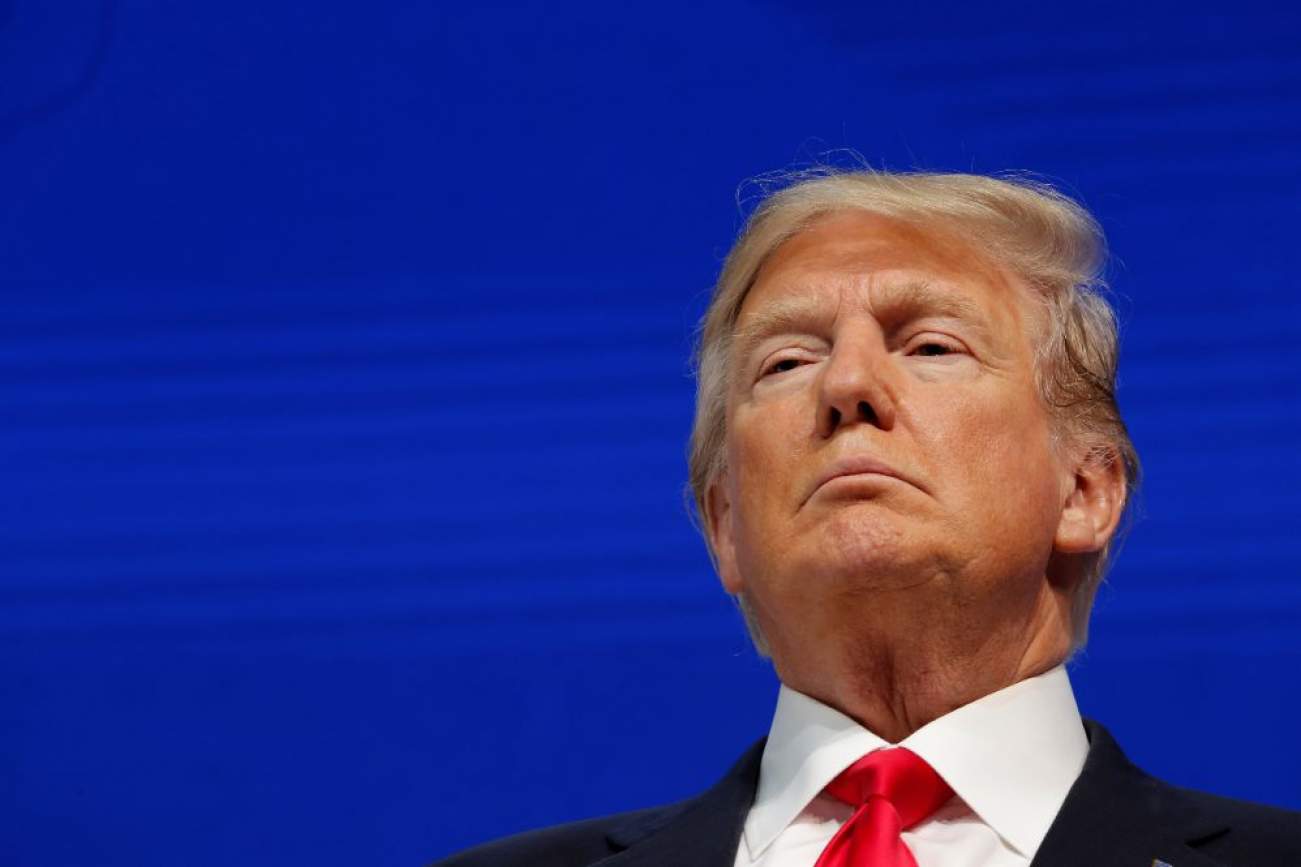 As so often with the Trump administration, it’s easy to get bogged down in the contradictory, unusual or flat-out salacious headlines. Solar panels! Washington machines! Den of the globalizers! No female CEOs!

But Trump’s first trade week of 2018, which began with the imposition of retaliatory tariffs and ended with him giving a speech in Davos, did yield the outline of an international economic policy. It has two elements which have appeared consistently across Administration policy actions, even as they may seem to be in tension with each other. One is don’t spook the [Wall Street] horses; the other, pivot away from multilateral economic governance.

As has been widely remarked, the first year of the Trump presidency was a good one for big business in both its U.S. and global forms. Markets and profits are both up, and the disruptions and shocks feared by some analysts have failed to materialize. Some of that is due to markets choosing to discount Trump rhetoric, from threats to demolish NAFTA to bluster about nuclear war, and wait instead to see policy substance. Corporate patience was repaid with the tax overhaul and relative restraint in foreign policy areas like Iran sanctions that could have had major economic impact (Boeing alone has deals to sell more than 100 planes to Iranian carriers). This week’s announcement of retaliatory measures against solar panel and washing machine imports were also relatively restrained—not out of line with measures taken by Republican and Democratic administrations in the past. Trump’s Davos speech was written to signal a continuing openness to trade and investment—every “America first” balanced with a “not America alone.”

As much as that policy seems to leave intact the outlines of U.S. international economic policy over recent decades, one element is conspicuously missing: reliance on multilateral trade deals and institutions to create a level playing field and enforce norms. As the other participant nations went ahead and inked a Trans-Pacific Partnership (TPP) minus the United States, Trump stressed his preference to negotiate with those nations individually, “or perhaps as a group, if it is in all of our interests.” Thus far the major members of the TPP-11 have all declined to negotiate individual deals with the administration, and a Japanese government spokesman promptly noted that Japan would welcome a U.S. return to TPP as it now stands, but not a renegotiation.

With late Friday afternoon bringing the news that the United States’ International Trade Commission had found Commerce Department-ordered retaliatory measures against Canadian aircraft manufacturer Bombardier to violate U.S. commitments, the White House will face another round of choices about the international trade architecture. That case split American business along sectoral lines, with Boeing pushing for the duties and major airlines opposing them.

A different version of that sectoral divide shows up again and again on international economics policy issues. Very often the divide will pit some corporations and manufacturing workers against other corporations and consumers, as in the airplane case, or the washing machine tariff imposed this week. Other times the alliances will be even more complicated: the solar panels case pits American manufacturers and industrial workers on the one hand against environmental groups, installers of imported panels (the vast majority of panels in use in the United States) and the workers who do the installing, on the other.

Perhaps ironically, this may represent just about perfectly where the country is on international economic policy at the moment. Somewhat surprisingly, public opinion on the overall question of “trade” has trended up in both parties since the 2016 election.

However, important fissures within each party complicate policymaking. The Democrats’ activist base tends to oppose trade liberalization, because that is what its leaders do. Despite the strong pro-trade numbers among rank-and-file Democrats, this commitment from unions and activist organizations is going to pose a serious challenge to the party in 2020 and beyond. For their part, both internationalist and libertarian conservatives buck their party’s protectionist trend because open trade is core to their ideology. Age and personal experience also play a role, though smaller than one might expect. In recent years, social scientists have also produced evidence suggesting that attitudes toward various aspects of international economic policy, which the public simply views as “trade,” are shaped by people’s comfort with diversity and interaction with other cultures.

Of course, a stark us-versus-them view is at odds with the realities of globalized capital and foreign investment and job creation in the United States. But the traditional pro-trade talking points about net benefits and lifting all boats are equally remote to the felt experiences of key regional and demographic blocs of voters. In such an atmosphere, the future is like to feature relatively little in the way of meaningful public road maps, and rather a lot of rancorous negotiations over specific policies within each party, at more profound levels than the trade lawyers who have controlled policy over much of the last two decades are used to.

With no incentive for major public initiatives, the arena that is most likely to suffer is the multilateral. They pose policymakers a consistent dilemma: they restrict what kinds of retaliatory measures Washington may undertake, but they also offer the hope of action from multiple countries producing more effective results—and avoiding tit-for-tat escalations—than the United States acting alone. We already know that a swathe of the electorate, consolidated into Trump’s base, opposes international commitments on sovereigntist principle that tie U.S. hands on trade or other matters. Add to that another set of trade skeptics who favor global norms, but believe the trade ones to be so weak or pro-business as to be worse than useless, and trade multilateralism starts to get low on U.S. supporters.

But the core purpose of multilateral trade institutions was to be beneficial for everyone, by introducing predictability and limiting the potential for trade wars that can spur both damaging recessions and actual wars. The real trade questions right now need to be whether current policies eat away at those shock absorbers, whether even those who don’t love them really want to live without them, how leaders in both parties can explain that to their constituents, and what sweeteners or reforms will be needed to revitalize the institutions and make them palatable again to a cross-partisan coalition of Americans.