Here Is What Trump Can Gain from Meeting with Putin 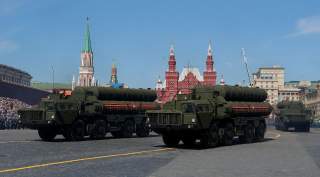 Given the results of the Singapore summit and President Donald Trump’s laudatory comments about Russian President Vladimir Putin, many people in the United States and around the world are rightly concerned about what agreements Trump might make with the Russian president at their summit in Helsinki. For example, as Yasmeen Serhan of The Atlantic has pointed out, Trump might agree, as he did in Singapore, to cancel U.S.-NATO military exercises on the Russian frontier that Russia opposes, reduce the number of American troops stationed in Germany or legitimize the Russian annexation of Crimea.

But given the current state of U.S.-Russian relations, which are at their lowest levels since the end of the Cold War, Trump can avoid this trap by returning to the playbook that every president from Nixon to Obama has used in dealing with the Russians: he should focus on making agreements that reduce the number of nuclear weapons in both the U.S. and Russian arsenals. These pose an existential threat to the United States and the world. In fact, Putin has already set the stage for making an agreement in this area by offering to extend the New START agreement, which was negotiated by former President Barack Obama, for five years from its current expiration date of 2021 to 2026.

Not only did both sides meet these limits within the timeframe specified in the treaty, but on February 9, 2017, in Trump’s first phone call with Putin, the Russian president inquired about extending New START for five years, something that could be done without further ratification by the U.S. Senate or the Russian Duma. Unfortunately, Trump rejected Putin’s overture, falsely claiming New START favored Russia and, like the nuclear deal with Iran, claimed that New START was just one of the several bad deals negotiated by the Obama administration.

Trump must get over his anything-Obama-did-is-bad fixation and recognize that New START, like all the previous nuclear arms agreements negotiated by his predecessors, is good for the United States and the world. Even though it was negotiated by a Democratic president, it was supported by a host of Republicans, including former President George H. W. Bush and all six of the living former Republican secretaries of state when it was presented to the U.S. Senate for ratification.

Given the terms of the New START agreement, this support from the Republican establishment was not surprising since it compelled the Russians to make significant reductions in their strategic arsenal. They reduced the number of deployed missiles and bombers by 35 percent from 809 to 527 and the number of warheads by 65 percent from 3897 to 1444. Moreover, by extending New START, the United States will not only enhance strategic ability but will also not have to increase the cost of modernizing its nuclear forces which currently is estimated to cost at least $1.7 trillion.

Not only will extending New START increase U.S. security while giving Putin something he wants, but Trump can also use the leverage he gains from supporting Putin’s desire to extend the agreement by asking him to deal with Russian violations of the Intermediate Nuclear Forces Agreement (INF). This treaty, which was negotiated by President Ronald Reagan and General Secretary Mikhail Gorbachev in 1987, obliges both sides not to possess, produce or flight test either a ballistic missile or ground-launched cruise missile with a range-capability of 500 to 5,500 kilometers, or to possess or produce launchers for such missiles.

After abiding by the terms of the treaty for twenty years, the Russians have not only flight-tested but deployed a treaty-prohibited Ground Launches Strategic Missile (GLCM), designated the SSC-8. The United States has responded by imposing sanctions on two Russian companies involved in the development of the GLCM systems and begun development of its own Submarine-Launched Cruise Missiles.

Keeping this treaty in limbo is not a viable option. Therefore, at the Helsinki summit, Trump should make it clear to Putin that unless SSC-8 noncompliance issue is resolved, the United States should remain open to arguments for withdrawal, just as Obama’s Senior Director of Arms Control, John Wolfstahl, stated in testimony to the Congress in 2017. Hopefully, the leverage which Trump could gain from acceding to Putin’s request to extend New START, will give Putin the willingness to abide by the terms of the INF.