Here's Everything You Need to Know about the New Security Strategy 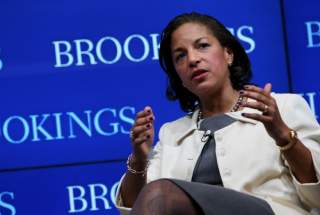 America finally has an updated National Security Strategy (NSS). More than any other document, it signals President Obama’s global priorities. The NSS is a report required annually by Congress, but the current administration has gone almost five years between strategies, so it’s natural that interest in it is high. Unfortunately, these documents can be very difficult to read, even for those immersed in the minutiae of national security. Add to this the requirement that the strategies must contain voluminous repetitions of boring platitudes about America’s virtuousness, and most readers can be forgiven for not comprehending the intended messages from the official statement of what we might label America’s updated “grand strategy”.

There is, however, a system to reading every NSS that makes it easy – and even fun. First, pay very close attention to the president’s cover letter. If he wrote any of it with his own pen, this is it. It is usually only a page or two long – but if you find it a bit scattershot, try to appreciate that the president knows that he is writing for a wide and diverse set of audiences. Second, it is crucial to compare it to the most recent version, so dust off your well-worn copy of President Obama’s 2010 NSS.

Sorry, but this is mandatory. The good news is that this one is only half the size of its predecessor (29 vs. 52 pages, although there may be some differences in font). Don’t have your copy handy? Worry not. I’ll guide you through the most important sections. Finally, challenge yourself to become a super sleuth. Like the Sovietologists who used to pore over Kremlin announcements, look for words or themes, the order of phrases, and the size and frequency of various references. Your computer’s “find” and “compare” functions should be of assistance here. Let’s begin the journey.

It is not surprising that the new cover letter acts as a bookend to the 2010 version. Earlier, the president posited that we needed a strategy of national renewal, since we were just completing two wars in Asia and were still focused on reversing the Great Recession. Today, he posits that we are stronger and better positioned, having extricated ourselves from these wars and turned the economy in a decidedly positive direction. But note: the priority of domestic politics over international activity remains constant. Our strength abroad began at home in 2010. According to the NSS, it still does today.

Strategies always have threats or challenges. We should expect an NSS and the President who issues it to discuss them, and this cover letter does not disappoint. Many challenges, such as violent extremism and the spread of nuclear weapons are repetitions of the last version. The new entries on the list are Russian aggression and the threat posed by the outbreak of infectious diseases. When reading national security strategies, what’s new and different matter most.

The opening section of the text is normally an embellishment of the president’s cover letter, but the details that matter begin to emerge. The tone of the earlier version is set by the first sub-heading beginning, “The World as it is….” This version, however, did not settle for static references to the status quo. Now the president presumes that America will lead the world into a better future. The only question is “how”?

Neither strategy considers unilateralism a preferred modus operandi, however, there must always be a genuflection in the direction of unilateral actions since the U.S. will act alone, if necessary. Every NSS since President Reagan’s initial effort in 1987 made this point. Don’t be alarmed when you read this sentence.

Both strategies spend inordinate time discussing the virtues of international institutions, alliances, partnerships and multilateral action. It’s hard to declare a winner here but let’s just say we should all have bought stock in multilateralism.

One noticeable trend, as Peter Baker and David Sanger noted in The New York Times, is that the 2015 Strategy uses the word “lead” or “leadership” nearly 100 times throughout its 29 pages. This is definitely a big increase since the 2010 effort, especially with the page count cut in half. Cynics might note that this is a political reply to Republicans accusing the president of “leading from behind” during the Libyan affair. It is reminiscent of the Bush NSS of 2006 which mentioned “freedom” 80 times shortly after the fallout from Abu Ghraib incident. “Democracy” and “human dignity” were also mentioned numerous times in 2006, just as the world seemed to be turning against the American presence in Iraq and Afghanistan. Hence, both may be taken with a grain of salt due to domestic politics.

In a strictly geopolitical world, threats and challenges always begin with capital letters because they are actually other nation states. In both of President Obama’s National Security Strategies, however, they start with small letters: weapons proliferation, climate change, organized crime. When large countries with the ability to wield world power are mentioned – India, Russia and China – only Russia is consistently portrayed as aggressive, while India has potential and China is on the rise. Looking back to 2010, Russia was the nation with which America will “continue to deepen our cooperation”.

A new security challenge highlighted in the 2015 NSS is to assure access to shared spaces. The administration explicitly notes cyberspace, outer space, air and oceans. American activities within these domains are all described in terms consistent with international law and long-standing norms of international behavior. However, this construct was introduced in the 2012 Strategic Guidance for the Defense Department, also explicitly endorsed by the president. The 2012 document attributes the power to deny us access in the air and oceanic domains to “states such as China and Iran”. Indeed, the discussion of China as a regional power included the need for Washington to get “greater clarity of her strategic intentions”, suggesting the possibility that she could develop into a threat. The 2015 NSS strategy does not, however, name names. It merely decries “assertive behavior” on any nation’s part and chooses not to call for military response to any such denial of access in any of those domains. Infectious diseases have for the first time made their way into the list of security challenges, no doubt sparked by the Ebola scare. Again, two themes prevail. The first U.S. priority noted in the new NSS is domestic in that we must manage our ability to prevent outbreaks and respond to local biological incidents. Second, our work internationally will fall under international organizations through the Global Health Security Agenda.

Economic prosperity is on every president’s list of enduring national interests. In 2010 the NSS devoted half a section on this to strengthening education, scientific discovery and technology. The updated version claims that American leadership has ushered in unparalleled global prosperity and now must fine tune this success with financial reform, trade agreements and the need to end extreme poverty. Here, we can detect more a note of triumphalism than challenge.

Discussion of American values – freedom, human dignity, democracy, equality – is always part of these grand strategies. President Obama is not shy about touting American exceptionalism as the product of these values and a principal force behind our attractiveness to the rest of the world. However, the “values” section in both strategies always follows the “security” and “prosperity” sections. This speaks volumes. Keeping the rank ordering of “values” in mind, this strategy notes that we will continue to engage governments “who do not share our values”, although we will continue to “speak out” about these differences. In search of positive “values” trends, the length of the 2010 “values” section was easily the smallest of the lot. This time, however, it ties for last place.

The “International Order” section is where administrations rank the relative importance of regions of the world according to the order in which they are presented. Not surprisingly, the older NSS led with Europe, as had all those before it going back to 1987. The Obama administration’s subsequent “rebalancing – or pivot -- to the Pacific” policy now puts the European region in second place. Further, The European discussion took on a new tone. Five years ago, Europe was labeled a “producer of security”, thereby in need of little assistance from us. In the 2015 NSS, Russia’s conduct in Ukraine pervaded the page, challenging the West to resist Russian aggression.

There you have it. The good news is that we no longer have to tune into presidential speeches and press conferences to determine the current drift of American grand strategy. It’s all there in 29 pages.

The bad news? It is still a tough slog.

Thomas Fedyszyn has been a member of the U.S. Naval War College’s Naval Security Affairs faculty since 2000 and serves as the College Director of the Europe-Russia Studies Group. The views voiced here are his alone.