Here's How America Can Stop China in the South China Sea 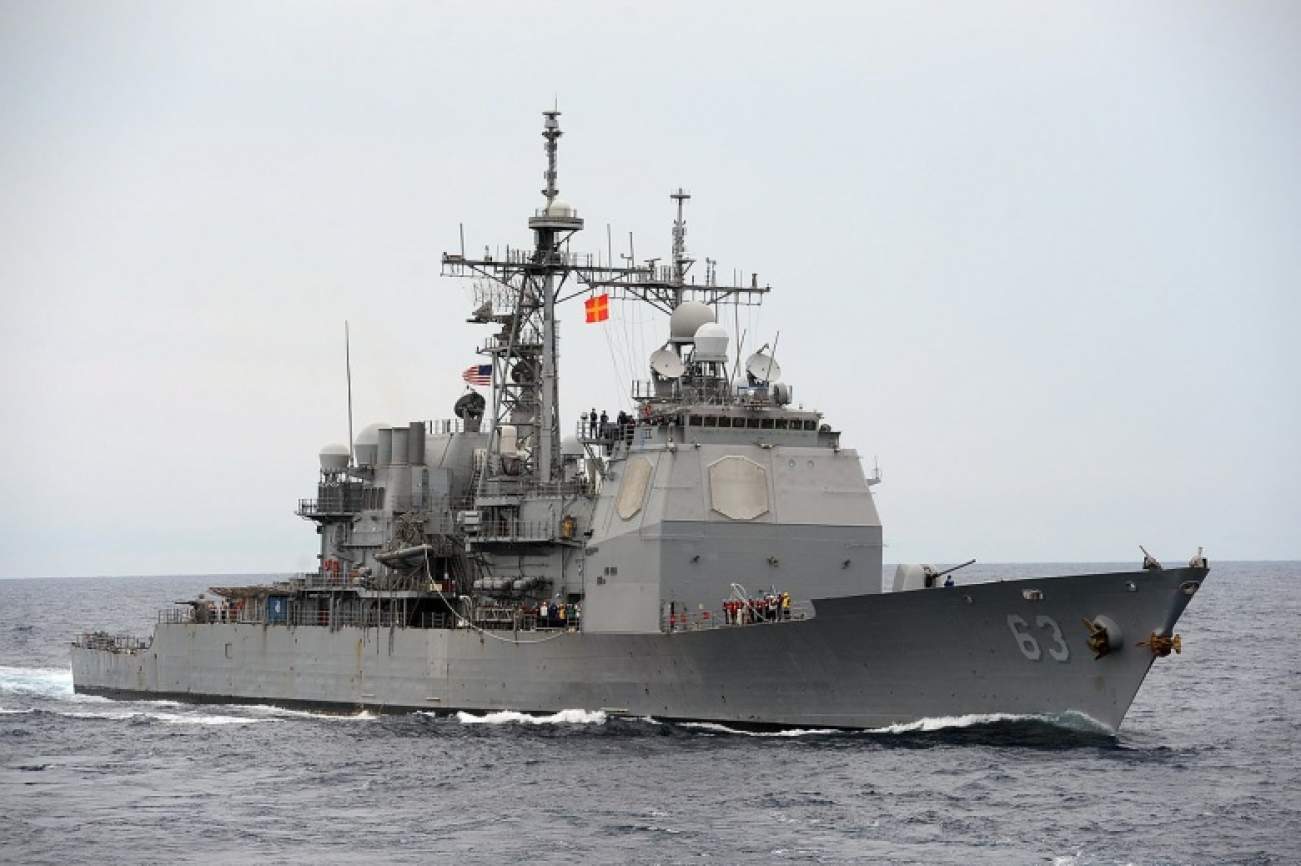 The release of a U.S. Navy P-8 video flying over the South China Sea was a shock to many.

The footage revealed a small armada of dredging vessels, support ships, and auxiliaries, working diligently to build People’s Liberation Army Air Force bases. According to international law, most islets China has occupied lie within the territorial waters of either the Philippines or Vietnam, and Chinese actions could be interpreted as maritime invasion. Despite Chinese claims to the contrary, neither Chinese behavior, nor its 9 dotted line, are consistent with customary international law or the UN Convention on the Law of the Seas. Nor do it’s historical claims stand real scrutiny, as a recent piece by South China Sea scholar, Bill Hayton shows.

China’s actions, therefore, are a gross infraction of the internationally agreed upon system of rules and represent a major challenge to the current global order, particularly since it takes place across one of the world’s most vital shipping arteries. One might argue, that it is as much a challenge to international peace and security as was Russia’s annexation of the Crimea. If China is allowed to create islands in order to claim control over a vital shipping lane, what’s to stop a slew of global imitators? What exactly is China’s strategic aim and what can be done about it?

Some would argue that China views the international system with cynicism, having been prey to Japanese and Western imperialism during the 18th and 19th centuries. China’s behavior, they say, is merely a means of protecting itself from the types of naval intrusions that it suffered, a “Great Wall of Sand,” to consolidate its First Island Chain. There is some truth to the argument that Chinese naval behavior is predicated on a political historical narrative of weakness and foreign predation. Certainly, much of what China is doing is explained this way domestically.

However, China has shown itself to be willing to adopt elements of the international system which favor its interests; its membership in the UN Security Council and a number of international fora, like the WTO, World Bank, and many others. Furthermore, China’s narrative of weakness—the so-called “100 years of humiliation”—cleverly highlights predation on the part of the West, while papering over China’s own Imperial Qing (1644-1912) predation on neighbors Dzungaria, Tibet, Vietnam, Formosa, and Laos. In many ways, the 100 years narrative is used to justify China’s behavior in a similar way Berlin used the “shameful peace at Versailles” to mobilize Germany’s domestic politics in the inter-war period.

The historical similarity to Germany’s expansionism during this the 1930s and China’s push on its periphery is striking, and might serve as a framework for how the US and its allies should build a political-military counter strategy. One immediate implication of this framework is to avoid any policy of appeasement; history teaches us this merely facilitated war in the end as Hitler’s ambitions were fed by the Rhine area and the Sudetenland. China’s strategy seems to hold a geopolitical logic. Certainly undersea gas fields and fertile fishing waters play a role, but it is fundamentally Chinese behavior is about taking control of one of the world’s busiest trade sea-lanes. This is in essence the first step in a three pronged strategy: first, dominate the South China Sea with Chinese military forces; second, use this de facto control to develop a new benevolent Sino-centric system in Southeast Asia; one in which ASEAN states implicitly submit their foreign policy to Chinese control; third, use this control to exert pressure on Seoul, Taipei, Manila and Tokyo—four U.S. allies, heavily dependent on the sea-lane, which transits the South China Sea.

(Recommended: How Russia Could Make China the King of the South China Sea)

The only way to counter this strategy would be for the United States to incrementally shift its policy of hedging from one of engagement to one of balancing, politically and militarily. The United States should adopt this two-pronged political and military strategy in close consultation with its friends and allies in the Asia Pacific region. It cannot afford to walk too far forward; it must seek to maintain the moral high ground afforded it by China’s actions. The first step should be to begin a long-term, multilateral diplomatic push at states in the region for a conference to cease militarization of the seas. The date of such a conference should be at least six months in the future, to give the US and its allies time enough to coordinate a concerted diplomatic push at fence-sitting states in the region, particularly the “flip” states Indonesia and Malaysia. US diplomats might trial this at the Shangri-La conference later this week. After all, even Chamberlain had a “Munich.” The failure of the United States and its allies to get China to a conference up until this point is a deeply troubling failure.

Secondly, in order to pressure China to the table, the United States must assist a concerted strategic change in the military posture of the Philippines and Taiwan. With American, Japanese and Australian help, the two island states should build up strong asymmetric capability, known as anti-access, area denial (A2/AD). Radar systems, mobile anti air-and-ship missile systems should be built up en masse so as to counter Chinese attempts to dominate the sea and air in and around the South China Sea. Such systems should be able to reach far into the South China Sea, and fundamentally challenge Chinese attempts to dominate the immediate domain. Such a strategy would nullify China’s new bases, making them virtually useless, while remaining defensive and non-provocative. Other ASEAN states interested in such defense technologies should also be considered.

If such a strategy were well-funded, it would make things very difficult for Beijing. Certainly the PLAAF island bases could be hardened, and their presence would continue to be a peace-time source of leverage, but at least this leverage would be somewhat ameliorated tactically. Furthermore, their use as actual air fields in times of crisis would be challenged completely from Philippine and Taiwanese air space. Such a tactic, if carried out incrementally and in response to Chinese efforts, would present Chinese strategy with a dilemma. If they continue to build up their forces, U.S. and allied forces would simply respond in kind. If they seek diplomatic redress, then both sides freeze the build-up. In many ways, this tactic would solve the age-old conundrum of how to get Beijing to parlay at the diplomatic conference described above. It would also counter the historical problem of appeasement or ‘rolling ambition’, the ever-increasing appetite for territory of challenging states.

At present, the policies of the United States and its allies are behind events on the ground. True, the new U.S.-Japan Defense Guidelines are a step in the right direction, and U.S.-Japan-Australia capacity building efforts are becoming increasingly coordinated in Southeast Asia, but China is moving faster than many could have anticipated. No doubt, Beijing feels it must move fast, perhaps in expectation of the long-predicted slowdown of its economy. China is getting the goods, while the going is good. If the United States and its allies want to stop this, they must think fast and act faster. Certainly, such a strategy as outlined above, might be the first step in taking away the initiative, something Beijing has very much kept until now.