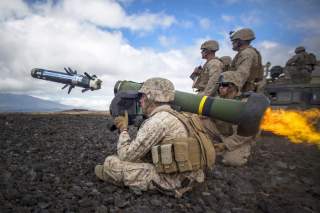 Although wars between even small nations are tragic for the populations involved and can cause wider problems in the international system, the prospect of armed conflict between major powers is the true nightmare scenario—especially in an era of nuclear weapons. The two world wars that so horribly scarred the twentieth century provide important reminders of the dire consequences of great-power conflicts. It follows that all responsible major countries should avoid actions that increase the risk of needless confrontations. Unfortunately, the level of danger from such conduct appears to be rising rather than declining.

National pride and domestic political pressure to “show the flag” and “demonstrate credibility” can sometimes overwhelm common sense in the conduct of foreign policy. Recent actions by several major powers are reminiscent of playground posturing by middle-school male students.

For example, Russia has repeatedly engaged in provocative military flights near the airspace of NATO members, especially the three Baltic republics. On one occasion, Russian bombers even flew near Great Britain’s airspace. The foolish nature of that maneuver was underscored, given that the bombers were obsolescent, propeller-powered aircraft. British and NATO military commanders were not likely to be intimidated by weaponry embodying technology from the 1940s. Thus, the flights had the unique combination of being annoying and ineffectual—the epitome of a needless provocation.

Flights by modern Russian fighter planes and surveillance aircraft in the Baltic region are more serious, as are incidents involving Russian naval vessels operating near the territorial waters of various European countries. U.S. and NATO officials have repeatedly denounced such conduct.

But NATO members have also engaged in foolishly provocative actions. In February 2015, the alliance conducted exercises with tanks and 1,400 troops near Narva, Estonia, barely 300 yards from the Russian border. In late May, Russian aircraft scrambled to intercept a U.S. destroyer that was operating in the Black Sea adjacent to Russia’s territorial waters near the crucial naval base on the Crimean Peninsula.

Such gestures provide meager tangible military benefits. Conducting maneuvers with ground forces in the Baltic republics is almost entirely a matter of symbolism. A high-ranking NATO military official candidly conceded that Russia could occupy all three Baltic states in a matter of days, if Moscow chose to take that step.

Unless NATO is willing to fight a full-scale war with a nuclear-armed Russia, there is little that the alliance could do to prevent such an outcome. And battalion-scale military maneuvers are not likely to weigh decisively in the Kremlin’s assessment of whether NATO would honor its Article 5 pledge that an attack on one member is considered an attack on all. Vladimir Putin and his cohorts either believe that commitment or they consider it a bluff. Symbolic military gestures probably do not alter their calculation in any meaningful way.

On the other side of the world, major powers also exhibit an increasing tendency to engage in risky, provocative gestures. That is especially true regarding the ongoing territorial dispute between China and Japan over the Senkaku/Diaoyu islands in the East China Sea. Chinese fishing boats and naval vessels frequently enter the waters around those small islands, and Chinese military aircraft fly near them. In November 2013, Beijing proclaimed an air defense identification zone (ADIZ) over the disputed region, despite vehement objections from both Tokyo and Washington. U.S. planes promptly defied the new ADIZ, conducting military flights through the airspace without notifying China.

Tensions are clearly on the rise. Japan scrambled its fighter planes to intercept Chinese aircraft over the East China Sea some 415 times between March 2013 and March 2014, and the pace has not noticeably diminished since then. For its part, China has repeatedly intercepted U.S. and Japanese surveillance flights in or near the disputed territories.

When rival military aircraft operate in such a confrontational mode, a mere miscalculation or accident could trigger an extremely nasty incident. That is precisely what happened in the spring of 2001 when a U.S. EP-3 spy plane collided with a Chinese fighter plane near China’s Hainan Island. The resulting crisis lasted for weeks before cooler heads prevailed and a compromise diplomatic solution was reached.

One might think that Beijing and Washington would have learned from that alarming experience and taken steps to avoid similar dangers. But there is little evidence of such prudence. Indeed, both countries are currently engaged in risky posturing regarding the South China Sea. Beijing flirts with the idea of proclaiming an ADIZ in that region, despite the ongoing, multisided territorial disputes with its neighbors. Washington is deepening its involvement in the underlying tensions, including by conducting air and sea patrols in the area.

It is bad enough if a conflict between major powers erupts because of intractable grievances over crucial substantive issues. But it is even worse if such a tragedy occurs because rivals engage in ill-considered, symbolic posturing. Unfortunately, that appears to be the trend in both East Asia and Eastern Europe. It would be wise for all parties involved to reduce the level of risk and renounce such conduct.