Here's How Congress Can Save Medicare 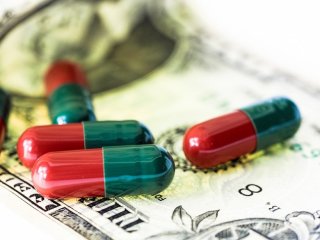 When will Medicare’s hospital insurance trust fund run out of money? A newly released report from the Medicare Trustees says it will be exhausted in 2028—two years earlier than they projected last year. Using slightly different assumptions, the Congressional Budget Office earlier predicted that the trust fund would be insolvent by 2026.

No matter how you slice it, the fund meets neither short-term nor long-term standards of “financial adequacy” (to use the trustees’ term). But the Trust Fund’s precarious financial state is merely the symptom of a more serious problem: the growth of Medicare spending and financial burdens on seniors and taxpayers.

Consider the raw facts. Over the next ten years, Medicare spending will jump from $648 billion to $1.2 trillion. During the next four years, it will grow faster than workers’ wages, the general economy and all other health spending. Medicare will eat up larger portions of the federal budget, and account for an ever growing chunk of the nation’s gross domestic product. The main driver is, of course, the accelerating enrollment of the seventy-seven million baby boomers.

While payroll taxes fund Medicare hospitalization, general revenues—the taxes of current working families—pay for the vast bulk of Medicare benefits each year. Though seniors often imagine that they “paid” for their benefits, in truth their premiums account for only about 13 percent of the total annual financing. What seniors paid in payroll taxes during their working lives was spent on the Medicare enrollees at the time they were working.

Taxpayers face even bigger challenges. In 2015, the general revenues required just to support Medicare Part B (the part that pays doctors) amounted to 13.5 percent of all personal and business income taxes. That share will climb to 16 percent by 2020, and reach 21.4 percent by 2030. That same year, the trustees project general revenues will account for 48 percent of all Medicare funding and perforce a bigger chunk of the general economy. As the trustees warn, “Growth in general revenue financing as a share of GDP adds significantly to federal budget pressures.”

How to cope with Medicare spending growth is at the heart of the debate between President Obama and his critics. Obamacare was intended, in part, to slow Medicare spending increases by authorizing big Medicare payment cuts.

What does the ACA do to Medicare? According to the Medicare Trustees, “By 2040 simulations suggest that approximately half of hospitals, 70 percent of skilled nursing facilities, and 90 percent of home health agencies would have negative total facility margins, raising the possibility of access and quality of care issues for Medicare beneficiaries.”

Medicare hospital payment today is only 61 percent of private payment, but under the ACA it could eventually decline to just 40 percent of private payment. For doctors, Congress changed Medicare payment formula in 2015, but the trustees say the 2015 change will also eventually result in much lower reimbursement than previous law, further aggravating problems of access to care for future seniors.

Then there’s the long-term challenge: the promised benefits to seniors that are not paid for. The technical term for this debt is Medicare’s unfunded obligation, and it measures the long-term (seventy-five-year) obligations of the program.

The size varies with the assumptions. Under “current law” assumptions (meaning, for example, that current law—including the massive Obamacare Medicare cuts—goes unchanged), the Medicare Trustees project long-term unfunded obligations at $32.4 trillion, up from last year’s estimate of $28 trillion. If current law changes (meaning, among other things, that Congress overturns the physician payment cuts slated to take effect in the future), the Medicare actuary posts the total bill at $43.5 trillion. Both estimates, of course, dwarf the national debt, now more than $19 trillion.

So, America’s dilemma is this: if Obamacare succeeds in driving down Medicare payments, then medical professionals get lower reimbursement and patients face reduced access to care. If Obamacare fails to curb Medicare spending, costs continue to zoom into the stratosphere, taxpayers and seniors are stuck with bigger bills, and working families face hideous debt.

In their latest report the trustees plead, once again, for Congress and the executive to address Medicare’s problems with a “sense of urgency.” Reform legislation, they say, is needed sooner rather than later.

When attempting entitlement reform, Congress is usually tempted to respond with more spending cuts, higher taxes or both. But there is a different and far better way to address Medicare’s debilitating financial problems.

As a first step, Congress could make changes to modernize traditional Medicare. It could generate substantial savings by expanding the “means testing” of Medicare premiums from 6 percent to 10 percent of the total Medicare population; gradually raising the age of Medicare eligibility to 68; and simplifying the traditional program by combining Parts A and B, rationalizing the cost sharing and adding a catastrophic benefit.

From there, Congress could expand the defined contribution financing system (“premium support”) to the entire Medicare program. The Medicare drug program is the best model for that financing arrangement. Intense competition among plans and providers has proven savings, while stimulating innovation in medical delivery and better patient care.

Americans don’t have to settle for today’s dysfunctional Medicare status quo or tomorrow’s gloomy Medicare future. But lawmakers must act sooner rather than later.