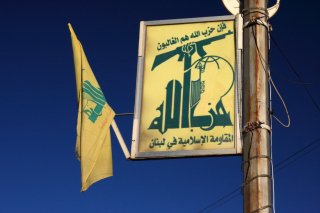 The nuclear agreement with Iran may represent a dramatic shift in geopolitics in favor of the Shiite theocracy, but for Lebanese Shiites, domestic concerns prevail. Lebanon’s 1.6 million Shiites are worried about the Islamic State and Jebhat al Nusra. And for good reason. Over the past four years, the Iranian-backed Lebanese Shiite militia Hezbollah has been fighting in Syria, helping the Assad regime kill nearly 300,000 mostly Sunni Muslims. In response, these Sunni jihadis are targeting Shiites in Lebanon. Yet according to recent polling conducted by the Lebanese NGO Hayya Bina, 80 percent of Lebanese Shiites believe Hezbollah’s deployment in Syria is making the community safer. Indeed, the “Party of God’s” mission in Syria is regarded as so critical that 47 percent of Lebanese Shiites now believe that “liberating” Israeli occupied Shebaa Farms should no longer be the militia’s priority.

To date, the evolving raison d'etre of Hezbollah—from “resisting” Israel to conducting military campaigns in support of Iran from Yemen to Iraq to Syria—has not diminished the militia’s support among its domestic constituency.  But Hezbollah’s new role as Iran’s regional Praetorian Guard as well as its missteps at home is clearly raising concerns for many Lebanese Shiites.

Hezbollah’s deployment in Syria has already taken a heavy toll on Lebanon’s tight knit Shiite community. Since 2011, an estimated 1,000 Hezbollah fighters have been killed or wounded in action in Syria alone, so many that over 50 percent of Shiites polled said they knew someone “martyred” in the war. Almost every day, there are reports of burials in Lebanon; just this month four Hezbollah militiamen returned home from Syria in body-bags. Still other Hezbollah agents have died carrying out their “jihadist duties” elsewhere.

Notwithstanding Hezbollah’s purported culture of martyrdom, there appears to be some communal sensitivity to the mounting casualties. During the militia’s bloody May campaign to retake the Qalaymoun region of Syria along the Lebanese border, Hezbollah Secretary General Hassan Nasrallah felt compelled to propitiate public opinion by addressing the number of casualties in a televised speech. Contrary to rumors, Nasrallah announced, “only 13” of his fighters had been killed in the two-week battle. Subsequent investigative reporting in the Lebanese daily An Nahar, however, suggested that the secretary general understated the casualties by almost half.

In another sign of the organization’s insecurity about domestic sentiment, in June, the militia publicly savaged its domestic Shiite critics—the so-called “Shiites of the [American] Embassy”—in the pro-Hezbollah Lebanese daily Al Akhbar.

To be sure, Nasrallah still retains the confidence of the vast majority of the Lebanese Shiite community. Recently, though, there has reportedly been some grumbling within the ranks of the organization. The chief complaint—leaked to the press and independently confirmed with Lebanese sources—relates to nepotism within the organization, and specifically to senior positions in the organization provided to children of prominent Hezbollah leaders.

The nepotism in question regards the children of erstwhile Hezbollah military commander Imad Mughniyyeh. Mughniyyeh was assassinated in Damascus in February 2008, and soon after inducted into the organization’s pantheon of martyrs. In January 2015, Imad’s 26 year-old son Jihad, was killed by an Israeli airstrike in Qunetra while surveying the Syrian Golan with an Iranian General.

At the time, Jihad’s demise caused some Lebanese Shiites to question what a relatively junior Hezbollah operative was doing in the company of a senior Iranian military official. It soon emerged that Jihad Mugniyyeh had been appointed commander of Hezbollah’s newly established Golan Front against Israel. Less than six months later, Mugniyyeh’s eldest son Mustafa, 28, was selected—reportedly by Nasrallah himself—to fill the very same important position.

While the favoritism demonstrated for Mughniyeh’s progeny is unseemly, Hezbollah has survived much worse scandals. In 2009, for example, Hezbollah’s chief local financier, a publisher named Salah Ezzadin, was arrested for conning the militia and 10,000 other Lebanese Shiites out of $300 million. The Ponzi scheme was so damaging to Hezbollah’s reputation that the organization’s clerics reportedly issued a fatwa-like edict forbidding Shiites to mention Ezzadin in connection to Hezbollah.

These and other ignominies have proved to be mere irritants for the militia, more an indication of the calcification of the organization than an immediate threat to the group’s existence. Still, the apparent bureaucratic rot has concerned some Hezbollah supporters.

After the Ezzadin affair broke, Al-Akhbar Editor Ibrahim al Amin penned an editorial accusing the militia of going soft and adopting a lifestyle “in opposition to the principle of sacrifice” that was once a hallmark of the organization. In his article, Al Amin cited former Israeli Ministry of Defense advisor on Lebanon, Uri Lubrani, who long ago said that Israel would only defeat Hezbollah “when it became infected with the virus of the Palestinian Liberation Organization in Lebanon, in other words, when it alters its appearance and becomes bourgeoisie.”

Of course, based on its military prowess and its loyal and ongoing following, there is little prospect that Hezbollah will disappear anytime soon. Indeed, the declining fortunes of the nominally Shiite Assad regime—a serious concern for Hezbollah—may be reversed after the nuclear deal is signed with Iran, freeing up billions of dollars for Tehran’s allies and proxies.

But even as the organization expands its regional influence, at home there is an increasing sense of anxiety among Hezbollah’s constituents. Hezbollah’s Syria gambit may be making Lebanese Shiites feel safe, yet half the community told pollsters that the campaign has also “negatively affected” relations with Sunnis and other Lebanese. And these Sunnis comprise nearly 40 percent of the enlisted soldiers in the Lebanese Armed Forces, tasked, among other things, with defending Lebanon’s Shiites from Sunni militants.

As the war drags on in Syria, Lebanon’s Shiites are increasingly recognizing that Hezbollah’s adventure in Syria is not only making the community a target for Syria-based Sunni jihadists, it is poisoning relations with their fellow countrymen. Perhaps that’s why 60 percent of Shiites say they’d like to see the Army have a monopoly on weapons in Lebanon by 2025—a stunning sentiment given that Nasrallah said in 2006 that Hezbollah would “cut the hand and head of those who attempt to disarm it by force and rip their souls out.”

Still with regional sectarianism on the rise—and with no other reliable communal guardian—Shiite consensus in support of Hezbollah’s role in the war will likely endure. For Washington, this dynamic has fostered a policy of resignation, so much so that in April, the State Department cut its only program to cultivate “independent moderate” Shiites in Lebanon. (That modest program, incidentally, was administered by Hayya Bina).

At present, Hezbollah, while under pressure, is not vulnerable. But the organization is not unassailable. Casualties in Syria and miscues at home have resulted in unusual if not unprecedented Shiite criticism of the militia. Today, according to polling, of those Shiites who say they actually trust a leader to “provide a better future for your family,” a mere 70 percent point to Hassan Nasrallah as that leader.

Alas, given the deeply sectarian regional milieu, there is little Washington can do to exploit this apparent discontent. The same goes for Hezbollah’s domestic detractors. Regrettably, Hezbollah’s not going to be departing the scene anytime soon. Neither, it’s safe to say, will the organization’s local Shiite critics.

David Schenker is director of the Program on Arab Politics at The Washington Institute for Near East Policy.