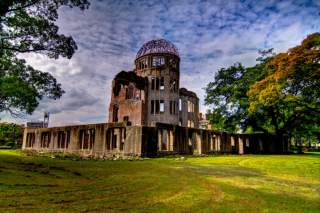 Should Harry Truman have chosen the drawn-out alternative on the high seas rather than the quick, decisive, atomic end to World War II? As a saltwater guy, I probably would have clamped down the blockade and waited out Tokyo. But huddle up with TR, Clausewitz, and Wylie—and then you be the judge.