A Historian’s Guide to the Geopolitics of War 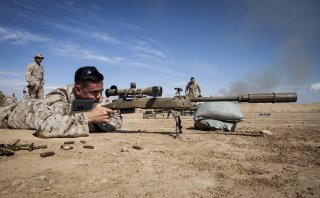 Decades ago, the U.S. military adopted the concept of the “three levels of war” as part of their doctrine. Developed from a historical appreciation of conflict, this framework for understanding war remains relevant, a reminder that even as technology and geopolitics march on, sometimes the past marches with them.

“Seeing the elephant,” was a popular nineteenth-century catchphrase. It meant investing a lot of effort to see or do something and then concluding it hadn’t been worth it. The term was usually applied to the experience of war.

The phrase was often paired with the ancient Hindu parable of the blind men who encounter an elephant for the first time. Each described the animal differently, according to which part of the elephant they touched. This aptly explained the challenge of analyzing and describing war, so much was shaped by perspective and experience.

In practice, nineteenth-century military histories reflected the elephant parable. In the West, Napoleon Bonaparte was the historian’s elephant in the room, the dominant topic. What complicated understanding the Napoleonic way of war was that Bonaparte did pretty much everything there was to do in fighting a war. He commanded troops in battle. He directed protracted operations over vast distances. He was his empire’s strategist making all the big decisions about how the ways, means and ends of France’s way of war would be employed.

Distinguishing Bonaparte’s role and influence as a military leader across decades of campaigning across multiple continents could be bewildering. Consider the two most renowned and influential interpreters of Bonaparte, Antoine-Henri, baron de Jomini and Carl von Clausewitz. In analyzing the Little Corporal’s influence, they bounce all over the place. Clausewitz’s seminal On War, for example, though often thought of as the classic text for understanding military strategy, actually dedicates many of its pages to describing tactics and military campaigning.

Military writings often drifted towards the “sexy” part of the elephant, focusing on the conduct and outcome of battles. One of the most popular and influential books was The Fifteen Decisive Battles of the World: from Marathon to Waterloo by Sir Edward Shepherd Creasy, published in 1851. This battle-centric approach to military history dovetailed well with Clausewitz’s notion, from the study of Napoleonic warfare, that the proper focus of effort was on the decisive military engagement. This really popularized the notion that winning wars was about annihilating the enemy in a climactic battle.

Of course, wars don’t follow a script, least of all one that was written by Clausewitz or Edward Shepherd Creasy.  Even in their own times, not all wars looked like a classic Napoleonic campaign. Clausewitz, for instance, never showed much interest in the protracted French campaigns in Iberia (1808–1814), which featured guerilla warfare and interminable skirmishing rather than big Armageddon-like engagements a la Waterloo.  Similarly, the Crimean War (1856) looked nothing like a page out of Cressey’s book.

Understanding military history and operations required a more sophisticated framework than just focusing on one part of war and ignoring others. The U.S. military realized this when it struggled to come to terms with America’s failure to dominate in the Vietnam War.

For his part, Army Col. Harry Summers, tried to shift the focus of analysis on Vietnam from body counts and helicopter raids to the strategic component of the war. In 1982, he produced a study for the Army War College which became a best-selling book, On Strategy: the Vietnam War in Context. That started people thinking.

The 1980s saw a dramatic revival of interest in the U.S. military history, spearheaded by a newly established military command called TRADOC. One of the command’s efforts was to revitalize warfighting doctrine, drawing from the broad sweep of history rather than just refighting the last war.

One doctrinal initiative was to break out conflict into its component parts—the levels of war. The tactical level of war comprised activities on the battlefield including battles and engagements, like Waterloo. The larger activities that compromised the campaign, sequences of moving and positioning forces are the battlefield—was called the operational level of war (such Wellington’s peninsular campaigns during the Iberian War). The strategy was the capstone level, including how leaders brought together all the instruments of power—political, diplomatic and economic, as well as a military force—to achieve their ends. It was, for example, Bonaparte’s Continental Strategy to isolate Great Britain that eventually led to his final downfall at Waterloo.

Like organizing parts of an orchestra so they all make sense as a whole, understanding how the parts of the war come together helps leaders, “design and synchronize operations, allocate resources, and assign tasks to the appropriate command.” They also remain the best tool for dissecting wars and understanding what went right and what went wrong.

Take, for example, the Korean War, Vietnam and current operations in Afghanistan. The inability to decisively bring the enemy to heal—different tactics and campaigns, victories and defeats aside—was the strategic challenge that couldn’t be easily solved. In each case, the enemy had a sanctuary to which it could withdraw and where, for geopolitical reasons, the United States could not pursue the enemy and defeat them in detail.

From “traditional” war to “gray zone” tactics, the levels of war continue to demonstrate relevance. Of course, like any construct, they should not be approached dogmatically. As Australian military analyst Martin Dunn observes:

The concept of levels of war is useful teaching and learning tool. They help us explain the past, and develop our ideas for the future. But we need to remember that they provide us with just a tool. Clausewitz observed, “Only the rankest pedant would expect theoretical distinctions to show direct results on the battlefield. The primary purpose of any theory is to clarify concepts and ideas that have become, as it were, confused and entangled.”