History in the Making: Trump and Netanyahu Square Off 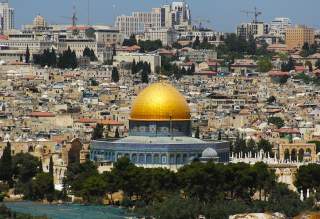 While there was the expected international pushback to Israel’s construction announcement, the White House hardly responded until it issued the February 2 statement. The Trump administration released the statement one day after the Israeli prime minister announced plans to establish the first government-sanctioned Israeli settlement in some twenty-five years—to replace the outpost of Amona, which was slated to be demolished after Israel’s High Court of Justice ruled that it was illegal. The new expansion is the only Israeli plan for construction that would be against the stated position of the Trump administration, because it would represent a new settlement. It is difficult to believe that the timing of Israel’s announcement and the Trump administration’s statement was coincidental.

Recent developments raise several questions with regards to U.S. policy on the settlement issue. First, Secretary of State Rex Tillerson was sworn in within twenty-four hours of both announcements, so to what extent will subsequent White House statements be shaped by traditional State Department language? Second, how will Trump or Tillerson react to the Israeli vote on a controversial bill that would legalize four thousand settler homes in West Bank outposts on private Palestinian land? The Times of Israel reports that Netanyahu warned the White House about the vote. What will the Trump administration’s public response be if it is asked about the warning? Israel’s High Court of Justice will likely strike down the bill, just as it ordered the demolition of Amona after ruling the outpost as illegal. Netanyahu may be counting on that. Nevertheless, both the current bill to retroactively legalize settler homes and the announced plans to establish a new settlement in place of Amona represent two examples that “may not be helpful,” according to the Trump administration’s current policy.

Much of the recent analysis on the bilateral relationship has focused on what Netanyahu wants from the Trump administration. The better question is: what does Trump want? As Leon Hadar has suggested, President Trump probably has more leverage with the Israeli prime minister than most people realize. Trump likes to negotiate, so he will likely not be giving away concessions to Israel for free—not even an abrupt move of the U.S. embassy from Tel Aviv to Jerusalem.

Perhaps the most intriguing question facing the bilateral relationship is: will Trump seek Israel’s acquiescence in a new U.S.-Russia understanding over Syria, including joint U.S.-Russia assaults on ISIS? Such an arrangement would leave Iran and Hezbollah empowered and entrenched along another of Israel’s borders. What will that mean for U.S.-Israeli intelligence sharing if Israel believes that what it shares will end up on the desk of Russia’s Federal Security Service or other Russian intelligence agencies? Does Trump intend to make Russia choose between closer relations with the United States or Iran? Or does he believe he can simultaneously defeat ISIS and push back on Iran while keeping Moscow happy? What would be Israel’s response to those scenarios?

Netanyahu probably sees the Middle East in a more black-and-white context, whereas Trump’s campaign rhetoric has left much room in the gray. In the Middle East bazaar of policy trade-offs, the Israeli prime minister’s visit will be an interesting opportunity to clarify where their visions overlap and diverge.

Matthew RJ Brodsky is a senior Middle East analyst at Wikistrat and former director of policy at the Jewish Policy Center in Washington, DC. He can be followed on Twitter: @RJBrodsky.

Image: The Dome of the Rock and East Jerusalem. Pixabay/Public domain