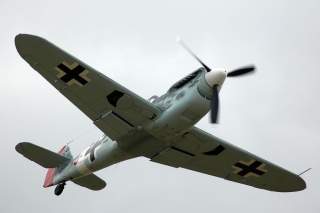 Image: An HA-1112, based on a Messerschmitt model. Wikimedia Commons/@Kogo