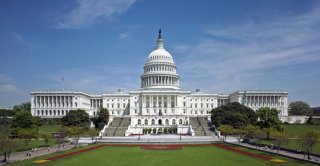 Lately political analysts have been occupied by a debate for the ages: Is the House of Representatives’ current predicament more like House of Cards or Game of Thrones?

I would argue that at least the latter comparison is a bit of a stretch, given the notable lack of disembowelments in the cloakroom. But there’s still been plenty of juicy drama seeping out of the House over the past two weeks. First, John Boehner announced he would resign as speaker after receiving inspiration from the pope. Then Boehner’s hand-picked successor, the majority leader Kevin McCarthy, was challenged by Jason Chaffetz on behalf of House conservatives. McCarthy quickly dropped out after supposedly realizing he couldn’t unite the Republican caucus. And now establishmentarians and conservatives alike are haranguing a hesitant Paul Ryan to run for speaker.

Throughout, rumors have dashed around the Beltway that McCarthy bowed out because he was having an affair with a congresswoman. We have no reason to believe that’s true, though it would fit neatly with precedent. The last two Republican speakers of the House, Dennis Hastert and Newt Gingrich, were embroiled in sex scandals—and it would have been the last three speakers had Bob Livingston not withdrawn his name from consideration after it was revealed he had an affair.

It’s not just that congressmen have, as Henry Adams put it, “a trick of looking up to the ladies’ gallery.” Before the extraordinarily effective Nancy Pelosi, Democratic stewardship of the House was characterized by rampant check-kiting, the Congressional Post Office scandal, and Gerry Studds defending his relationship with a seventeen-year-old page. In 1989, Democratic Speaker of the House Jim Wright resigned from Congress after it was discovered he’d skirted the rules on speaking fee limits. That probe was launched by Newt Gingrich, who himself was later the target of ethics investigations.

So proceed with caution when reading articles with headlines like “Congress in chaos” and “Republicans coming apart.” As history shows, lower chamber politics is usually a messy affair. The House will endure this, just as it endured Gingrich and Wright and Studds.

In fact, today’s congressional tumult is preferable to that of the 80s and 90s. Allegations against McCarthy aside, the current unrest isn’t about scandal but genuine differences within the Republican caucus. The GOP class of 2010 brought with it a new emphasis on fiscal conservatism that the big-spending Bush years had lacked. Government waste, budget busting, crony capitalism, and cumbersome bureaucracy all fell under the microscope. This raised key questions. What sort of government does the United States need? Can we snip up the budget without hurting economic growth? How much sway should business lobbyists have over GOP policy? Should the military have to sacrifice in the name of debt reduction?

Republicans still haven’t found all the answers. To give just one of many examples, the most recent House budget was hamstrung by infighting over whether to bust Budget Control Act caps and boost military spending. The Republican caucus has budget hawks and defense hawks, leadership and insurgents, libertarians, moderates, social conservatives—and the Obama presidency has loosened the glue between all of them. For years, “wait your turn” was the secret formula to Republican politics; in a bunch as amalgamated as this, it can’t be. The speakership is just another battle in this occasionally garish but necessary GOP civil war.

The Beltway narrative has always imagined the Republican caucus as a leadership clique of responsible Lincoln Chafee clones attempting to manage a paramilitary group of knife-biting right-wing extremists roaring for the blood of the Export-Import Bank behind closed doors. But the moderates vs. extremists dichotomy has always been myopic. To take just one example, Congressman Peter King was once regarded in Washington as a frothing zealot because of his anti-Islamic rhetoric. Today, he’s more likely to be identified as a moderate over his criticisms of Rand Paul and Ted Cruz. It’s the centrist perception of what constitutes an insurgent that’s changed, not King. It used to be national security activism; today it’s budget pruning. But both sides are still there and the fight between them has become more overt.

Whoever receives the gavel, whether it’s Paul Ryan or Cathy McMorris Rodgers—why is her name not in contention?—will not bring harmony to the Republican caucus. Only a clear sense of direction among members will do that, and that needs to come from the bottom up. The next speaker needs to accept the conflict, develop credibility among its ideologues, and be less of an institutional fetishist than Boehner, all while containing the civil war when it spills into government shutdown territory.

That’s a daunting task. But there’s nothing wrong with a little internal dialectic. Contra the squealing articles at Politico, House Republicans should keep calm and carry on.