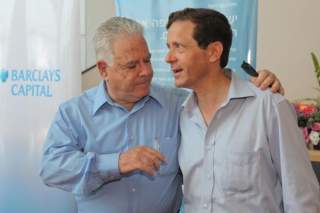 Israelis go to the polls on March 17, and in a time-honored tradition, international pundits are hoping for a political earthquake. This ballot, they say, will finally and completely determine whether Israel ever makes peace with the Palestinians, whether its inter-communal tension will devolve into civil war and whether it can stop an Iranian nuclear bomb before it is too late. However, it is likely that, like most of Israel’s preceding elections, this one will bring incremental rather than apocalyptic change, and Israel’s domestic, regional and foreign situation will remain largely the same as it had been before.

This is not to say that Israeli elections are inconsequential. The rise of Menachem Begin and his Likud party to power in 1977 brought an end to five and a half decades of Labor-movement dominance before and after Israel’s independence.

The 1977 upset—known to Israelis as the Ma’apach, or upheaval—inaugurated a 24-year period of competition between left and right, where right-of-center coalitions battled with their left-of-center counterparts, and during a six-year stalemate, had to cohabit under grand coalitions aptly named national-unity governments.

The coalition dynamics of that period may appear preferable to the current proliferation of personality cults, short-lived splinter parties and ad-hoc alliances, but it also reflects greater polarization within Israeli politics than at present. During that era, Israel witnessed the rise of the settlement movement and its polar opposite, Peace Now; it launched the 1982 Lebanon War, survived a financial crisis and hyperinflation; and confronted the First Palestinian Intifada, or uprising (1987-1993).

The 1992 elections restored Labor to power and ushered in direct negotiations between Israel’s Labor-led coalition and the Palestinian Liberation Organization. The issue was so divisive, however, that it dominated elections in the 1990s to the exclusion of other issues. Israel lived through the drama of Prime Minister Yitzhak Rabin’s assassination and, in what became known as the Second Intifada, suffered through the first wave of mass suicide terror attacks inside its population centers.

Ultimately, the Oslo Accords’ peace dividends were elusive. The traumatic impact of the Second Intifada still accompanies Israel’s collective psyche, and the 2001 and 2003 elections delivered a sound defeat to the pro-Oslo leadership. The collapse of negotiations and the Second Intifada undid Israel’s left but did not move Israel to the right. In fact, the dynamics of Israeli politics have since had one constant element in common—gravitation towards the political center.

The prevalence of right-of-center politicians and coalitions is deceptive. For starters, Israelis have reached a near wall-to-wall consensus on the enormity of the Iranian nuclear threat. Netanyahu’s Bar-Ilan speech in 2009—where he grudgingly accepted the notion of a Palestinian state—reads almost like the Labor platform that carried Rabin to victory in 1992 and formed the prelude to the Oslo process. If many voters moved to the right, in other words, it is also because right-wing politicians have met them halfway in the center.

A victory for the left-of-center alliance of ex-ministers Tzipi Livni and Isaac Herzog may change some, but not all, of the parameters of Israel’s regional and foreign policy. Some of their likely partners—the Yesh Atid party of the former celebrity newscaster Yair Lapid, Kulanu of ex-Likud minister Moshe Kahlon, and at least one religious party—are the same interlocutors that Netanyahu would court in his own efforts to form a coalition.

New parties have risen, triumphed, and disintegrated so quickly that it is hard to keep track of mergers and splinters. Despite the erosion of support for both Likud and Labor, Israeli politics have developed around a new national consensus that wants cautious leaders to navigate the geostrategic horizon prudently. Israelis are keen to reach a compromise with the Palestinians but despair of having one given ongoing Palestinian incitement and terror, the presence of Iranian proxies at Israel’s borders, and regional turmoil left unchecked by a retreating American superpower.

Increasingly, Israelis regard more ideological proponents of the settlements project with suspicion, but are loath to renounce strategic settlement blocs and the Jordan Valley to a Palestinian society increasingly dominated by Islamic extremists. Crucially, they have little faith in the Palestinian Authority’s ability to prevent a West Bank a replay of the scenario that followed the withdrawal from the Gaza Strip ten years ago—with thousands of rockets indiscriminately launched at its civilian centers. That is why, ultimately, whoever wins will have to embrace that consensus and govern from the center.

There’s the rub. Those who view Israel’s elections as a clash of titans on which the fate of Zionism depends fail to see how stable the Israeli political system is. The truth is less exciting and more mundane.

The upcoming elections are unlikely to usher in another upheaval. A victory for either the Likud or Herzog-Livni camps will more likely occur by the thinnest of margins, and will have to rely on a broad coalition of centrists and possibly religious parties to keep afloat. Gone are the days when Labor or Likud could, alone, win at least a third of Knesset seats. Whoever emerges victorious will have to strike deals with the plethora of small parties occupying Israel’s center, while accommodating their natural allies to their right and left.